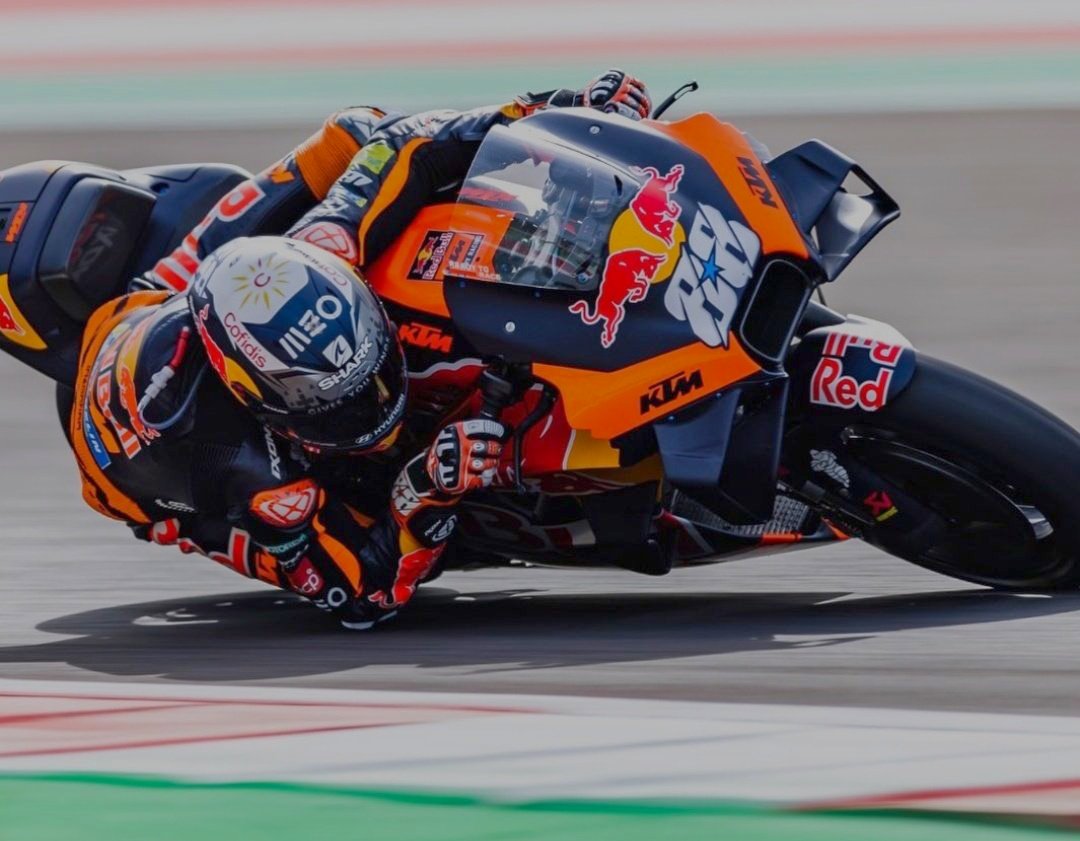 After over an hour delay to proceedings due to heavy rainfall in Lombok, at 16:15 local time, for the first time in 25 years, it was lights out in Indonesia for the premier class. Quartararo got an outstanding launch from pole position and comfortably collected the holeshot. Oliveira made a lightning start from P7 to grab P2, and Jack Miller (Ducati Lenovo Team) was swiftly up to P3 from P6 on the grid.

Rins and Zarco got the better of Quartararo, but they faced a 2.4s gap to Miller and Oliveira. The latter carved his way past the Ducati of Miller at Turn 12 on Lap 6 to retake the lead, with Francesco Bagnaia (Ducati Lenovo Team) somehow staying on his GP22 after a huge moment going into Turn 1. The Italian was down to P12 behind Pol Espargaro (Repsol Honda Team) and Brad Binder (Red Bull KTM Factory Racing), with Championship leader Enea Bastianini (Gresini Racing MotoGP™) P20 from fifth on the grid – and struggling.

Having just got the better of Franco Morbidelli (Monster Energy Yamaha MotoGP™) for P7, Jorge Martin (Pramac Racing) caught one of the puddles at Turn 1, and unlike Ducati counterpart Bagnaia, there was no saving a crash for Martin. The 2021 Rookie of the Year was down, out, but thankfully ok. Meanwhile, Oliveira had stretched his lead to 1.6s. Miller was second, Rins third, Zarco fourth, and Quartararo fifth with 12 laps to go.

At half race distance, Zarco was the quickest rider on track. A quality move followed on Rins at Turn 12 for P3, and Miller wasn’t far up the road. Oliveira, however, was. 3.5s was now the Portuguese star’s advantage heading into the second half of the race. Zarco was looking desperate to pass Miller, while just behind, Quartararo had found some great rhythm. El Diablo was back into P3 with five laps to go, as he and fellow Frenchman Zarco scrapped away.

Quartararo was the fastest rider on track and was back up to second on Lap 16 of 20. Zarco, eventually, followed the Yamaha man through to get the better of Miller, and with three laps to go, was a special comeback from Quartararo on the cards? The gap was slashed by a second on Lap 17, Oliveira’s lead was down to 3.4s – game on?

Oliveira responded though. The gap came down, but only by a couple of tenths. At the start of the last lap, it was 2.8s, so barring an error, Oliveira just needed to bring it home. Quartararo had a 0.9s buffer to Zarco, who in turn had 2.3s in hand over Miller.

The last lap was completed without worry for Oliveira. An absolutely stunning performance at a rain-drenched Pertamina Mandalika Circuit to claim victory for the first time since the 2021 Catalan GP. Quartararo picked up a phenomenal P2 that will feel like a win for the Frenchman, and it’s a return to the rostrum for the first time since Barcelona 2021 for Zarco in P3.

Marc Marquez (Repsol Honda Team) was declared unfit for the Pertamina Grand Prix of Indonesia after suffering a concussion in his huge Turn 7 Warm Up crash.

The eight-time World Champion visited a local hospital for further checks after a nasty highside towards the end of the 20-minute Warm-Up session on Sunday morning. Marquez has since returned to the Pertamina Mandalika Circuit, but, unfortunately, the number 93 was not allowed to race in Indonesia due to the aforementioned concussion he suffered.

Marquez will now be aiming to be fully fit for the Grand Prix of Argentina in two weeks’ time.

Dr Angel Charte: “Marc is fine. He had a high energy crash in the Warm-Up, which resulted in a head injury. Initially, we examined him here and then referred him to the hospital in Lombok. He underwent several radiological tests, which were negative. In agreement with the rider and the team, and due to the fact that this type of pathology requires a period of observation between 12 and 24 hours, the rider, the team and the MotoGP medical staff have decided to declare him as unfit.”