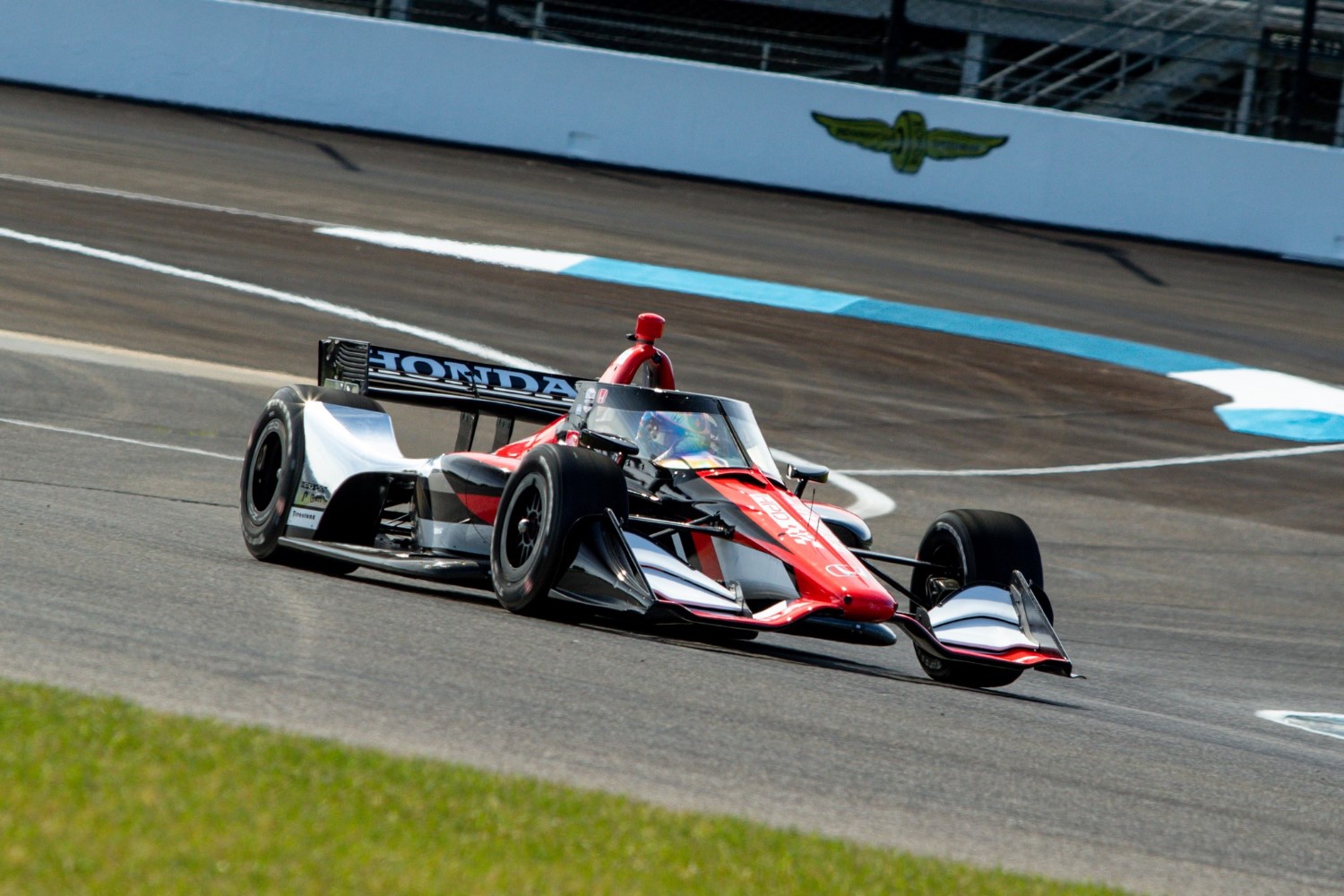 Despite air temperatures that hovered around 40 degrees in Indianapolis on Monday afternoon, Honda and Chevy managed to turn the first laps of the 2.4-liter twin-turbo V6 IndyCar engine on the Indianapolis Motor Speedway road course.

With six-time INDYCAR SERIES champion Scott Dixon at the controls of the Honda test chassis operated by Chip Ganassi Racing, the new internal combustion engine (ICE) was put through its paces on a modified version of the 13-turn, 2.6-mile Indianapolis Motor Speedway road course layout that hosts two races each year on the NTT INDYCAR SERIES schedule.

“This is an important step for HPD, Honda and INDYCAR as the series moves into the electrified era, and it was a successful day,” said David Salters, HPD president and technical director, “but there are many more steps to take before the full, hybrid power unit debuts in 2024.  The all new 2.4-liter E85 bio-fueled engine has been designed, simulated, developed, dyno-tested, manufactured and assembled by the inspiring Honda men and women at HPD in California.  We set ourselves these challenges to develop our people and technology here at HPD.

“We are very proud of the amazing team at HPD and our Honda “challenging spirit”.  There is still a very, very long list of things to be accomplished before the power unit is tested in competition, but this is certainly a major milestone for everyone at Honda Performance Development”

Although low temperatures in the morning delayed the start of the test, Dixon and the Ganassi team completed the full list of opening-day test items prepared by HPD engineers without any issues.  A second day of running is planned for tomorrow (Tuesday), with slightly warmer temperatures in the forecast for Indianapolis.