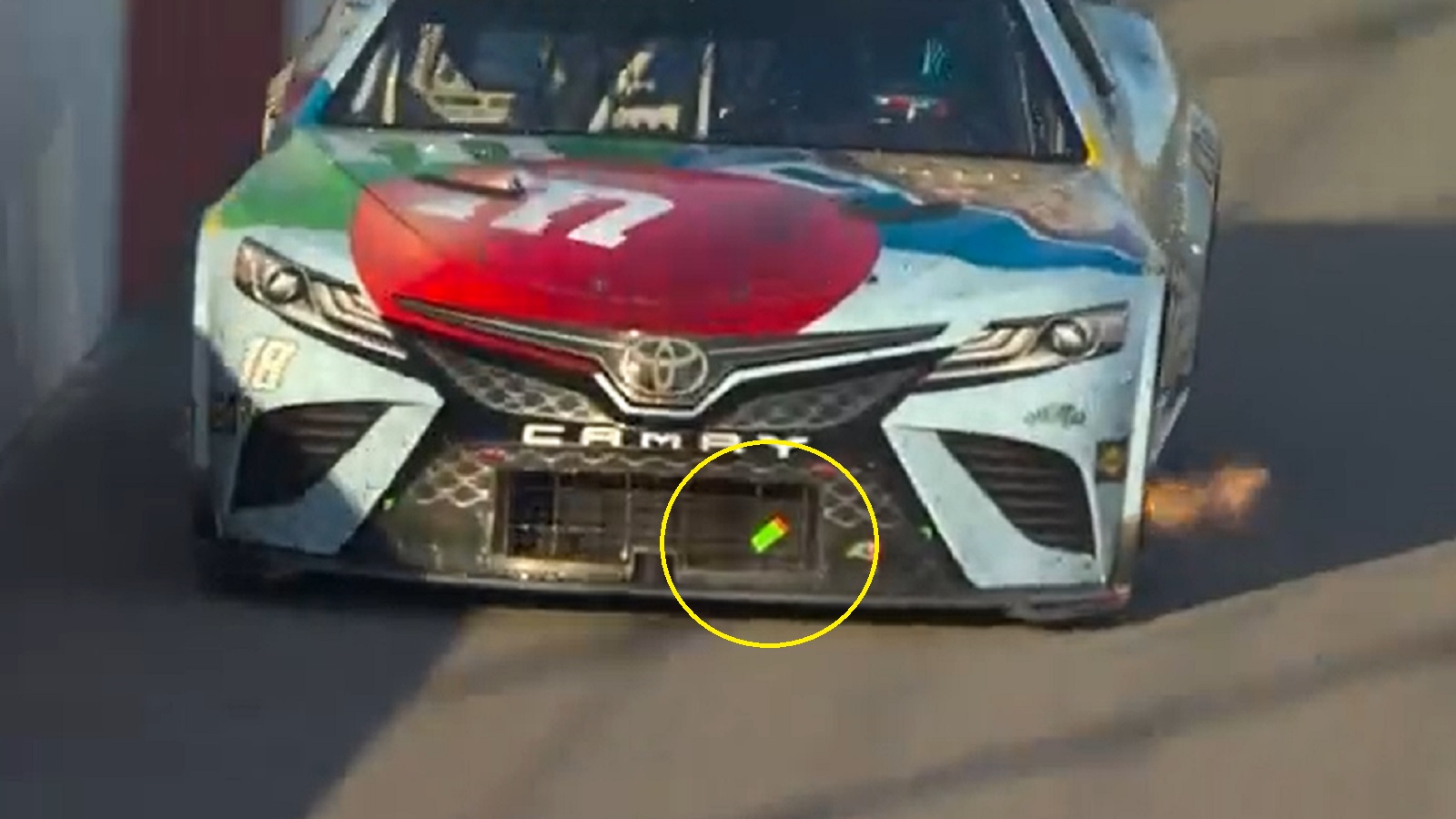 NASCAR screwed up Sunday in Richmond because it failed to act in a timely manner.

To keep all the cars equal, NASCAR uses the amount of airflow through the grill of the race car to help equalize the performance of each make of car.  Hence, no longer can teams add tape to the front grill with the new Next-Gen cars.

Kyle Busch was penalized with a black flag during Sunday’s NASCAR Cup Series race at Richmond for having illegal tape on his grille, and the timing of the penalty flag did not sit well with his team.

Busch was running sixth with under 30 laps to go when he received the black flag, forcing a trip to pit road to remove the tape.

FOX analyst Larry McReynolds said that Busch’s crew intended to put the tape on the brake duct but missed it by about four inches.

What bothered Busch’s Joe Gibbs Racing team is that the No. 18 Toyota Camry was running with the tape on the grille for about 200 laps before officials brought out the black flag. Joe Gibbs said after the race that he felt there were numerous other opportunities for the issue to have been pointed out to them so they could correct it.

By waiting so long to assess the penalty, it robbed the Busch team time to make up lost track position.