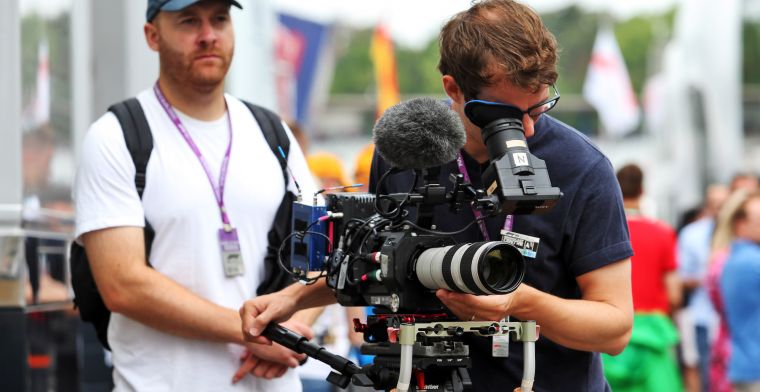 There have been some questions whether Season 4 of Drive To Survive 2021 would be the last season of the F1 sensational docuseries.

The answer is no.  It has been a sensation – the #1 Netflix show in 33 countries worldwide – for F1 to ever consider nixing it.

Some drivers have criticized the series for dramatizing some scenes.  It would be better for them to stick to driving because it’s clear they don’t understand how to make compelling TV.

The goal of the docuseries is to grow the sport globally, which it has done.  If the sport grows, so do driver salaries, but perhaps they are too stupid to understand this simple concept.

Instead of getting their panties in a knot over a bit of dramatization, they should pull up their big boy pants and do everything they could to help grow the sport.

A rising tide raises all ships.

F1 CEO Stefano Domenicali confirming that Drive To Survive will air a fifth season. Here’s what Adam Stern writes on that at Sports Business Journal:

F1 plans to bring the “Drive To Survive” docu-series back for a fifth season, as CEO Stefano Domenicali dismissed the idea that it might not return. A source confirmed that filming for next year has already begun. The popular Netflix series debuted its fourth season last month, and the total audience for it has already exceeded that of Season 3, according to Liberty Media President & CEO Greg Maffei. However, the show has come under criticism for perceived embellishments and sensationalism in editing.

The fifth season has yet to be formally announced. But speaking to SBJ last week on the night of the Las Vegas Grand Prix announcement, Domenicali responded “no” when asked if this could be the final season of the show and added that the docu-series “has been great stuff — it’s had a tremendous impact.” The series helped spark F1’s growth in America in ’20 during pandemic lockdowns. It is produced for Netflix and F1 by Box to Box Films.

So there will be more Drive To Survive for at least this current F1 season. We’ll see how the show evolves, especially after some notable drivers have opted out, and how viewers respond.