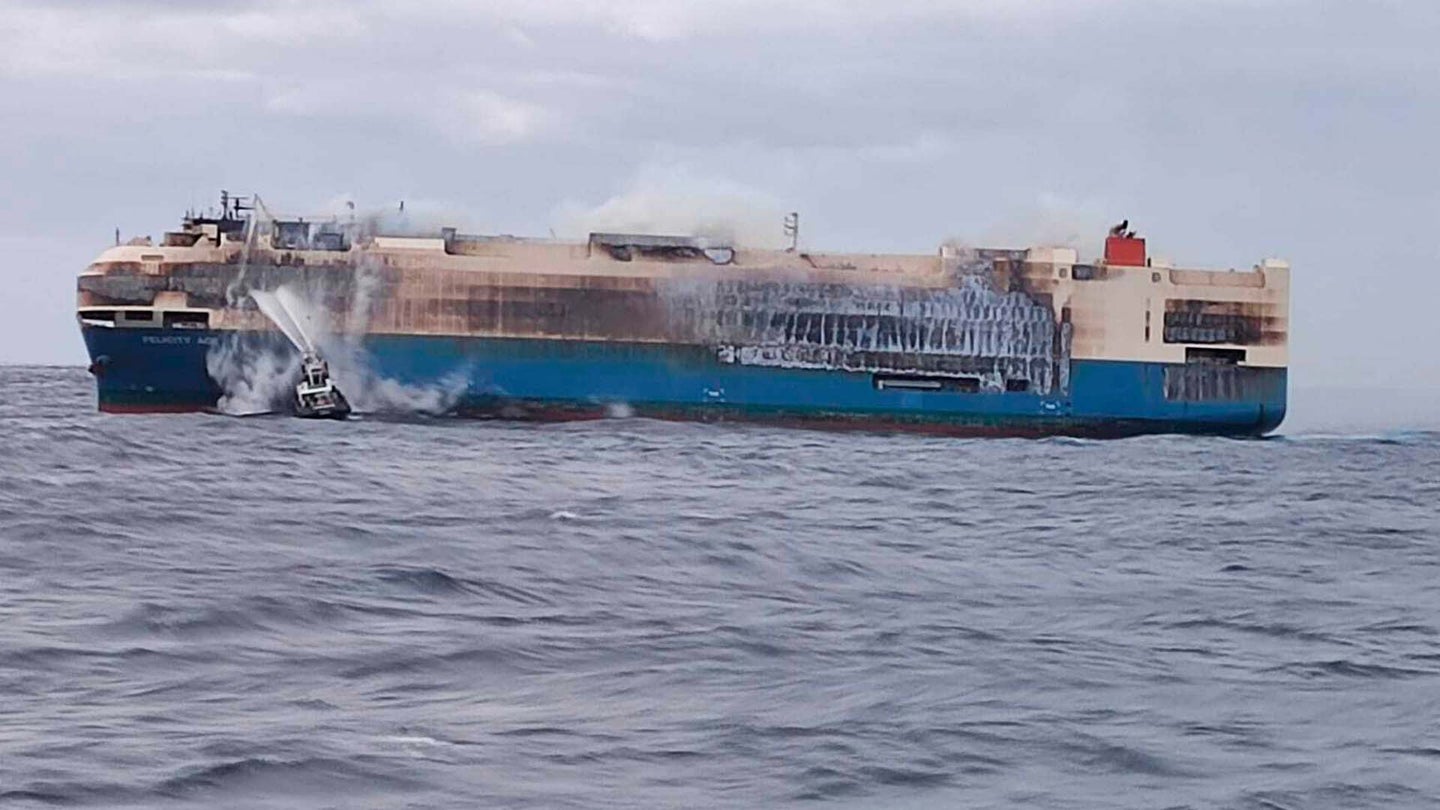 The recent sinking of the Felicity Ace car carrier is already having an impact on the broader shipping industry. Automotive transport companies are beginning to implement policies restricting or outright banning EVs out of concerns for the fire risks posed by batteries, reports Splash.

Japan’s Mitsui OSK Lines (MOL) suffered greatly earlier this year when its ship, the Felicity Ace, was lost to a fire that broke out during transit of the Atlantic Ocean. Around 4,000 cars were lost, with the manifest including the last run of Lamborghini Aventadors and one enthusiast’s Honda Prelude. The incident incurred losses for the company on the order of $500 million according to law firm Vinson & Elkins. With the ship having sunk, the cause of the fire will likely remain a mystery, but the EVs carried onboard are suspected.

Lithium Ion batteries are known for their spontaneous combustion capabilities in both laptops and electric cars.