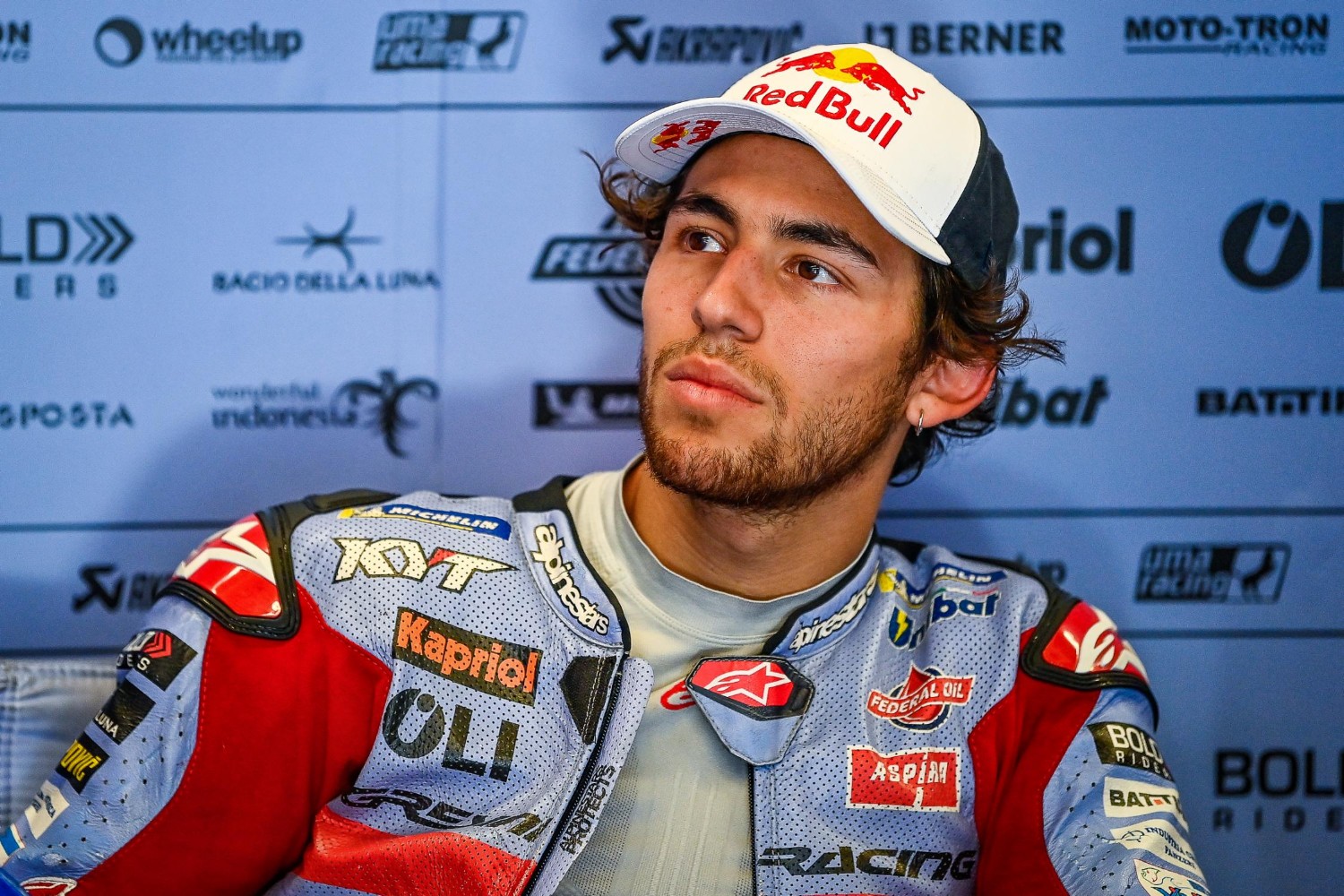 Enea Bastianini  is now a two-time MotoGP race winner in 2022 by winning the Red Bull Grand Prix of The Americas to retake the World Championship lead heading to Europe. The Beast led home Alex Rins and Jack Miller as the Suzuki and Ducati duo scrapped it out on the last lap for P2 and P3.

Marc Marquez went from dead last on lap 1 to finish 6th, just 6.6 seconds behind the leader.

As the lights went out, Miller got the best start of the leading Ducati trio on the front row and grabbed the holeshot ahead of Jorge Martin (Pramac Racing) and Francesco Bagnaia (Ducati Lenovo Team). It was a nightmare start from P9 for Marc Marquez (Repsol Honda Team) though, something went wrong off the line for the eight-time World Champion and at Turn 1, the number 93 was plumb last.

Bastianini then got the better Bagnaia for P3 on Lap 1 as Martin lunged for the lead at the penultimate corner. Miller instantly retaliated at the final corner though and it was the Australian who held the race lead baton on Lap 2. It was a Ducati 1-2-3-4-5, Johann Zarco (Pramac Racing) scrapping away with Pecco for P4, with Fabio Quartararo (Monster Energy Yamaha MotoGP™) and Team Suzuki Ecstar duo – Rins and Joan Mir – P6, P7 and P8 behind the Desmosedici quintet.

On Lap 5, Marc Marquez had climbed his way up to P13. Further up the road, Rins pounced on Pecco and the Ducati stranglehold had been breached on Lap 6. Lap 7 saw Marc Marquez pass teammate Pol Espargaro at Turn 12 and in doing so, Marquez was inside the top 10 – 0.6s off Aleix Espargaro (Aprilia Racing) in P8 and just five seconds off the lead.

Rins was an absolute demon on brakes into Turn 11 and the Spaniard picked off Zarco in Lap 9. Crucially, the Suzuki man held the Frenchman at bay coming out of Turn 12 as Rins latched himself onto the coattails of third place Bastianini. Rins dived up the inside of the Italian at Turn 11 on the next lap, but Bastianini was able to power back past on his GP21 rocket ship. Meanwhile, Marc Marquez had picked off Aleix Espargaro and had Quartararo next on his list, as the number 93 set the fastest lap of the race on Lap 11 of 20.

Lap 12 saw Bastianini slice past Martin at Turn 1 into P2, Rins followed Bestia through and into P3, as Miller opened up a 0.7s lead. Bagnaia and Mir got the better of Zarco, Mir then passed Bagnaia on Lap 13, as the top nine riders down to Marc Marquez were split by five seconds – and the latter, once again, set the fastest lap of the race.

It was all happening. Lap 14 saw Quartararo push his way past countryman Zarco, Marc Marquez then passed Quartararo on the back straight as both Mir and Pecco made their way through on Martin. Bastianini, in second, set the best lap of the race as Miller’s lead was cut to 0.3s. The top two had 1.4s in hand to Rins, who in turn had 1.3s to teammate Mir.

Now, how would Miller respond? Bastianini eked out about three tenths and with three laps to go, the gap was half a second. Rins was now 0.7s behind Miller, Mir was a further second down the road, Bagnaia 0.8s off Mir, as Marquez and Quartararo shoved Martin down to P8.

On Lap 18 of 20, Bastianini stretched his lead to one second and that famous late-race pace he possesses was yet again soaring to the surface. Miller’s main job now was to keep Rins at bay. Starting the final lap, Bastianini had 1.6s in his pocket but Miller had just 0.3s to Rins. Mir was 1.3s off the podium scrap, Bagnaia was a lonely P5 with Marc Marquez and Quartararo fighting tooth and nail for P6.

Turn 11, Rins’ favorite corner, saw the Suzuki man get by. But Miller got his Ducati hooked up on the straight and the Aussie was back into P2. Miller was defending well but Rins got a great run out of Turn 18, and at Turn 19, Rins was up the inside. Rins got it stopped and turned to perfection, no way back for Miller, as Bastianini rounded the final corner to win his second race of the season and claim COTA’s converted crown. Rins produced a stunner to pip Miller, the latter enjoying his first rostrum of the season.

An Americas GP masterclass was put on by Marc Marquez as he carved through the field, overcoming a problem at the start to show what he and the Honda RC213V are capable of. Pol Espargaro dug deep to conquer illness and net more points.

The King of COTA may not have walked away with another crown, but a heroic recovery after problems on the start line showed that Marc Marquez has lost none of his speed or talent – especially in Texas. A technical problem at the start, which Honda HRC are investigating, saw Marquez drop back from ninth on the grid. Arriving last into Turn One, the seven-time Americas GP winner put the start behind and began his comeback through the field with unrelenting efficiency. By the end of the first lap the #93 had already made up six places and would continue with the lap times of the race leaders.

As the race entered its second half, Marquez continued to increase his pace, improving on the fastest lap of the race on multiple occasions as he reeled in the likes of Quartararo, Martin and Bagnaia. Firmly inside the top ten, the Repsol Honda Team rider spent the closing laps fending off a ferocious Fabio Quartararo who launched a late counterattack.

“On one hand I am disappointed because it is clear we had the speed today and I was able to enjoy the race a lot, coming through from the back, but 25 points were possible today. We had a technical problem at the start, but it resolved itself and the bike was working well after that – even if I was last. I recovered many positions and had a great race despite some mistakes, which is normal when you are recovering like this. We can see the speed is there and we can walk away from here with a lot of confidence which is important. At the end we had a really nice battle with Fabio but when the race finished, I was destroyed, from that first lap I was giving everything I had on track to recover and finally finish in sixth. Another exciting race in Texas.”