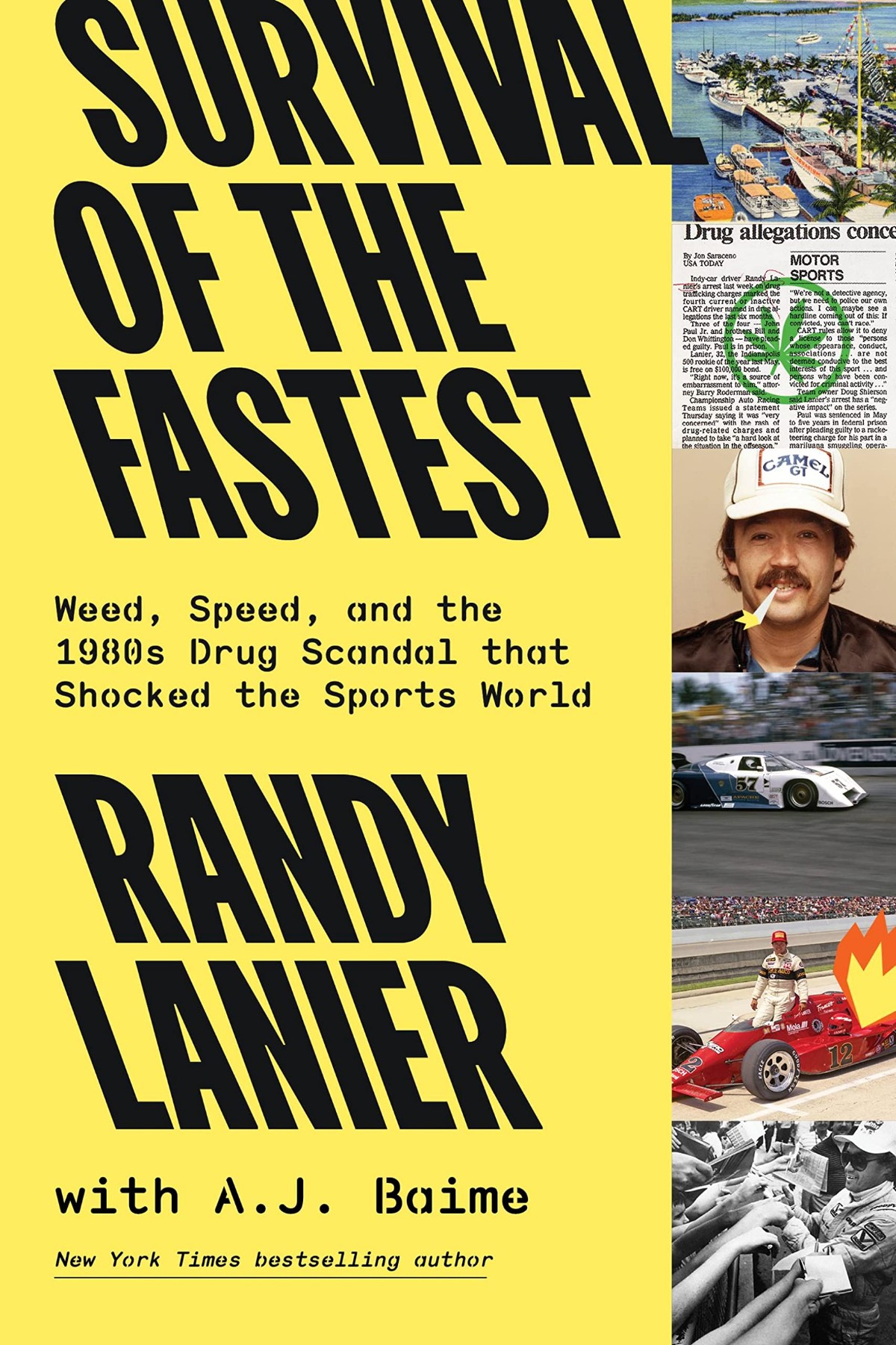 Survival of the Fastest: Weed, Speed, and the 1980s Drug Scandal that Shocked the Sports World (Preorder Here)

As featured on Netflix’s “Bad Sport,” the high-octane, Seabiscuit-meets-Scarface story of how IndyCar driver Randy Lanier became a 1980s international sports star, soaring through the ranks of car racing while holding a dark secret: he was also one of the biggest pot smugglers in American history.

As a kid, Randy Lanier dreamed of achieving four-wheel glory at the Indianapolis 500, but knew he’d never be able to afford the most expensive sport on earth. That all changed when he bought a speedboat and began smuggling pot from the Bahamas. Fueled by what would become a historically massive smuggling operation, he started racing cars and became an overnight sensation. For Randy and his teammates, money was no object, and bigger hauls meant faster cars. At every event they attended, they were behind the wheel of the best machinery, flaunting their secret in front of huge crowds and live television cameras. But no matter how fast they drove, they couldn’t outrun the law. As Randy came ever closer to reaching his dream of high-speed glory, one of the biggest drug scandals ever to hit the professional sports world was about to unfold.

Set in the 1980s Florida of Miami Vice, this is the unbelievable, unforgettable, unparalleled story of an ordinary guy whose attempts to become famous doing the thing he wanted most—become a world class race car driver—devolved into a you-can’t-make-this-up tale of one of the biggest crime rings and drug scandals of the 1980s. Now, with the help of New York Times bestselling author A.J. Baime, Randy tells the whole truth for the first time ever, a gripping narrative unlike any other, a sports story for the ages, and shocking a true crime epic.