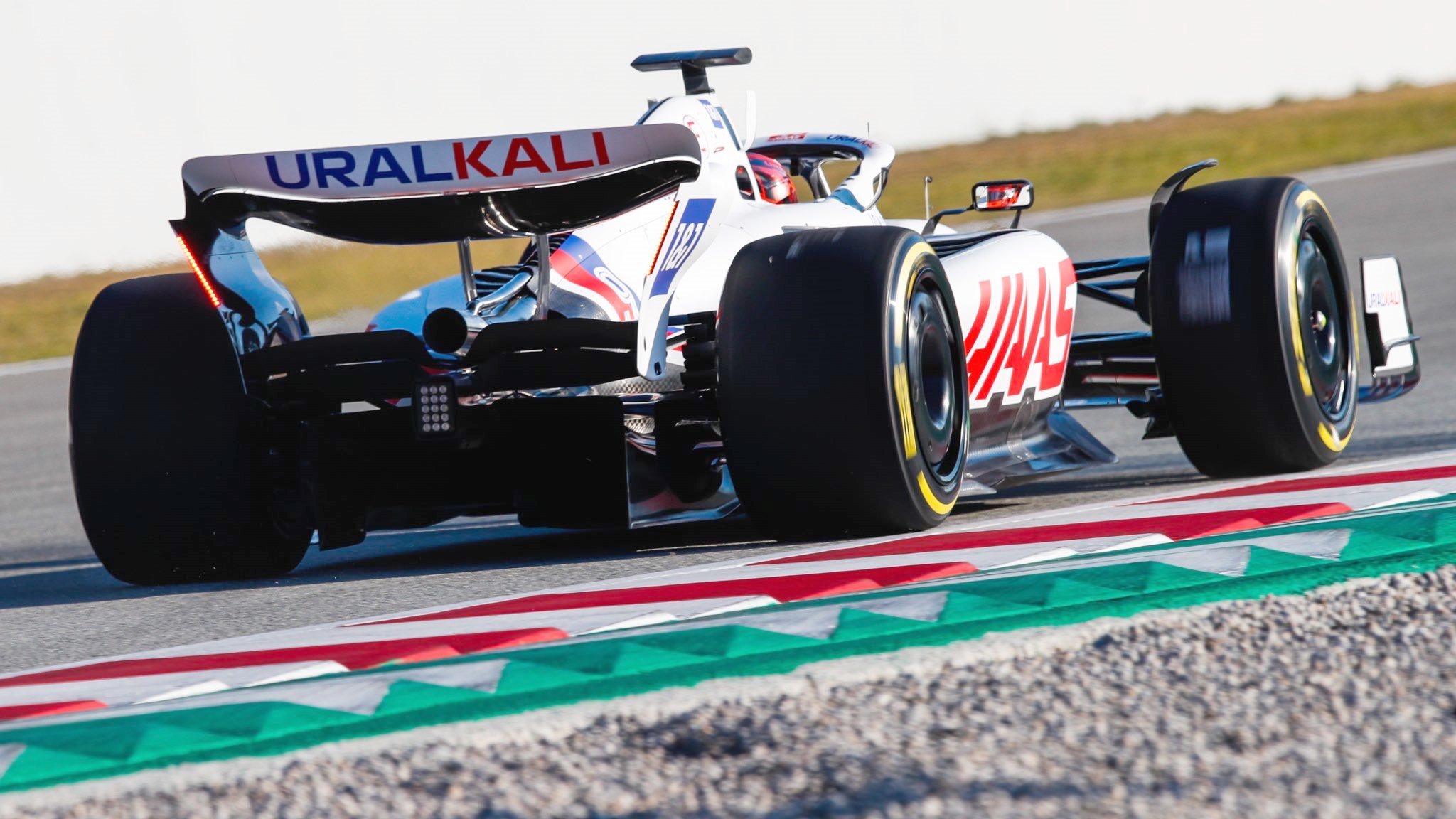 “I understand that they were under pressure, and it was impossible not to break the contract with Nikita,” the Match TV broadcaster admitted.

“But after they cooperated for a year, they survived last year with Uralkali’s money and built a good car this year.

“So it was possible for them to behave differently than this,” Popov added.

In fact, Popov says he is in “total shock” about the latest reports about Haas.

“Remember how the Mazepins begged for a new chassis and paid more than the sponsorship contract to build it,” he said.

“I’ve heard stories that Haas employees left because their salaries were too low, and Dmitry Mazepin paid them personally to stay.

“And now, it’s not just ‘we took the money, and we won’t give it back’, but also ‘you need for pay us extra even through your driver is no longer in the car’,” Popov added.

Nikita Mazepin, who was even named personally in the sanctions against Russia and Vladimir Putin, also hit out at Haas over the financial dispute.

“The big problem is that in this sport, teams are allowed not to return sponsor funds, violating the terms of the contract and even demanding to pay more,” he said.

“At the same time, they continue to say that they do not want money from Russia.”

“I am sure that a fairly serious team of lawyers will now work for Uralkali to correct this process,” she told the Sport-Express newspaper.

Finally, 23-year-old Mazepin hit back at the idea that he is in Putin’s “inner circle”.

“I think everyone is now in the inner circle,” he smirked. “It seems as if every businessman, every athlete and every artist deals with the Kremlin on a daily basis, and of course, that is not the case.”

The Russian driver said he is not yet hanging up his F1 helmet.

“I just have to be patient and wait for things to settle down,” said Mazepin. “I also don’t know who to go back with because obviously the Haas team didn’t have the best behavior in my opinion.”

The Haas Formula One team has rejected former title sponsor Uralkali’s demand for a refund of $13 million and asked for compensation from the Russian company, according to a report by Motorsport.com.

Haas cancelled the contract, not Uralkali.  The Uralkali name is no longer associated with the Haas F1 team, hence the money should be refunded.

As much as no one likes what Putin is doing to Ukraine, keeping the Uralkali money is simply stealing.

However, the HAAS lawyers point to a clause in the sponsorship agreement stating Uralkali could not “injure, bring into dispute, ridicule, or lessen the public reputation, goodwill of favorable image of Haas.”

A Haas letter penned by their lawyer states: “According to unanimous legal scholars and case law, the party which terminates the agreement for breach of the other party is under no obligation to return to such party what it has already received under the agreement.

“The claim of Uralkali to obtain the re-payment of the down paid amount of EUR 12,000,000 [$13 million] is therefore ungrounded and rejected.”

This of course will not stand up in a court of law.  Uralkali DID NOT injure Haas. They did nothing wrong.  It is Putin attacking the Ukraine, not the Uralkali Fertilizer company.

Hence, to state that Uralkali must not “injure, bring into dispute, ridicule, or lessen the public reputation, goodwill of favorable image of Haas,” as a reason to not only terminate the contract but to also keep the money, is lunacy.