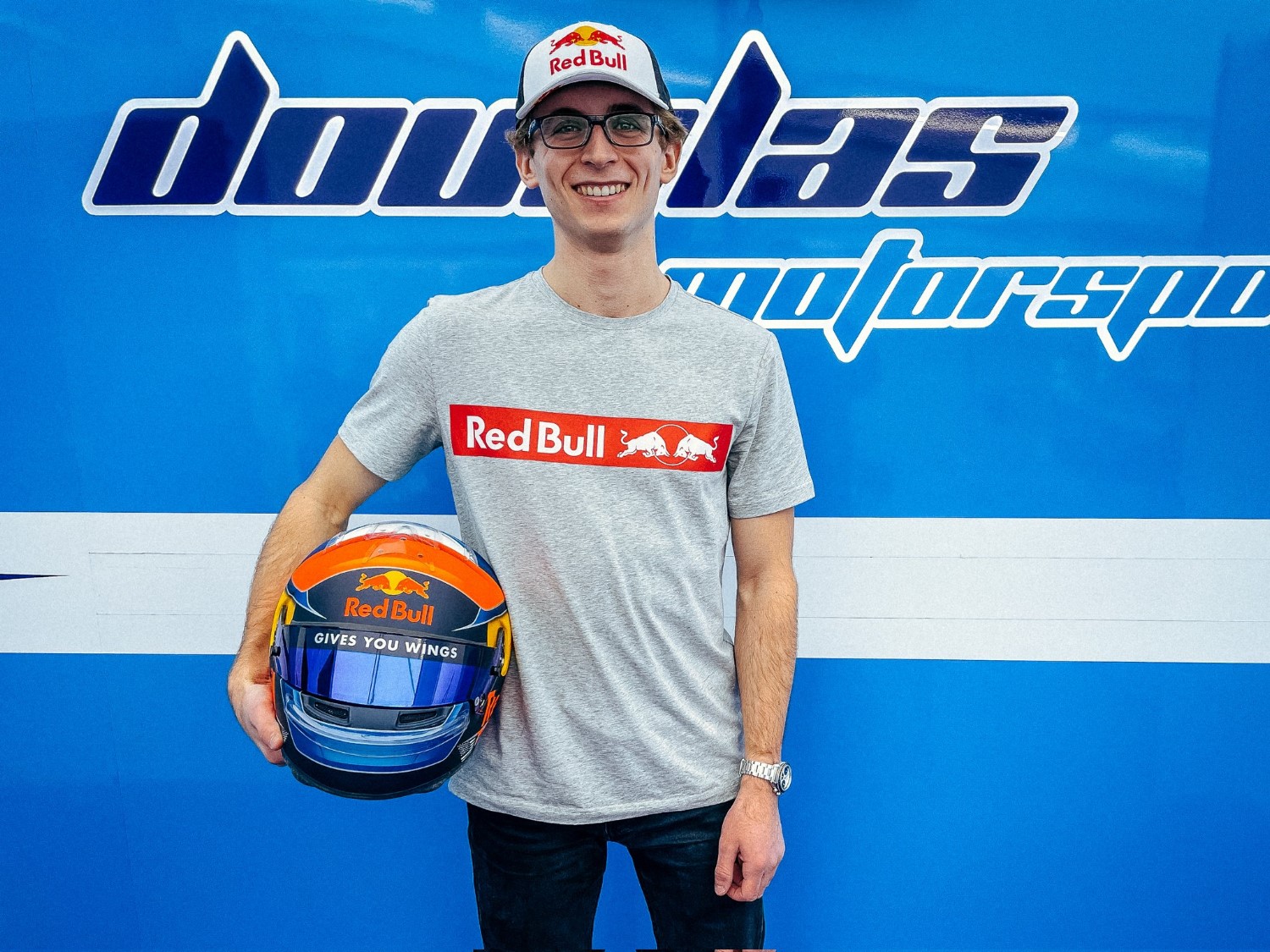 Race 1 of the GB3 series at Oulton Park Saturday saw Esterson qualify 11th in a field of 21.  His time was 1.050s off pole in afield of spec cars.

Perhaps he will fare better in Race 2 this weekend.

“Excited to begin working with Red Bull this year.

“Not much else to say other than thank you for the support  let’s get to work.”

We should stress, the press release doesn’t imply he’s become a Red Bull junior driver in any way.  That would be the next step. 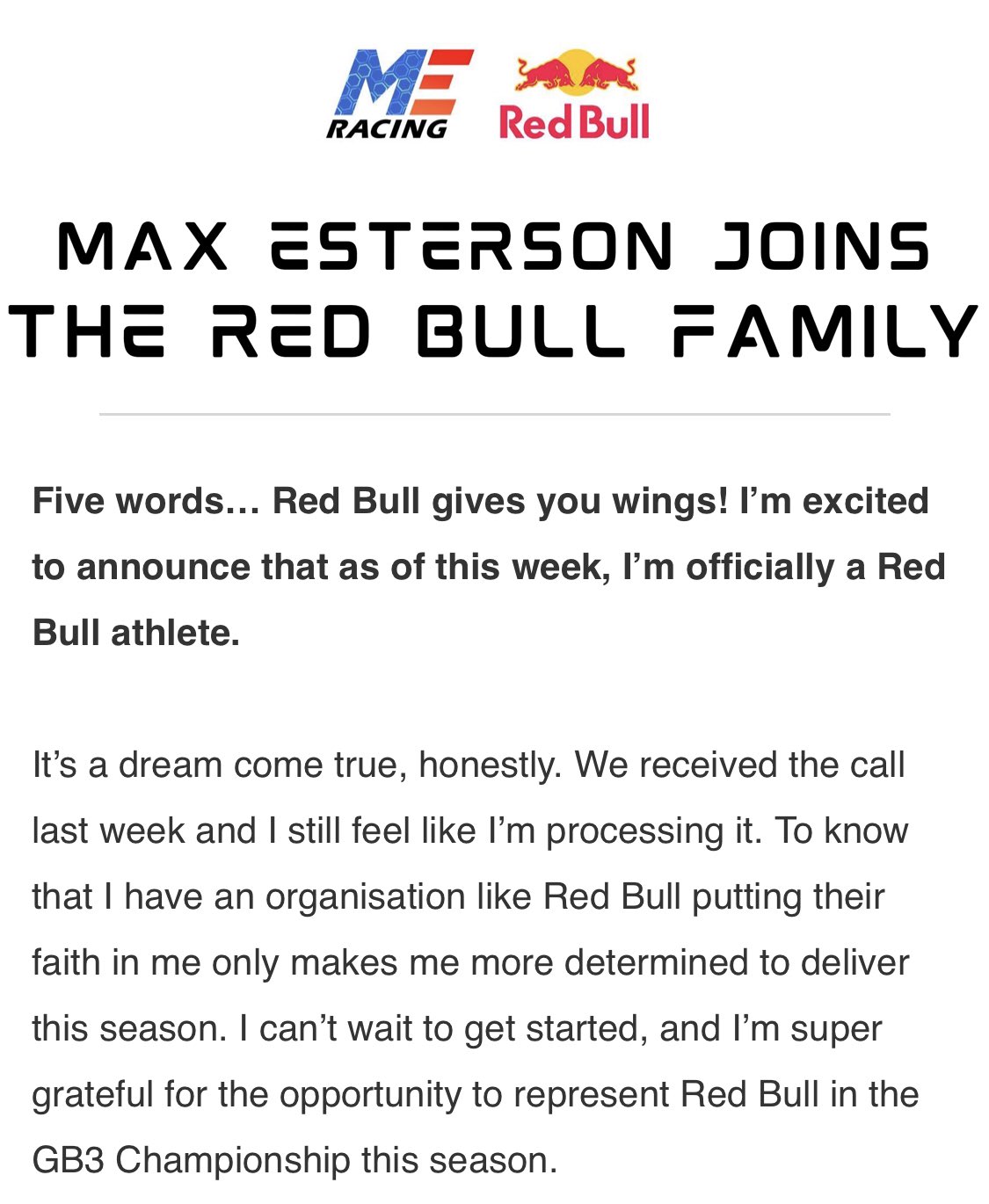