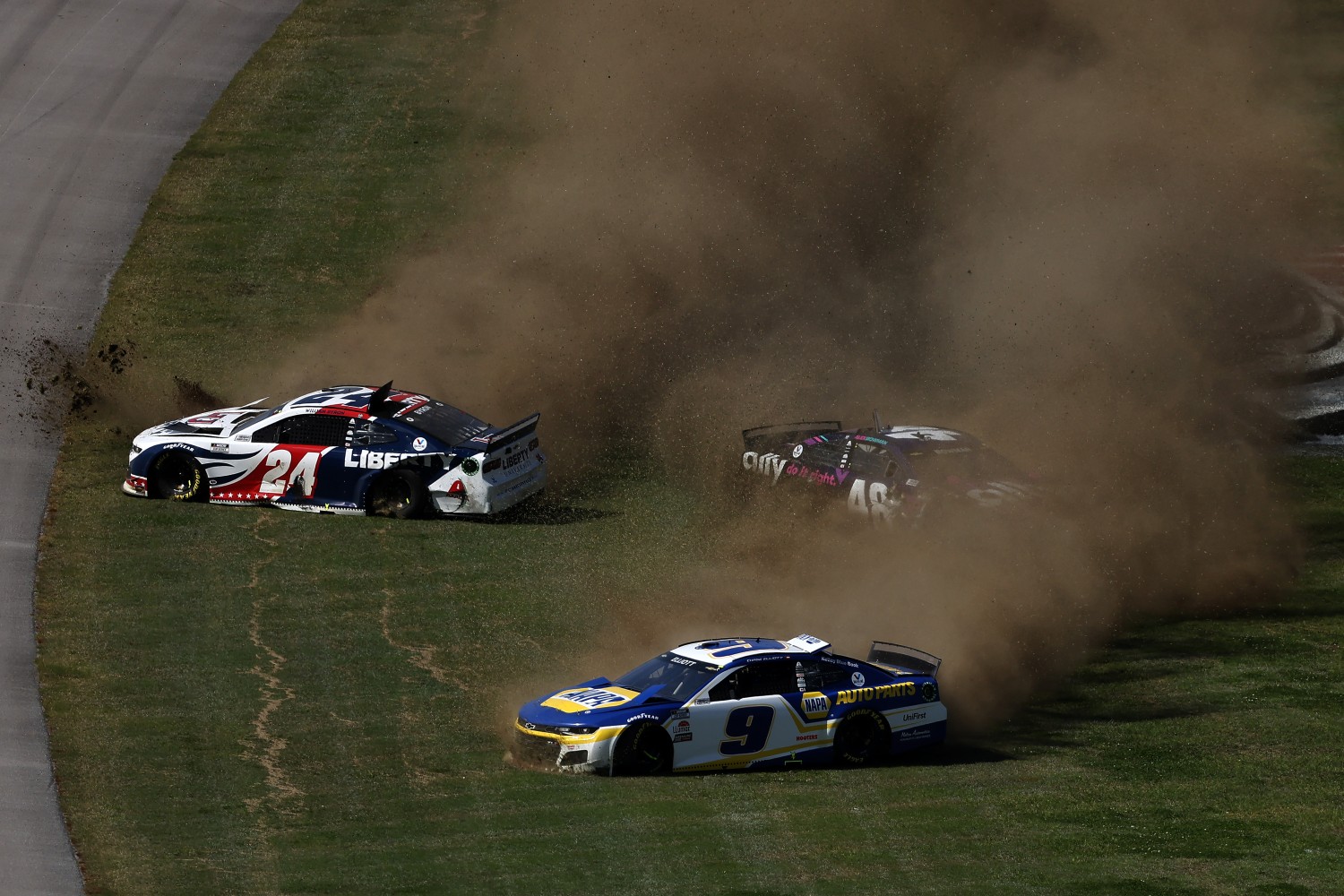 Talladega offers opportunity for some drivers to turn their seasons around

The famed Talladega (Ala.) Superspeedway is a track beloved for its high-action and unpredictability. And those are apt adjectives for NASCAR’s Cup Series competition this season as well – with eight different winners through the first nine races.

There have been four different winners in the last four races there, including a career first NASCAR Cup Series trophy earned by 23XI Racing driver Bubba Wallace last Fall (October). Former series champion Brad Keselowski is the defending winner of this Spring race and with six career Talladega victories is the winningest driver in the field. He actually boasts an impressive double the number of victories there as any other active driver.

A win would definitely be a huge boost for Keselowski, whose only top-10 finish of this season was a ninth place in the season-opening Daytona 500. The new owner-driver for RFK Racing was penalized after the Atlanta race when NASCAR inspectors found the team modified a “single source” supplied part on the No. 6 RFK Racing Ford. Keselowski lost 100 driver points and 10 Playoff points and crew chief Matt McCall was suspended for four races. And now Keselowski shows up at one of his career-best tracks ranked 30th in the driver standings.

A solid run – a victory this weekend – would go a long way toward turning the season around for the new driver-owner. He scored a win and a runner-up finish in his two Talladega starts last year.

Perennial crowd favorite Chase Elliott has led the championship standings for four of the last five weeks, the driver of the No. 9 Hendrick Motorsports Chevrolet currently holds a slim three-point edge on Team Penske driver Ryan Blaney and a 21-point advantage over Blaney’s Penske teammate Joey Logano heading to Talladega.

Interestingly, these three drivers ranked highest in the series driver standings are all still winless on the season. But they are all former Talladega winners and race favorites this weekend.

Elliott, who is from nearby Dawsonville, Ga. and considered a “hometown” favorite at Talladega, dramatically won the 2019 October Playoff race at the track, but has only a single top-five finish in the five races since. When it comes to superspeedways (at Daytona and Talladega), however, Elliott has collected six top-five and nine finishes on his career.

Blaney has two victories – in Fall, 2019 and Spring, 2020 – and is the first driver to score back-to-back wins at Talladega since NASCAR Hall of Famer Jeff Gordon swept the 2007 races. However, as with Elliott, Blaney has had a rough go otherwise, with only three top-10 finishes (including those two victories) in the last 11 Talladega races despite leading laps in eight of those 11 outings.

Logano, driver of the No. 22 Team Penske Ford, trails only Keselowski in the victory count with three wins, the last coming in the Spring, 2018 race. He also has struggled recently with only a single top 10 (third place in Fall 2020) in the last five races. He does boast nine top-five and 11 top-10 finishes in his 26 career starts, however, and has led laps in 12 of the last 13 races.

Any of these drivers has a compelling case to win this Sunday – past Talladega performance plus a desire to score that first 2022 victory.

And not to be overlooked is the season’s only multiple-winner, Elliott’s Hendrick Motorsports teammate William Byron. He was runner-up to Keselowski in this race last year and has top-five finishes in two of the last three Talladega races. The driver of the No. 24 Hendrick Motorsports Chevrolet scored his first career NASCAR Cup Series win on the series’ other superspeedway in Daytona Beach in August 2020.

“Talladega is one of those places where you just don’t know how your day is going to end up,” Byron said. “I think that’s why driving smart and just doing what you can to make it to the checkered flag is the main focus. Your race can change so fast if you’re in the wrong lane or you get caught up in someone else’s mistake.

“I think if you can avoid those things and finish the race, you’re going to have a decent result.”

Qualifying for the GEICO 500 is schedule for Saturday morning at 11 a.m. ET on FS1.

The NASCAR Xfinity Series returns after a week off to compete in the Ag-Pro 300 this Saturday, April 23 at Talladega (Ala.) Superspeedway (4 p.m. ET on FOX, MRN, SiriusXM NASCAR Radio).

Burton, who now drives the No. 27 Our Motorsports Chevrolet, would love to back up his victory with his first top-10 finish of the year – and first for his new team – at Talladega this weekend. However, he can expect typically tight competition, among multiple drivers and the kind of last lap drama that has long characterized the speedway and made this one of the most thrilling races of the season.

Kaulig Racing’s A.J. Allmendinger is in the midst of a stellar season start, earning his first victory of the year at Austin’s Circuit of The Americas road course and is the only driver in the NASCAR Xfinity Series with top-10 finishes in all eight races. Last year’s third place effort at Talladega is his best showing in four Xfinity Series starts there.

Nineteen-year-old Ty Gibb, who will be making his Xfinity Series Talladega debut, is currently second in the Xfinity Series driver standings trailing Allmendinger by 20 points, with a series-best three victories. His only superspeedway experience-to-date, however, is an 11th-place finish in the season-opener at Daytona. The driver of the No. 54 Joe Gibbs Racing Toyota has a series-best 325 laps led on the season and has won pole position in the last three races.

Noah Gragson sits just behind Gibbs in the standings and the driver of the No. 9 JR Motorsports Chevrolet has been good on the Talladega high banks earning top-10 finishes in four of his six starts there with a best showing of third-place in 2020. Gragson was third in the first superspeedway race of 2022 – at Daytona. And his four-race run atop the championship standings mid-season is the longest time a driver has led the points consecutively so far.

Brandon Brown, Ryan Sieg and the most recent Xfinity Series race winner Brandon Jones (at Martinsville, Va.) all have good cases as race favorites too. Brown won the series last race at Talladega in October of 2021 – his only win in the series. He’s finished top-10 in the last three races at the track.

Sieg, who has five top-10 finishes in 2022, has finished 11th-place or better in the last three Talladega races, including a runner-up finish in 2020. Jones, driver of the No. 19 Joe Gibbs Racing Toyota, has three top-five finishes and was runner-up to Brown in the Fall race last year

Saturday’s race marks the third round of the Dash 4 Cash incentive with $100,000 on the line to the top finishing driver Saturday among these four: Brandon Jones, Landon Cassill, Allmendinger and Austin Hill.

The top-four finishing eligible drivers at Talladega will then race for the final $100,000 courtesy of Xfinity – when the series competes at the “Monster Mile,” Dover (Del.) International Speedway next week. Allmendinger and Jones each pocketed one of the two $100,000 bonuses already awarded this season. by Holly Cain