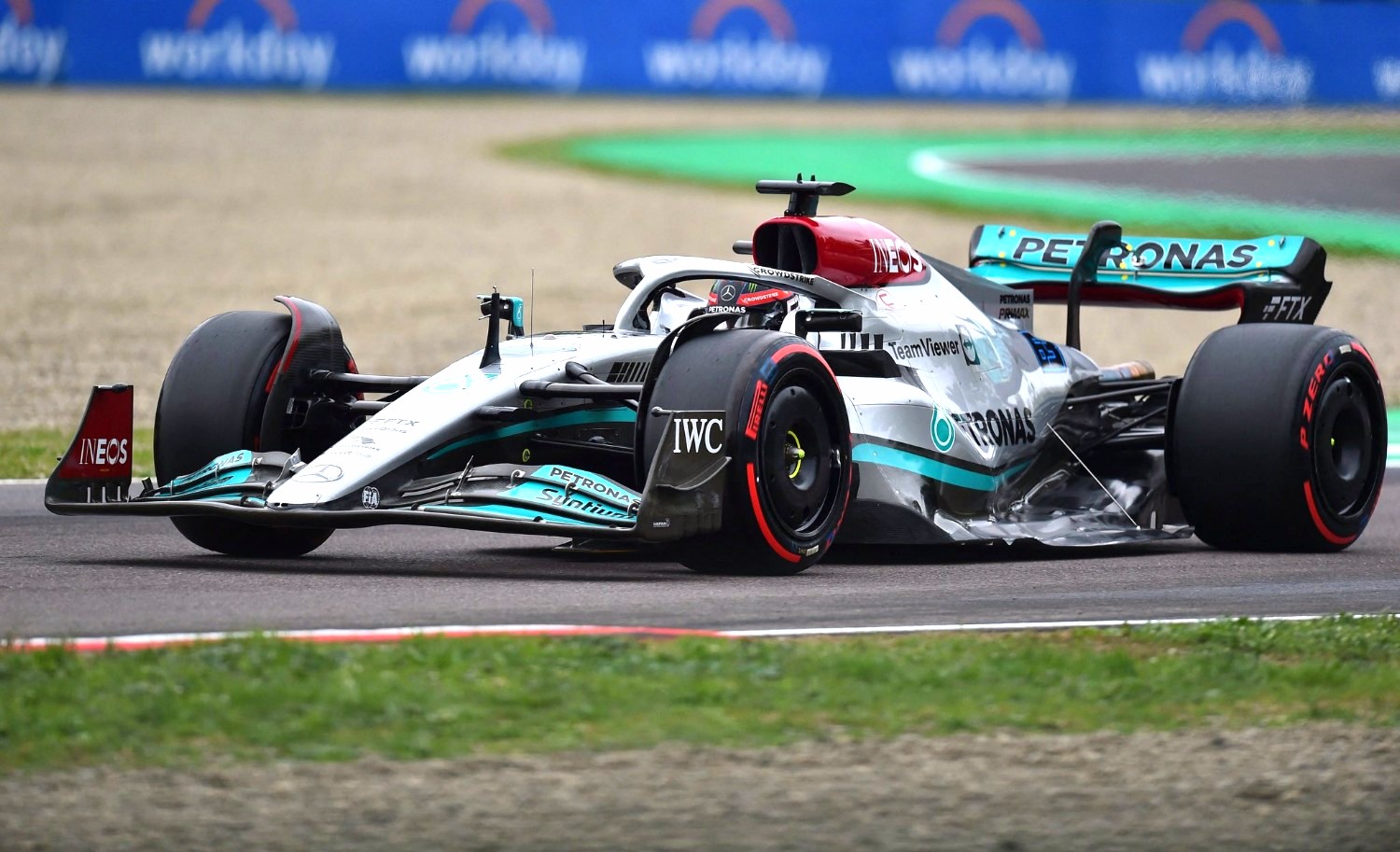 It was George Russell and Mercedes who topped the second practice session for the Emilia Romagna GP at Imola Saturday morning, the first time they’ve managed that feat in any session this year.

The Briton, who sits second in the drivers’ standings, clocked 1m 19.457s on the softs, 0.081s quicker than the Red Bull of Sergio Perez, with championship leader Charles Leclerc a couple of tenths further back in third.

However, long runs were the name of the game ahead of today’s Sprint race at 10:30am ET; hence the timing sheets aren’t as relevant as usual.

Lewis Hamilton was 4th in the 2nd Mercedes, while Fernando Alonso rounded out the top-5 for Alpine.

Carlos Sainz, who crashed in qualifying and will start the F1 Sprint 10th, was sixth in his repaired Ferrari, a tenth of a second clear of pole-sitter Max Verstappen.

It wasn’t such good news for Valtteri Bottas, the Finn spending the entire session in the garage and thus failing to set a lap time.

This was also the case for Daniel Ricciardo, whose McLaren team discovered a mechanical issue with his car and were unable to fix it in time to get him out on track.