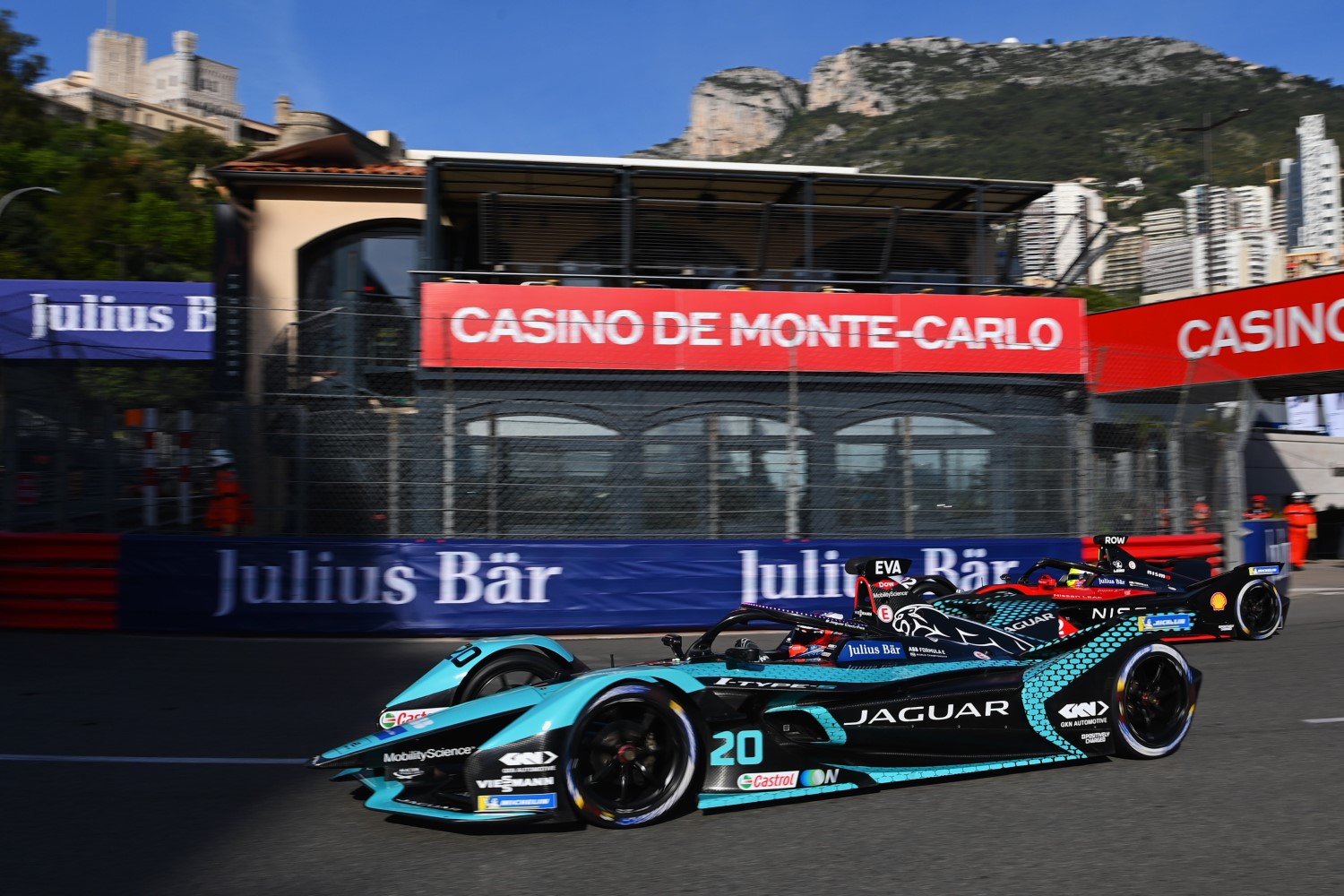 The ABB FIA Formula E World Championship visits Monaco, the most iconic street circuit in motorsport, on the glamorous French Riviera for Round 6 of the season this Saturday.

It’s the fifth time in eight seasons that Monaco has featured in the all-electric ABB FIA Formula E World Championship, with dozens of overtakes on the historic Circuit de Monaco’s turns and vistas a hallmark of previous races.

The field of 11 teams and 22 drivers will once again race from Sainte-Dévote, up the hill, through Casino square, round the Grand Hotel Hairpin and through the inimitable Monaco tunnel ahead of the Nouvelle chicane, this year in its traditional configuration.

DS TECHEETAH’s Antonio Felix Da Costa claimed victory last season in an absolute classic, undoubtedly one of the most exciting races in the history of Formula E, capping a first outing on the full Monaco circuit with an audacious overtake at the exit of the tunnel on the final lap of the race for the win.

The race saw 28 overtakes between the top six runners alone, with the lead changing six times. The 2021 track incorporated a modified chicane at the T11, which will disappear this year to make way for the track design to revert to that of the traditional Circuit de Monaco. 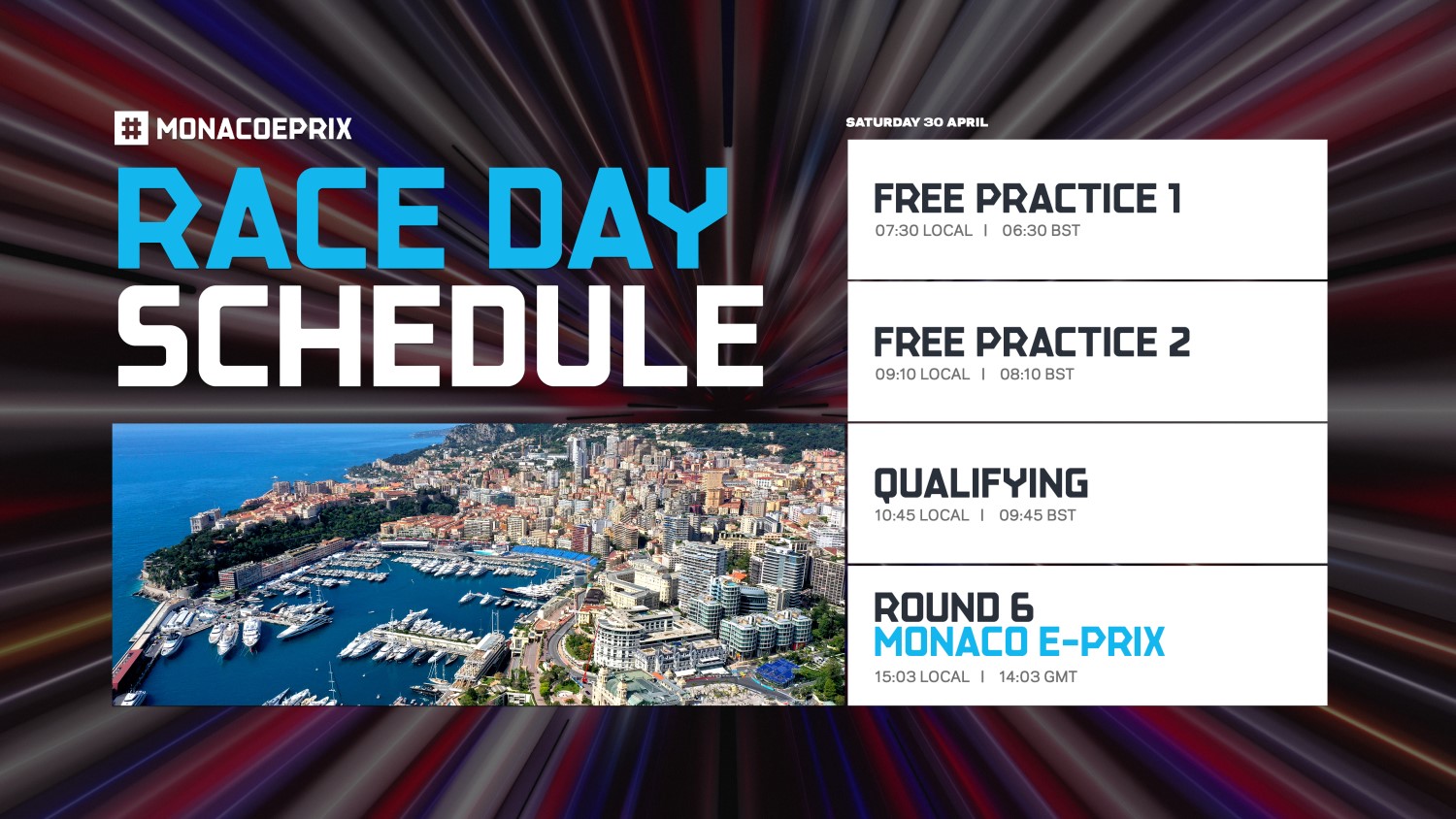 Jean-Éric Vergne (DS TECHEETAH) tops the pile in the Drivers’ World Championship on the way to Monaco, following a strong weekend in Rome, finished off in style with second place in Round 5 and silverware.

The Frenchman is Formula E’s only double champion and the only driver this season to have scored points in every race so far. Although he left Rome claiming he could and should have had more out of the double-header in the Italian capital, he has to be happy at the start he’s made to Season 8.

Vergne was a winner in the Principality back in 2019, and he will be hoping his record on the Monegasque streets helps him steal a march on the tightly-bunched pack heading into the second half of the campaign.

Just two points back is Envision Racing’s Robin Frijns. The Dutchman has three podiums under his belt – more than any other driver – and he’s been as quick as any in the opening rounds of this season.

Stoffel Vandoorne is another two points adrift of Frijns in third as it stands, with Mercedes-EQ the Teams’ World Championship leaders, though reigning champion Nyck de Vries hasn’t had it all his own way early on with the Dutchman winning the opening race in Diriyah but managing a best of just sixth position since.

Jaguar TCS Racing enjoyed an unparalleled weekend in Rome last time out with a win-double for Mitch Evans firing the Kiwi right up to fourth and within touching distance of the top of the standings. He missed out on the final lap to da Costa last year in Monaco but proved in Rome he has the pace to go one better this time around.

TAG Heuer Porsche Formula E Team couldn’t quite mirror its Mexico City glory in Rome. Nevertheless, André Lotterer and Pascal Wehrlein sit a strong sixth and seventh in the running with Porsche second only to Mercedes-EQ in the Teams’ contest.

With three different winners in Monaco in four races, and just a handful of points splitting the championship’s top five, the 2022 Monaco E-Prix in the ABB FIA Formula E World Championship is the jewel in the crown any number of drivers will have their eyes on.

Raceday gets underway with Free Practice from 07:30 local time, qualifying at 10:45 and Round 6 itself from 15:00 CEST. Keep track of all the action at www.fiaformulae.com/live and tune in where you are via fiaformulae.com/watch. 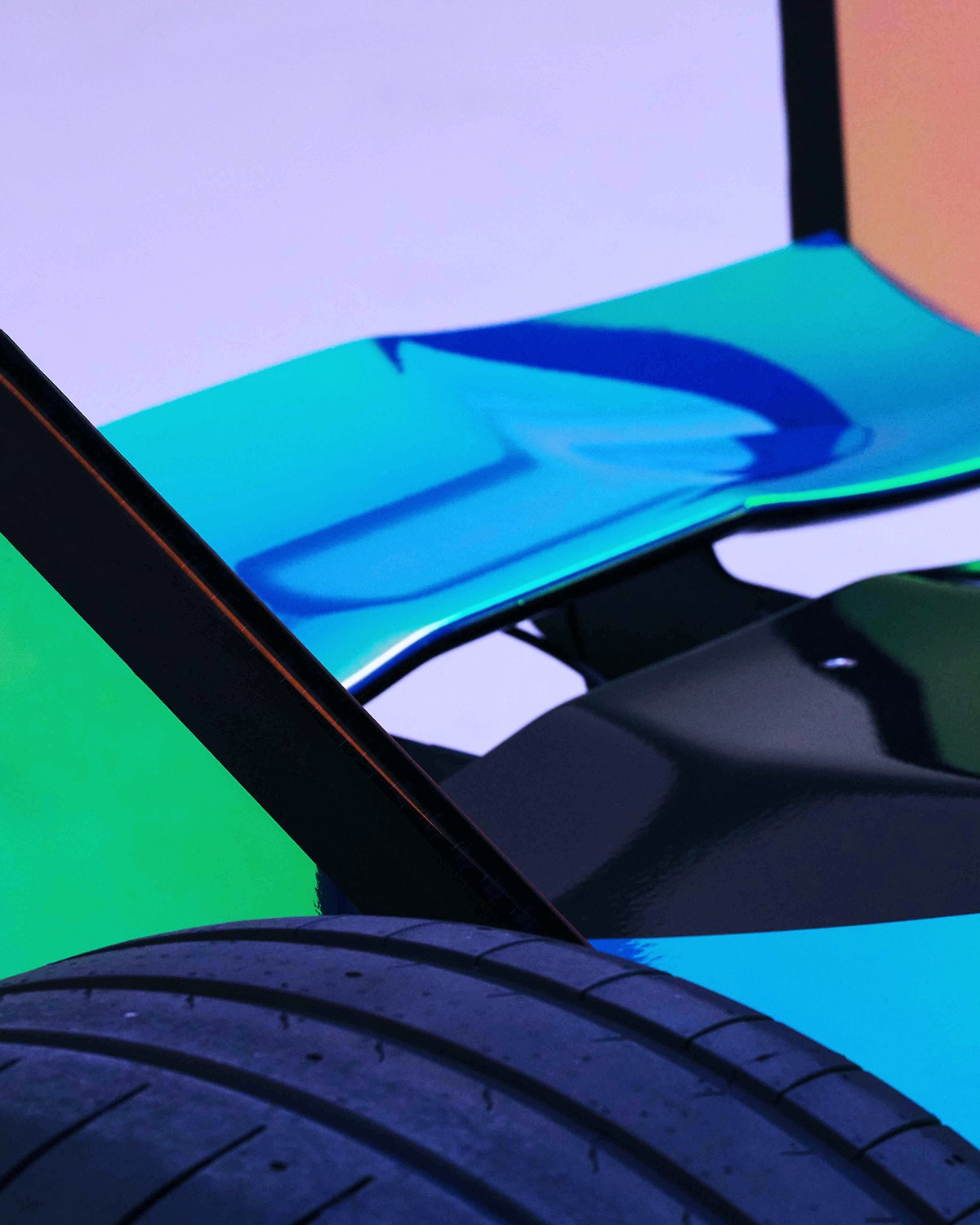 Formula E’s Gen3 all-electric race car will be unveiled at the Yacht Club de Monaco on Thursday 28 April ahead of the Monaco E-Prix race weekend.

The Gen3 car, set to race from Season 9, will be officially unveiled to the world at a special event for manufacturers, teams, drivers, partners and VIP guests. Fans will be able to experience the show via the championship’s digital channels and get a first in-depth look.

“Formula E’s Gen3 race car represents a leap forward for motorsport and electric mobility,” says Jamie Reigle, Formula E CEO. “Designed to demonstrate that high performance, efficiency and sustainability can be packaged together without compromise, the Gen3 car is our most powerful, lightest, and fastest race car to date. We look forward to finally taking the covers off the Gen3 in Monaco, a location steeped in motor racing history, and seeing the car light up city streets around the world next season.”

While the world will see the Gen3 race car for the first time, Formula E has its sights further into the future of all-electric single-seater motorsport. In Monaco, Formula E and the FIA will host a roundtable event bringing together leaders from manufacturers across the automotive sector. This summit will focus on the potential innovations and technology roadmaps for the Gen4 era as Formula E affirms its position as the pinnacle of electric mobility development and racing. 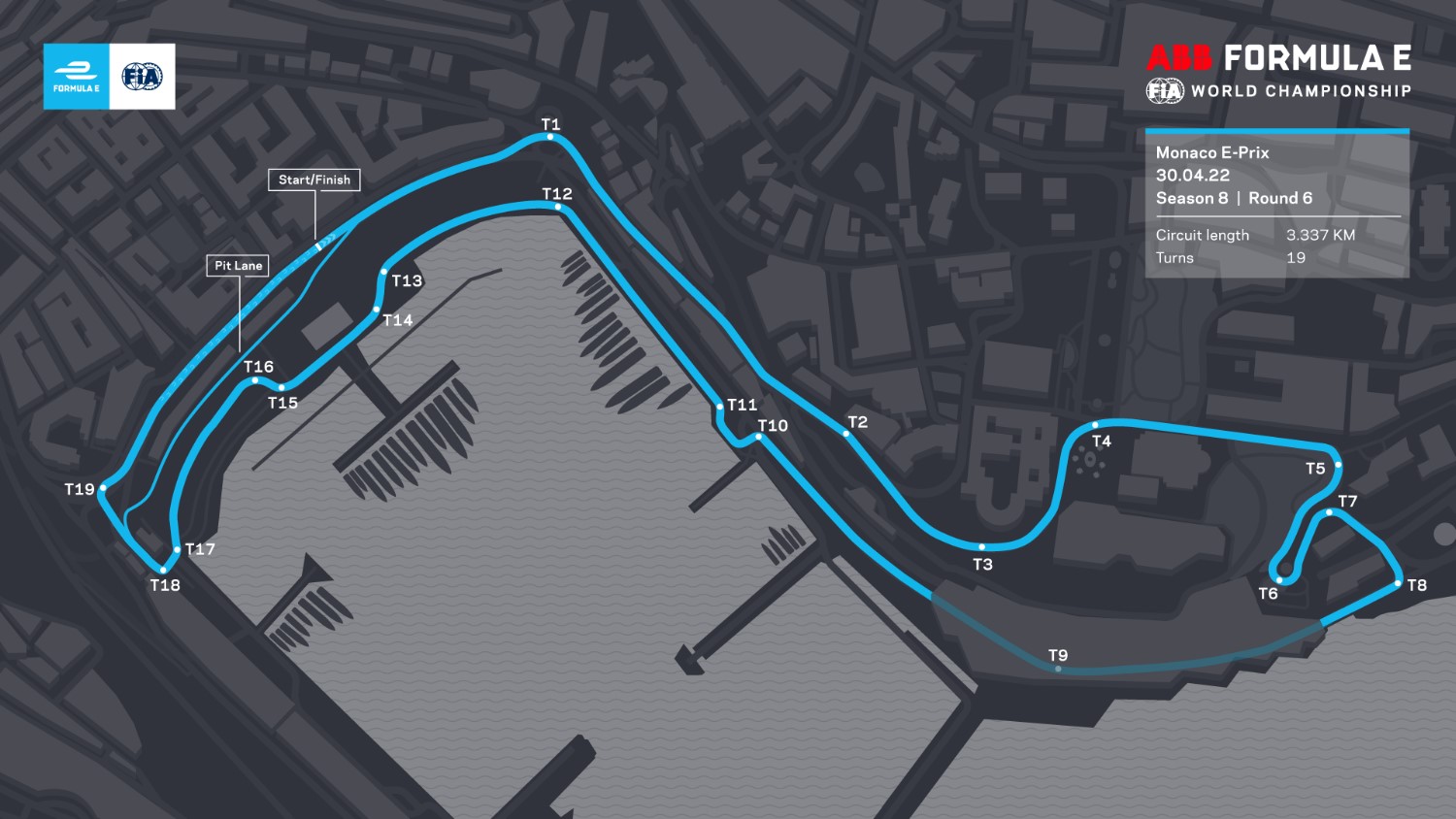 For the 2022 Monaco E-Prix, the amended Nouvelle chicane will make way for the full, traditional circuit layout around the Principality’s harbor front.

The 19-turn, 3.337 km track will see the all-electric cars climb the hill at Sainte Devote and travel through the iconic Casino Square, Mirabeau, Grand Hotel Hairpin and of course, the tunnel.

“The 2021 Monaco E-Prix remains one of the finest races in Formula E history with an unprecedented number of overtakes.

“Our drivers are used to driving in street circuits which is why Monaco, one of the most iconic circuits in the world that all drivers know inside out, is particularly suitable for showcasing the unique style of Formula E motorsport. We can’t wait to see what the 2022 race and the drama that awaits”.