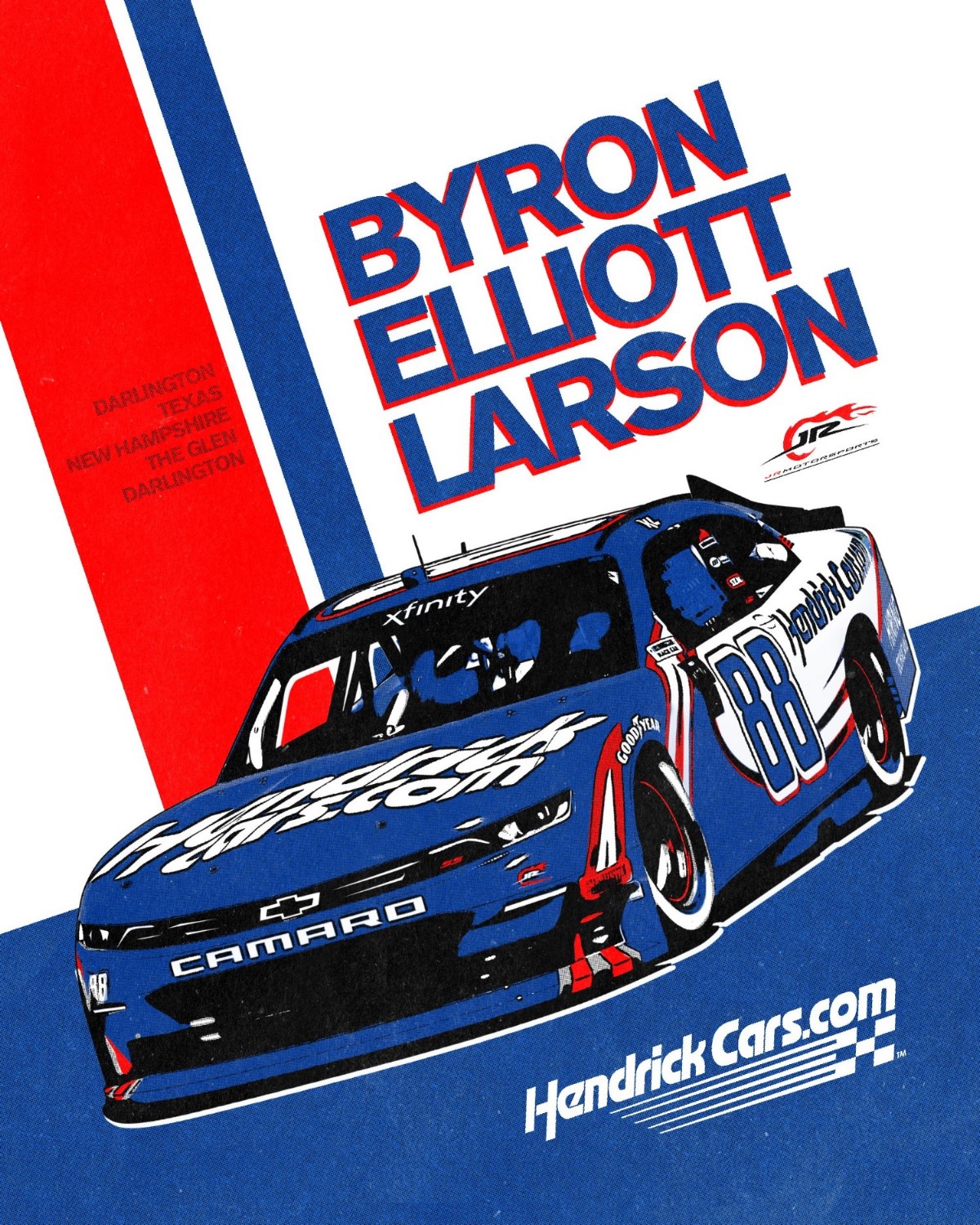 Today JR Motorsports announced it will field a fifth car in five additional NASCAR Xfinity Series events this season. Byron, Elliott and Larson will combine to make the starts in the team’s No. 88 Chevrolet Camaro with primary sponsorship from HendrickCars.com.

Elliott, who won the 2020 NASCAR Cup Series championship with Hendrick Motorsports, will kick things off at Darlington Raceway on May 7. Byron will take the wheel of the No. 88 Chevy at Texas Motor Speedway on May 21 and New Hampshire Motor Speedway on July 16. Defending Cup champion Larson will see action Aug. 20 at Watkins Glen International and Sept. 3 at Darlington.

“The NASCAR platform has been instrumental in helping us build HendrickCars.com into a national brand, and we look forward to continuing that momentum through this expanded effort,” said Greg Gach, president of Charlotte-based Hendrick Automotive Group. “We are committed to our racing programs and supporting our Hendrick Motorsports teammates whenever we can, and we know these additional races will benefit our drivers and teams.

“We’re also excited to work with Dale Jr. on this opportunity. He’s a terrific partner whose dealerships have created tremendous value for our General Motors customers. It’s a win-win for everyone.”

All three drivers have previously driven for JRM. Byron and Elliott are both past Xfinity Series champions and multi-time winners with the organization. Larson made one start for JRM’s Camping World Truck Series operation in 2015.

The news brings the No. 88 team’s tally to nine events in 2022, up from the four previously announced starts. Crew chief duties will be announced at a later date. Hendrick Motorsports Press Release