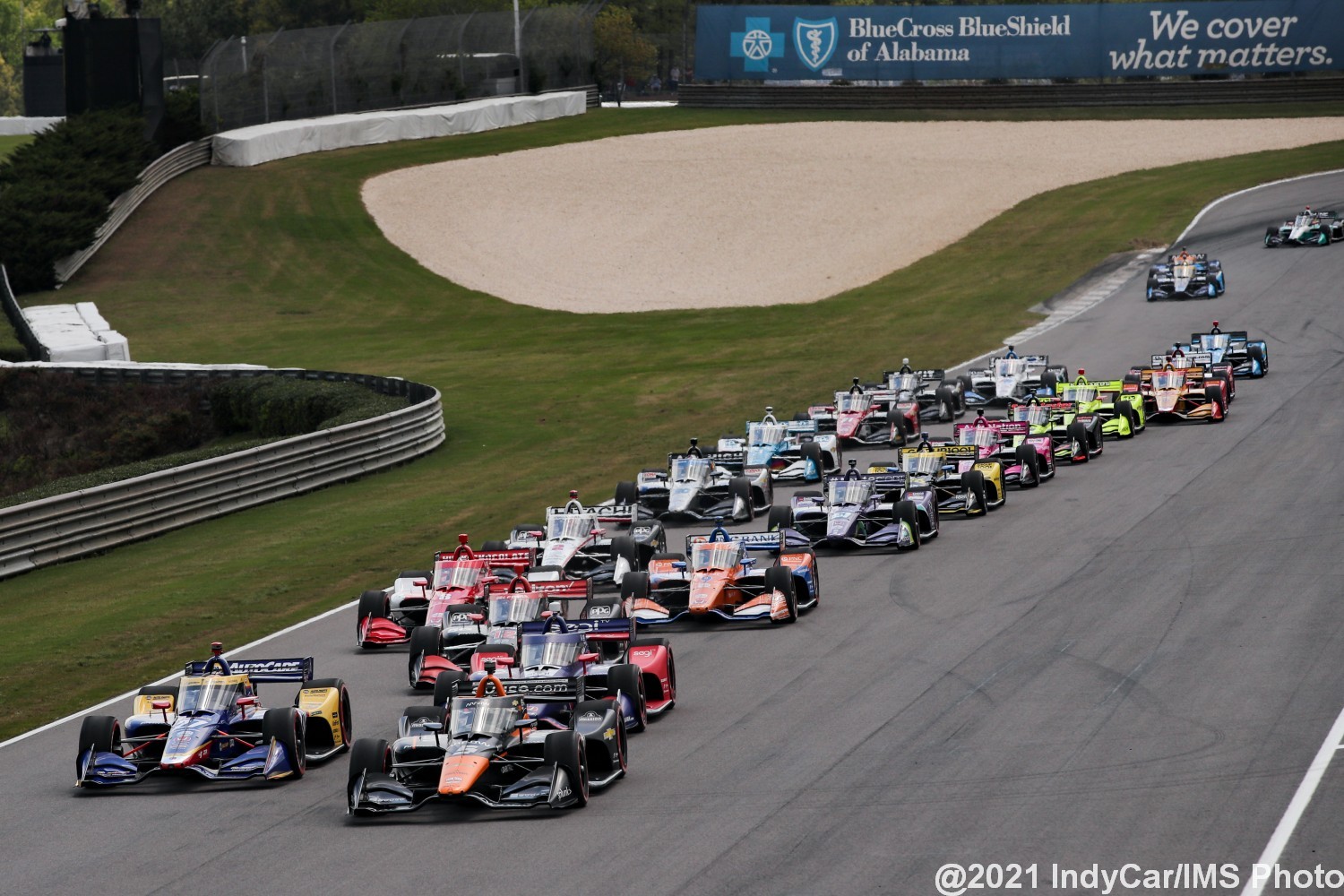 The 2022 NTT INDYCAR SERIES season drives into the month of May with live coverage of the Honda Grand Prix of Alabama this Sunday at 1 p.m. ET on NBC and Peacock.

Team Penske has won all the races so far this year.  Can they remain unbeaten?

Push-to-pass parameters: 200 seconds of total time with a maximum time of 20 seconds per activation

Peacock Premium Live Streaming: All NTT INDYCAR SERIES practice sessions and qualifying will stream live on Peacock Premium, NBC’s direct-to-consumer livestreaming product. and NBC’s Honda Indy Grand Prix of Alabama race telecast will be simulcast on the streaming service, while Peacock Premium’s exclusive post-race show – featuring driver interviews, podium ceremonies and post-race analysis – will be streamed following the race. The Indy Lights Grand Prix of Alabama will be streamed on Peacock Premium with practice and qualifying being shown on INDYCAR Live!, available on the INDYCAR App powered by NTT DATA.