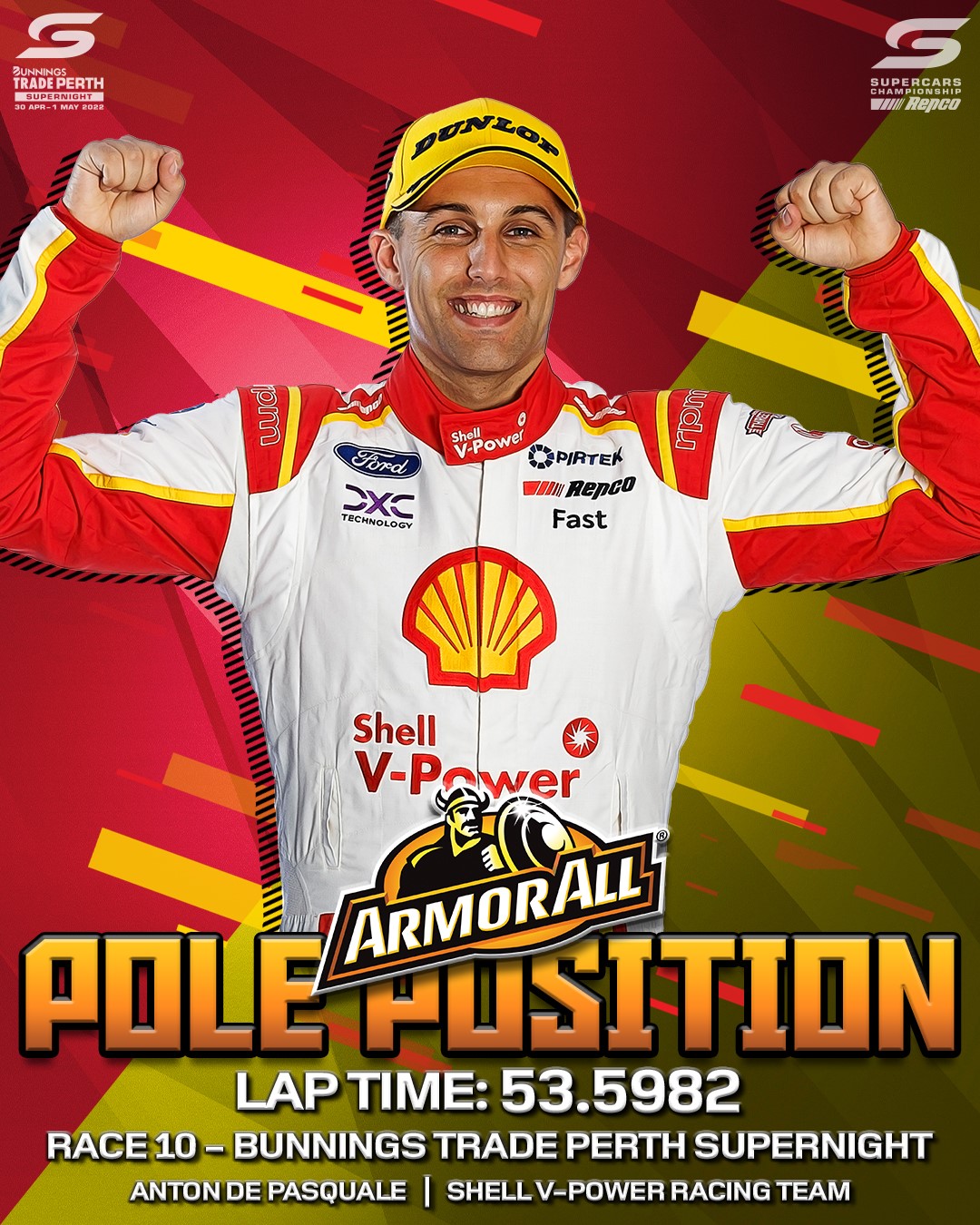 Anton De Pasquale has soared to a maiden Perth pole in an enthralling qualifying session that saw fellow Championship contenders Shane van Gisbergen qualify third and Chaz Mostert qualify in 23rd at the back of the grid.

The 26-year-old Gold Coast-based De Pasquale has never won in Perth and is yet to win in 2022 despite two previous pole positions before today.

Less than a second separated 1st to 25th on the grid across three qualifying sessions.

De Pasquale driver will share the front row with another Ford Mustang driver, Cam Waters in front of a strong crowd that has filled in Wanneroo Raceway for this evening’s opening race of the Bunnings Trade Perth SuperNight.

Mostert and Will Davison, who are third and fourth in the points, endured a torrid session.

Mostert and Walkinshaw Andretti United teammate Nick Percat were knocked out in the first part of the three-part qualifying session.

Davison, who topped Practice 2, made an error on his flying lap in Q2 and qualified 12th.

It was the first time in 2022 that Davison failed to qualify in the top 10.

It was a far brighter story for De Pasquale, who scored his third pole of the season.

“I was pushing quite hard there, it’s so tight around here,” De Pasquale said.

“You’re on a fine line of putting a good lap together.”

Mostert and Percat were early casualties in Q1 alongside Jack Smith, Bryce Fullwood and Lee Holdsworth.

Where Davison failed to make it past Q2, van Gisbergen dodged a bullet as he waited in pit lane.

‘It’s a disaster for us and it’s on me’: Davison said.

David Reynolds and James Courtney qualified fifth and sixth ahead of Andre Heimgartner and Broc Feeney.

Ford Rookie Thomas Randle impressed to ninth, with Will Brown 10th after setting an early time in Q3.