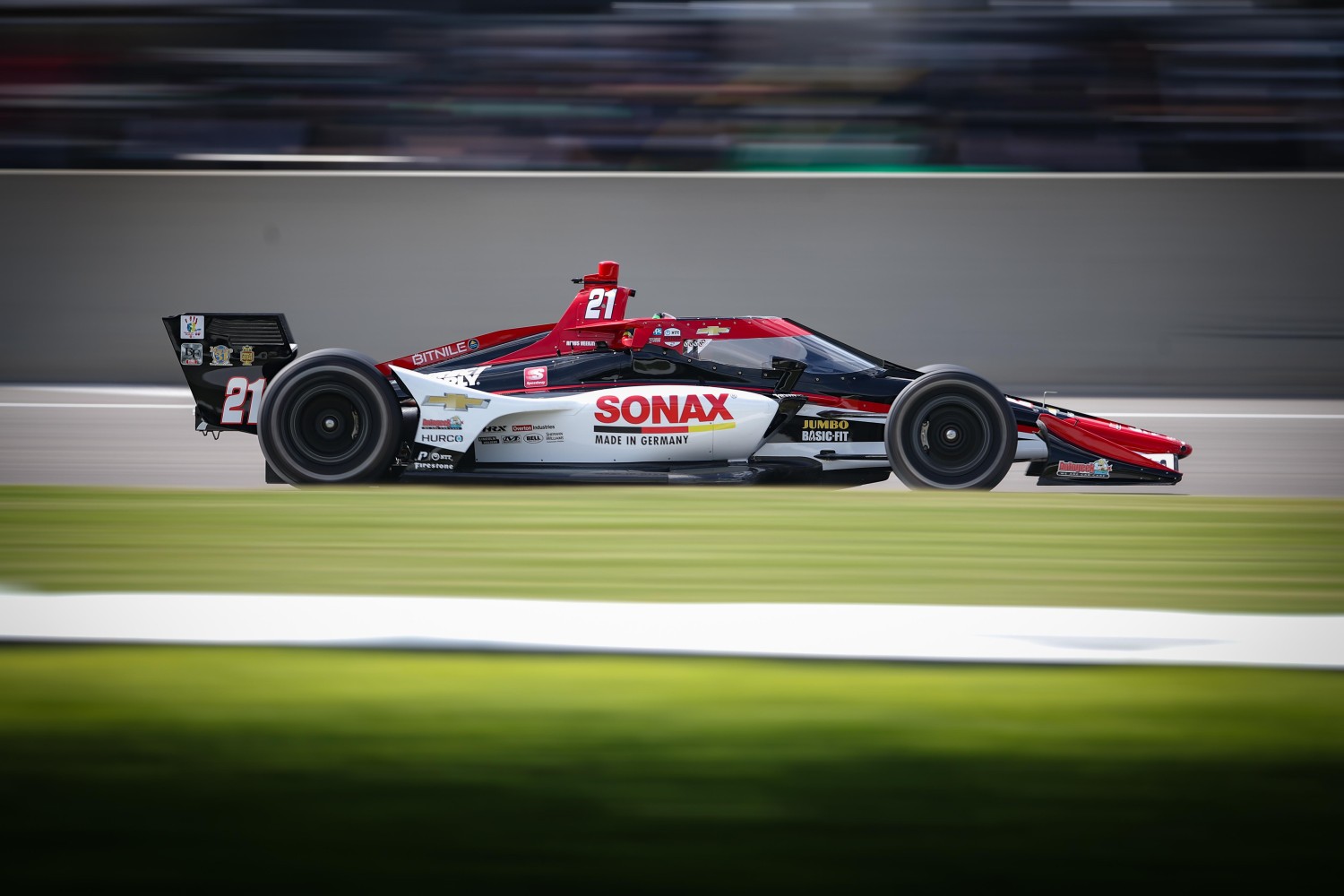 Rinus Veekay has put the Ed Carpenter #21 Chevy on pole for the NTT IndyCar Honda GP of Alabama with a time of 1m06.2507s. In doing so he earned his second career NTT P1 Award.

Scott McLaughlin was 4th quick in the #3 Team Penske Chevy while Alexander Rossi recovered from his Practice 2 crash to finish 5th, the best of the Andretti drivers.

However, Colton Herta and Romain Grosjean got screwed by a red flag in Round 2 and missed setting their best time, which would have likely put them in front of Rossi.

There is a chance of thunderstorms for the race on Sunday, which is certain to mix things up.

“I thought we had potential,” VeeKay said. “It was a chaotic session. We knew we were in a good position, but to actually put it on pole was an accomplishment. I think the whole team maximized everything. We made the right decisions with tires, setup, everything.

“Confidence is high. I think from here we can have a great race and fight for the win, definitely.”

Alexander Rossi qualified fifth, tying a season best, with a lap of 1:06.5549 in the No. 27 NAPA AUTO PARTS/AutoNation Honda. But this effort probably was far more satisfying for Andretti Autosport and Rossi than his fifth-place starting spot earlier this month at the Acura Grand Prix of Long Beach, as crews from all four Andretti teams hustled to repair or replace the entire back half of Rossi’s car in two hours, 45 minutes after he crashed during morning practice.

Felix Rosenqvist will start sixth after his best lap of 1:06.6410 in the No. 7 Vuse Arrow McLaren SP Chevrolet. Arrow McLaren SP was the only team with more than one car in the Firestone Fast Six.

Series points leader Newgarden will start seventh in the No. 2 PPG Team Penske Chevrolet after falling less than two-hundredths of a second short of earning a spot in the Firestone Fast Six.

Callum Ilott was the top rookie qualifier, grabbing a career-best 11th spot in the No. 77 Juncos Hollinger Racing Chevrolet. Ilott and a handful of other drivers were on quicker final laps at the end of the second round of qualifying when Marcus Ericsson drove into the gravel in his No. 8 Huski Chocolate Chip Ganassi Racing Honda, triggering a red flag and ending the session.

Three former series champions will need to work overtime to get to the front Sunday on the tight, 17-turn, 2.3-mile circuit after disappointing qualifying results.