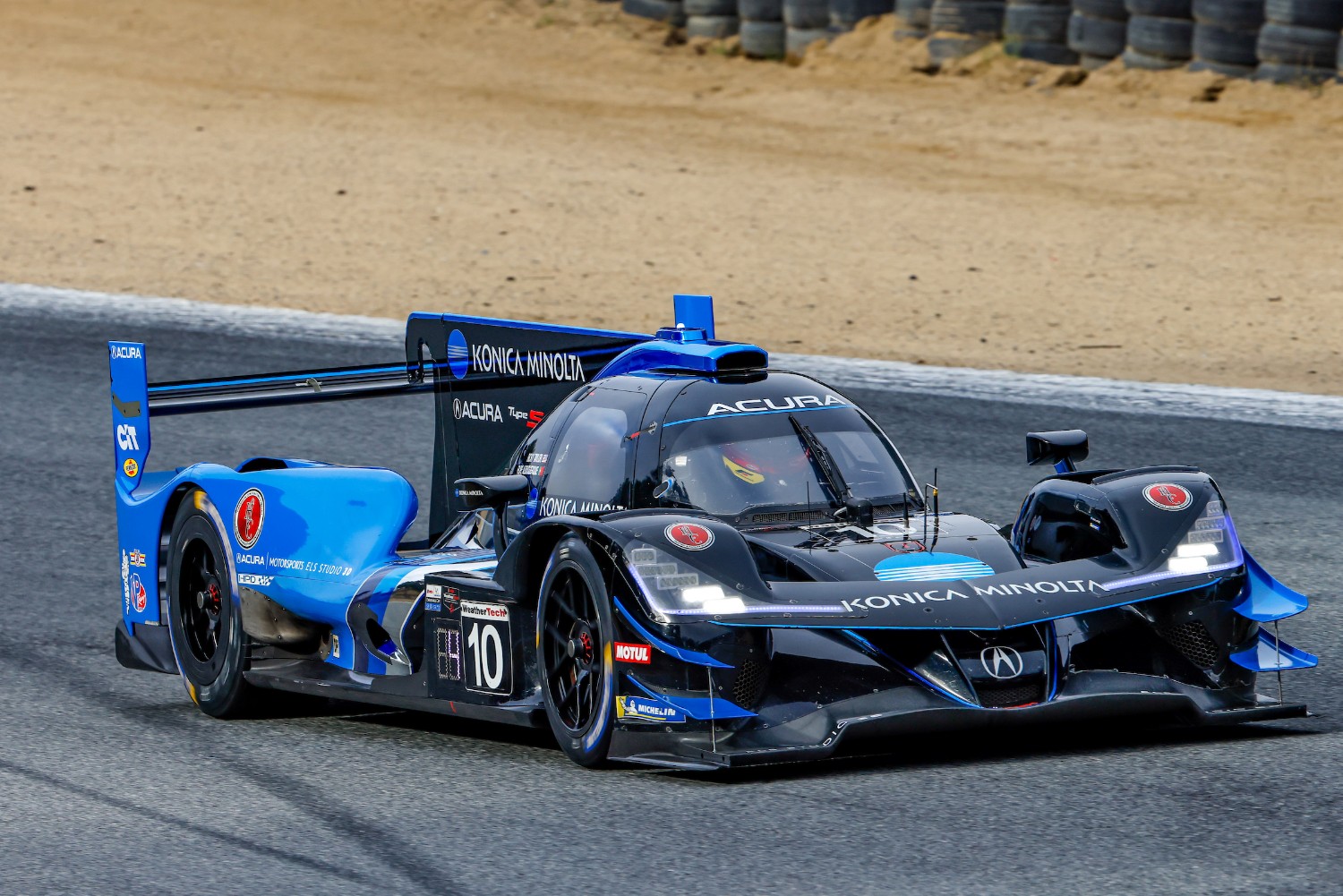 The No. 31 Action Express Racing Cadillac of Pipo Derani and Tristan Nunez completed the podium in third, followed by Tristan Nunez and Richard Westbrook in the No. 5 JDC-Miller Motorsports Cadillac.

LMP2 class was won by the No. 8 Tower Motorsport duo of Louis Deletraz and John Farano.

Deletraz passed the No. 52 PR1/Mathiasen entry of 16-year-old Josh Pierson for the class lead in the final hour and crossed the line 23.211 seconds ahead of the No. 18 Era Motorsport car of Ryan Dalziel and Dwight Merriman despite an early race spin for the Bronze-rated driver.

The No. 81 DragonSpeed Oreca of Juan Pablo Montoya and Hendrik Hedman completed the podium.

The No. 25 Team RLL BMW M4 GT3 of Connor De Phillippi and John Edwards completed the class podium in third.

The IMSA neutered Corvette factory entry of Jordan Taylor and Antonio Garcia, which entered the weekend as the GTD Pro points leaders, finished fourth in class. Having been neutered by IMSA, they had zero chance to win

Wright Motorsports won in GTD, thanks to a late-race pass by Jan Heylen on Bill Auberlen for the class win.

Heylen drove the No. 16 Porsche to a 5.517-second victory over the No. 39 CarBahn with Peregrine Racing Lamborghini Huracan GT3 Evo of Jeff Westphal.