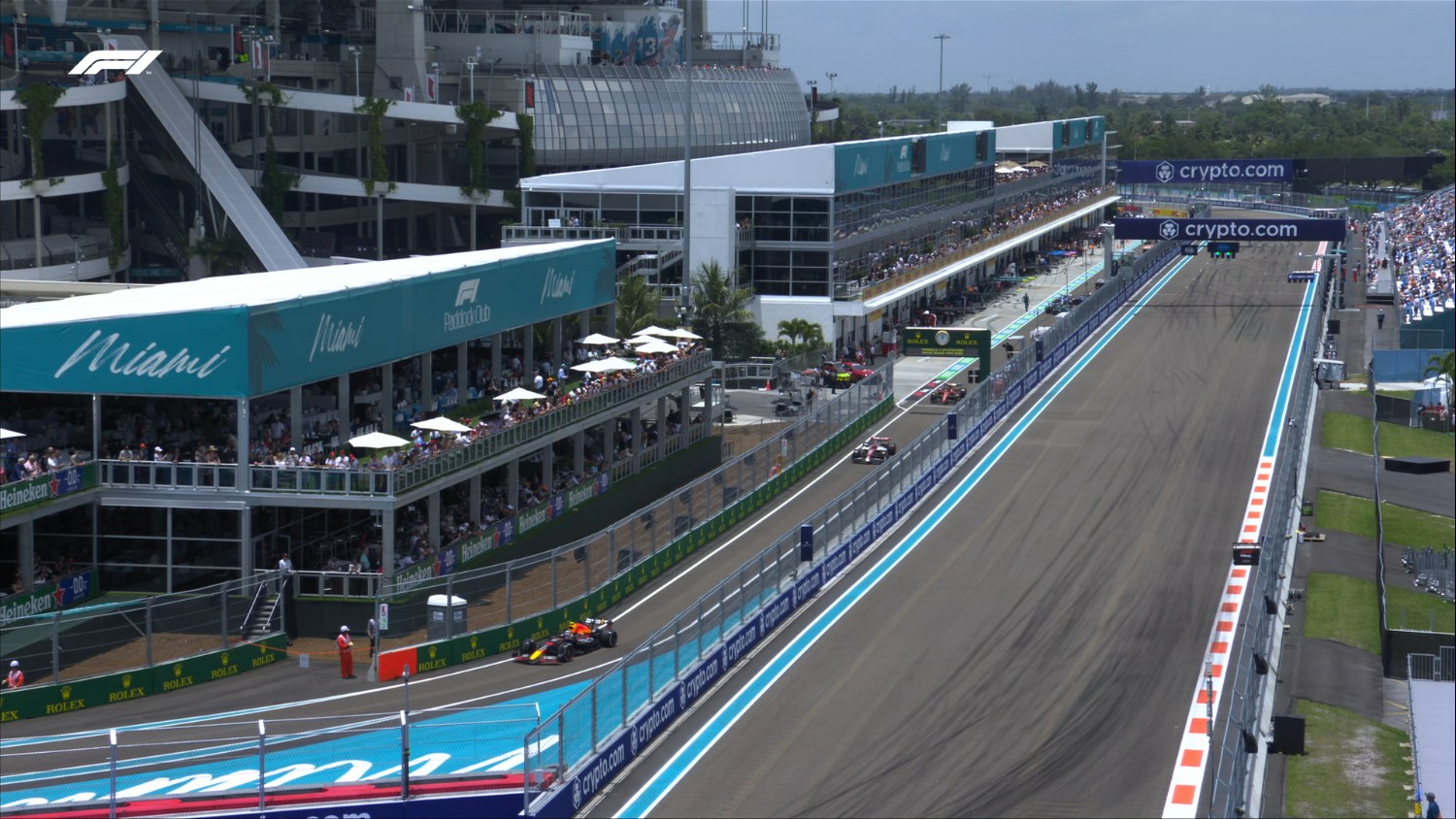 “Of course, a lot of engineering and analysis has gone into the asphalt itself,” Apex’s project director Sam Worthy told Autosport.

“We’re starting to see the lime rock aggregate peek through right now because we’re getting that top layer of binder coming off now. You can see white specks in it.

“Normally, lime rock is a poor aggregate to use for F1 tracks (and the idiots still used it): one, it is ‘friable’ and can chip and, two, it polishes. So you don’t usually get good tire degradation and grip is reduced. But, in Southern Florida, the predominant aggregate is a more abrasive lime rock.

“Our asphalt specialists, R3, looked into the local aggregate and they said they’d seen nothing like it throughout the world, as it is much harder than expected and will result – with the mix of 60% US-mined granite from Georgia – in suitable abrasiveness in our asphalt mix. R3 has been involved with most recent F1 tracks in some way, so their exposure to data from other venues gives us a good reference.

“What R3 found in South Florida is that ‘our’ lime rock is unique because it has a very high silica content. Its texture is like little shards of glass, so as the lime rock itself breaks down and degrades it exposes more of this silica and so you get an effect where it maintains a much higher tire degradation than you’d usually get in with lime rock elsewhere in the world.

“Granite was brought by train from Georgia, and so our mix is an innovative combination of granite and lime rock that is all locally sourced – it’s nowhere near what people thought we’d have originally. We are very pleased with the results we’ve got.”

“The racing is going to be difficult and you’re going to have the drivers making mistakes because we’ve been put into this situation.”

Fernando Alonso : “the tarmac is not F1 standard”.

“There’s nothing we can do. This weekend we need to put on the show, but this has to change for next year.

Lance Stroll:  “he wouldn’t go off-line” to pass someone in the race

Yuki Tsunoda: “if drivers misjudge by one millimeter you feel the difference of the grip and as soon as you drive on that, you lost the rear”.

“I’m perfectly fine with not having the same thing all 23 places we go,” Daniel Ricciardo said.

“I’m OK to have points of difference to make some circuits unique and have their own character.

“But in saying that, this isn’t a nice surface to drive on. It’s not that it’s just like, ‘oh, it’s challenging’, but it’s just you literally have to just stay on that one line, and otherwise you’re not really on the track anymore.

“So instead of making it a good challenge, it just makes it a little bit one dimensional because you only have that one option of that one line where there is a little bit of rubber building up.”

“When there’s so much expectation, and you want us to provide good racing and entertainment and everything, and then there’s a surface which they’re trying and they just kind of wing it in a way to see what it’s going to be like, it’s not good enough,” said Lando Norris.

“Because then we can’t do what they require, we can’t put on a good show. We can’t race.

“It’s not our fault. But it’s a shame. I think if it was a surface like we have in Saudi, for instance, it’s just very high grip in general. It survives in hot temperatures.

“Then I think everyone will be looking forward to an extremely exciting Sunday. Because you can go wide, you can do different lines, you can do everything.

“Whereas everyone’s pretty much stuck to just following line astern, and it’s always a lot more difficult to race that way.”

“All drivers complained about the lack of grip that there is off-line, so if you’re going to make a pass, you need to make it stick fairly early into the braking,” pole sitter Charles Leclerc said.

“If not, I struggle to see us doing any late moves or lunges from far behind because there’s very little grip.

“Even at the start it could be very tricky on that inside line and that outside line of Turn 1.

“We’ve asked the FIA to make sure that the track is as clean as possible for that start because we could see mistakes coming from drivers that really have no blame from it.

“It’s basically like driving on a dry line and out of the line is feels like it’s wet – so we need a bit of help there from the race direction.”

“Unfortunately, ironically, the cleaning machine that was used to clean the track spilled a load of hydraulic fluid onto the surface and that damaged the bitumen,” Formula 1 motorsport director Ross Brawn told the official F1 channel.

“It only happened in two areas, so it’s a very specific problem that I think we’re on top of.”

Pirelli motorsport director Mario Isola said “On this circuit they made the usual treatment with a high-pressure water jet,” he said. “Basically it’s going to remove the bitumen on top and expose the stones. With this treatment, you increase the level of grip.”

If the so-called expert British firm thought the local Lime Stone was bad for the asphalt design, why didn’t they insist all the aggregate be imported from elsewhere? They were the experts!

So don’t blame the Americans if the track surface in Miami does not afford good racing because of lack of grip.