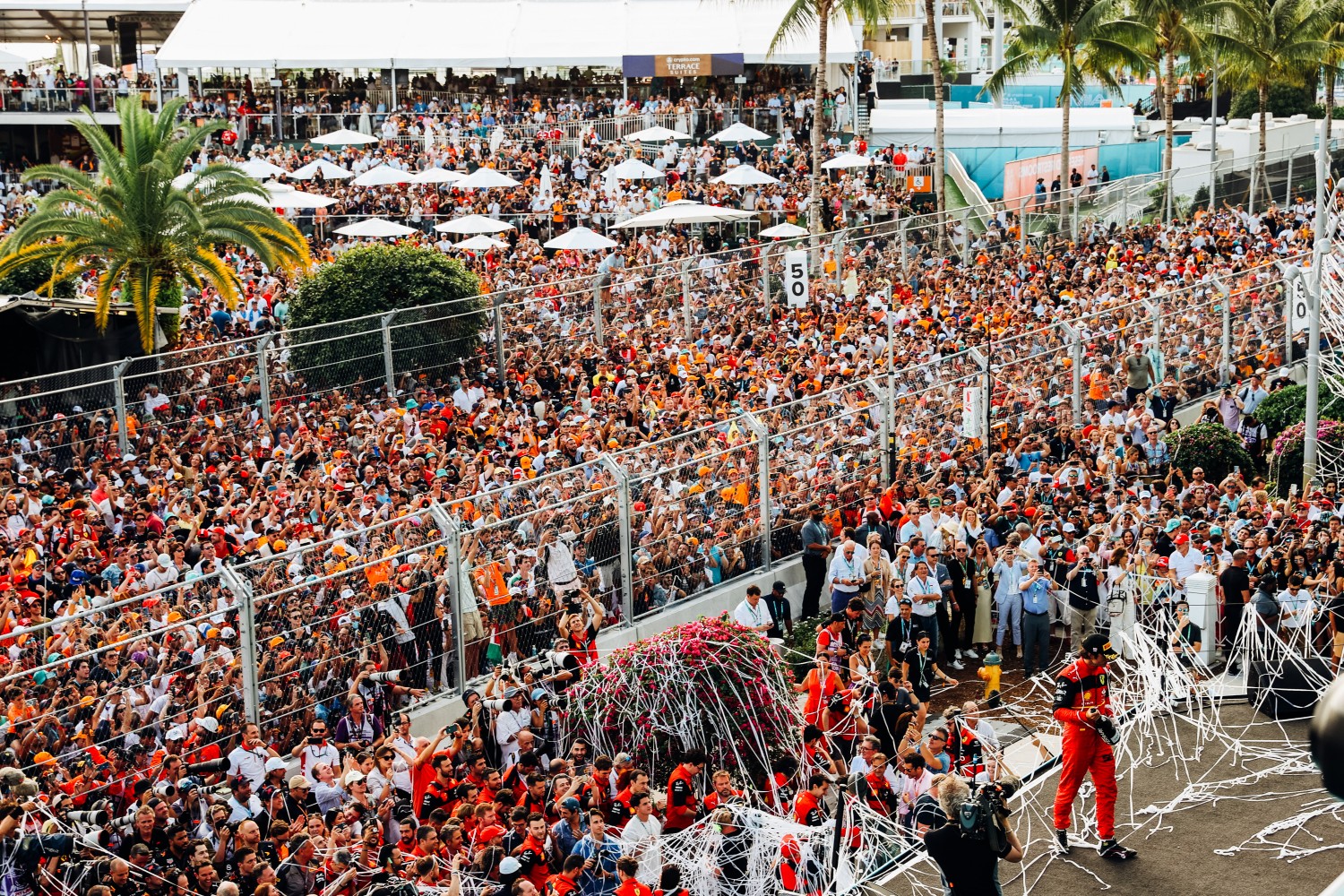 Correction:  According to ESPN, The F1 race drew a lot bigger TV audience than what we reported below. What we reported originally was for the entire ABC telecast, including the 90-minute pre-race show. The corrected number is for the race itself and is now correct.

The race telecast, which aired from 3:30 p.m. until 5:36 p.m. ET from the Miami International Autodrome, peaked at 2.9 million average viewers in the 4:45-5 p.m. quarter-hour as defending World Champion Max Verstappen steered his way to victory. The race averaged 735,000 viewers in the Persons ages 18-49 demographic.

The top 10 local market ratings for the race telecast were:

The next race on the F1 schedule is the Formula 1 Pirelli Spanish Grand Prix on Sunday, May 22. The race airs on ESPN2 at 8:55 a.m.

The Miami GP F1 race set a modern-day record as the most watched F1 race in the USA with 2.066 million people tuned in on ABC.  Once again, F1 pulled in a solid 735,000 people in the all-important 18-49 year-old range – the biggest spenders.

Another 75+ million people were tuned in around the world to watch the Miami GP F1 race.

The previous most-watched F1 race on NBC was the 2013 Monaco Grand Prix with 1.41 million TV viewers.

The NASCAR Cup race from Darlington, which went head-to-head with the F1 race in the same time-slot, saw a drop of 15.2% from a year ago.

We will have more analysis later.