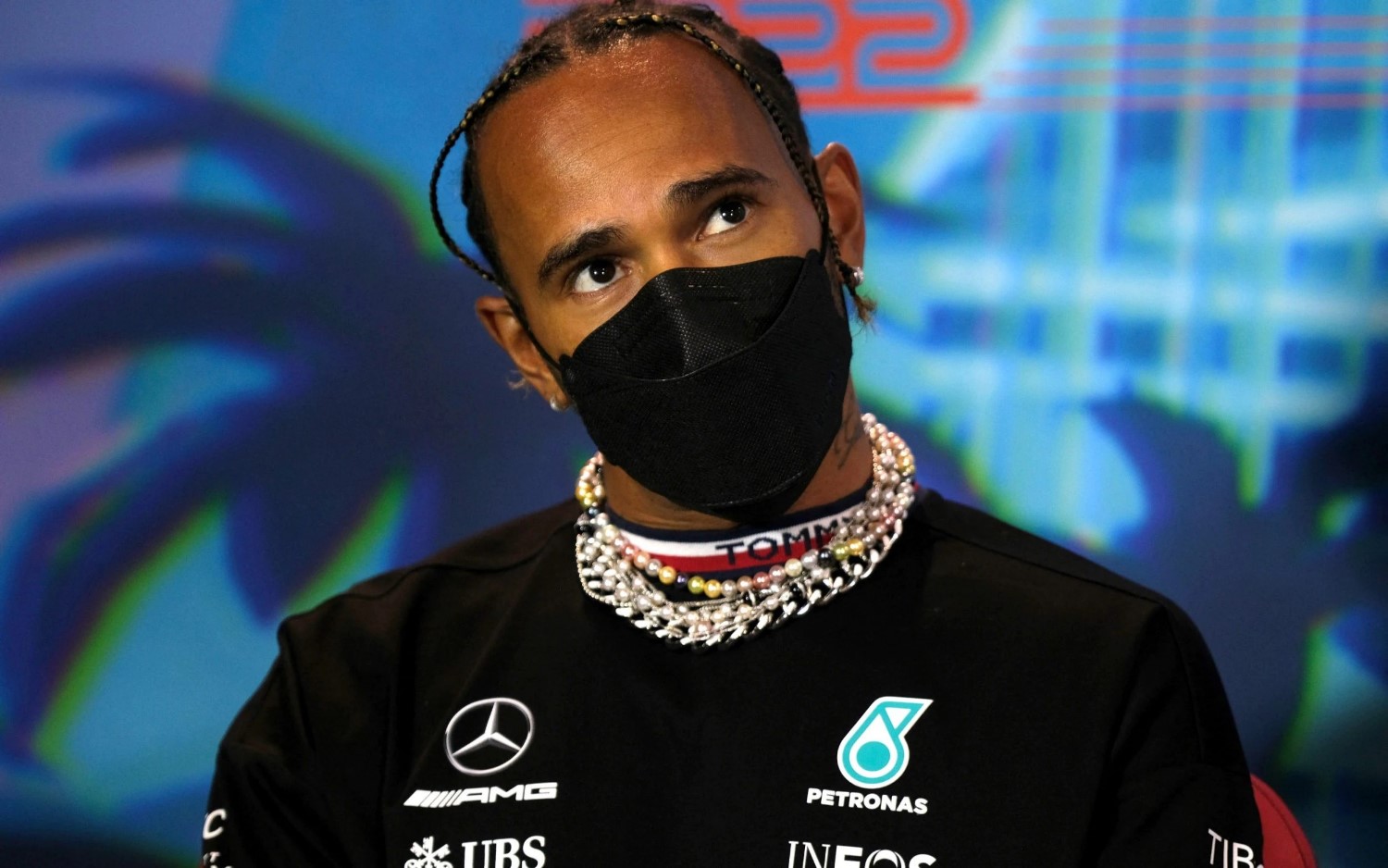 Lewis Hamilton has been warned he could face substantial ramifications if he fails to remove his permanent jewelry by the time he arrives in Monaco at the end of this month. The seven-time world champion urged the FIA to relax their strict stance on drivers wearing body piercings and neck chains during competition at last weekend’s Miami Grand Prix.

Hamilton, who sported eight rings, three watches, four necklaces and two earrings at the press conference, spoke passionately on the issue, claiming it felt like a “step backwards” for the sport.

“It seems unnecessary to get into this. I am here to be an ally of the sport – we have bigger fish to fry,” he said.

Mercedes’ main man wears the most jewelry on the circuit and had claimed he is unable to remove his earrings and nose ring, which he wears in the car while racing.

He is therefore keen to hold talks with the FIA president Mohammed bin Sulayem on the matter, making it clear he does not want to become embroiled in a public dispute.

Sky Sports reporter Ted Kravitz has now claimed he fears there could be trouble up ahead for Hamilton, who has since removed his earrings but not his nose piercing – something he does not feel is necessary.

“He’s taken his earrings out but he can’t take out his nose [stud] and we thought he was going to have minor surgery to take out the nose [stud],” Kravitz explained on his Notebook show.

“Hamilton’s now saying, having been given two races’ grace, here (Miami) and in Barcelona, that he will not take out his nose [stud].

“He doesn’t want to, doesn’t think it’s something the FIA should be doing, so it looks like the war between Hamilton and the FIA continues.

“Is he going to rack up fines when we get to Monaco and he hasn’t taken it out because the hole has closed up? It’s not as easy as him being able to just take it out like he can his earrings.”

Kravitz is of the belief that the FIA could throw the book at Hamilton if he fails to comply with their regulations – even if it means preventing him from racing in Monaco after the Spanish Grand Prix.

“So there is a little storm brewing. Hamilton has said they can fine me whatever they want, but it’s not as simple as that,” he continued.

“If the FIA decide to not scrutineer the driver, which it looks like they can do, they can stop Lewis from going out of the pit lane at the beginning of Friday practice because he has not been scrutineered – the driver is now effectively scrutineered in the same way as a car is.

“So this could get very nasty quite quickly in a race-and-a-half’s time.”

Mercedes team boss Toto Wolff remains confident that both parties – the FIA and Hamilton – will come to a “good resolution.”

Speaking in Miami, the Austrian said: “What was needed was a dialogue between Lewis and Mohammed.

“It is clear that regulations are here to protect the drivers, but on the other side we need diversity and the means of expressing yourself, and we know that this is important to Lewis.”