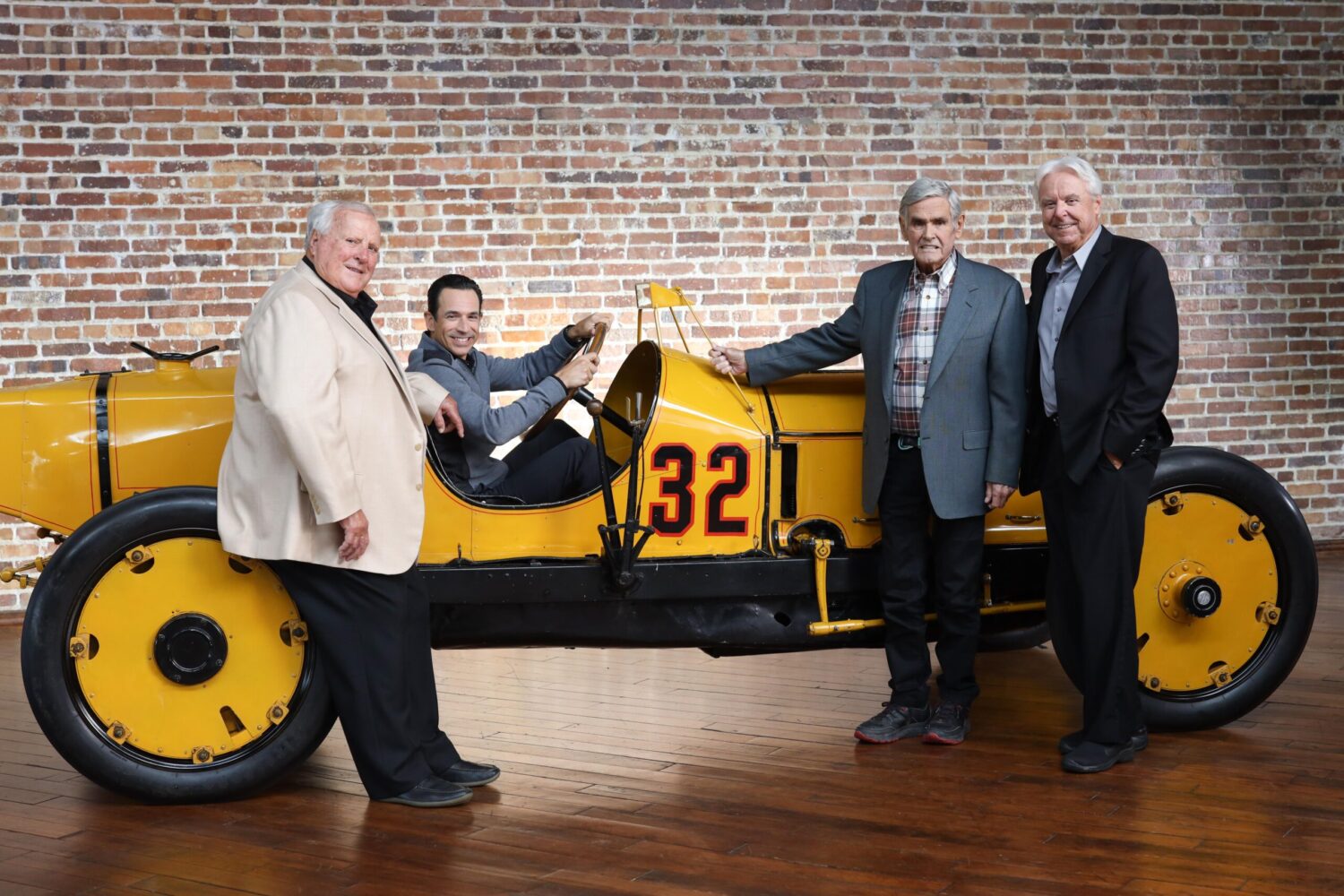 It was a beautiful night in downtown Indianapolis where three of the four-time Indy 500 winners were honored as guests at the premiere of their documentary film,  “The Club” at the Hibert Circle Theater.  AJ Foyt, Rick Mears, and Helio Castroneves were in attendance for the conversation that was 110 years in the making.  The feature photo was taken in July of 2021 by Chris Owens, who provided a lot of the pictures for the endeavor.

Missing from the event was club member  Al Unser, Sr, who passed away in December of 2021, just months after the documentary was filmed.  The film was dedicated to Unser, who was represented by his son, Al Unser, Jr.

Doug Boles, president of the Indianapolis Motor Speedway, was the MC for the evening.  He introduced the honorees and other dignitaries responsible for the making of the documentary.

In the film, Boles sat down with the four four-time winners and asked all the questions during the hour-long documentary.  It was filmed at the Biltmore in downtown Indy.

AR1 was able to speak with Rick Mears on the red carpet and ask him some questions.

Mears:  “The fourth win was the best one.   The first one has it’s place.  But the fourth of because of getting toward the end of your career and you never know.  You start thinking, only two other guys have ever done that.  So, what are the odds of that happening, very slim.   Even after the first win, it is very slim to win a second time.  And even slimmer to win a third time.  And then a fourth, what are the odds.”

“I remember having a shootout with Michael Andretti at the end of the race.   That is always what you gear up for but it never happened until then.  But for a competitor, that is the way to win it.   I took a little more liberty to kinda jack around on the restart, which I would normally would not do.  I am not going to be totally Mr Nice Guy.”

AR1:  When did you retire and how did you know it was time to retire?

Mears:   “I retired in 1992, the next year after the fourth win.  I had already been kicking it around.  I had recognized the desire to win started to taper off.  So I started keeping tabs on that.  I always told myself once the desire goes away, I am out.  Because when the desire goes away, you quit doing the work needed.  You are not going to be competitive, so then why do it.  It is not fair to the team and the sponsors.  It just became time.  No regrets.”

Mears is still working with Team Penske as a mentor to other drivers but is backing off on his duties a bit.  The 70-year-old attends just some of the races these days instead of spotting at each race.

NBC is going to air the documentary on Saturday, May 14th at 2 pm EDT, right before the GMR Grand Prix coverage starts at 3 pm.  It is well worth the time to listen to some of the legends of this sport talk about their achievements.