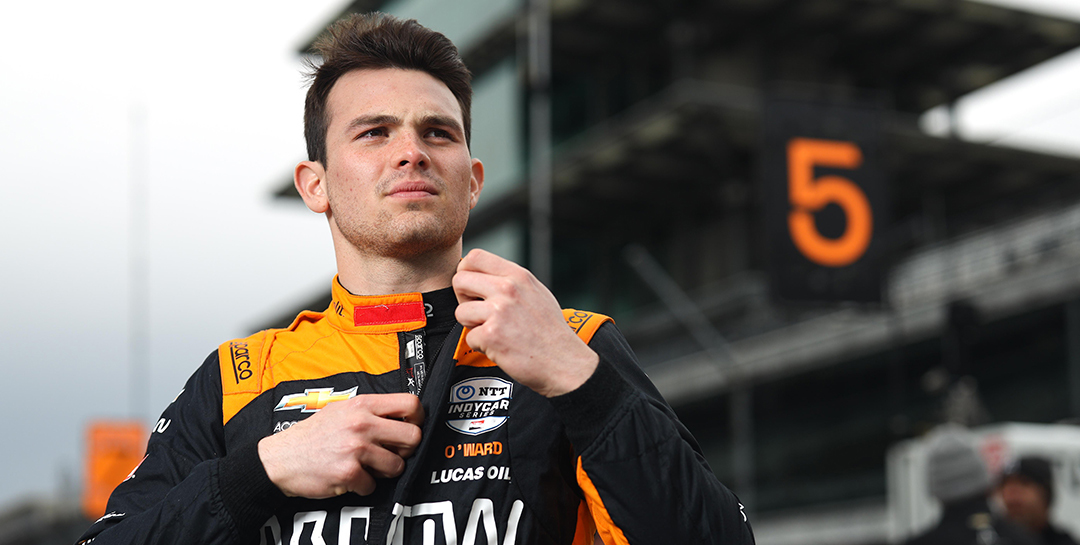 O’Ward’s time of 1m09.7839s on a hot sunny afternoon was 0.0298s faster than Ganassi Honda driver Alex Palou in 2nd and 0.058s faster than the Andretti Honda of Colton Herta.

Rinus Veekay put the ECR Chevy in 4th, 0.14s off the pace while rookie Christian Lundgaard was the fast Rahal Honda driver to round out the top-5.

Romain Grosjean managed 6th in his #28 Andretti Honda while his two other teammates Alexander Rossi was only 19th and Devlin DeFrancesco was only 22nd.

Whereas the opening practice was relatively incident free, this 2nd session saw a number of drivers go off course, with Jimmie Johnson dead last after a big spin into the pea gravel