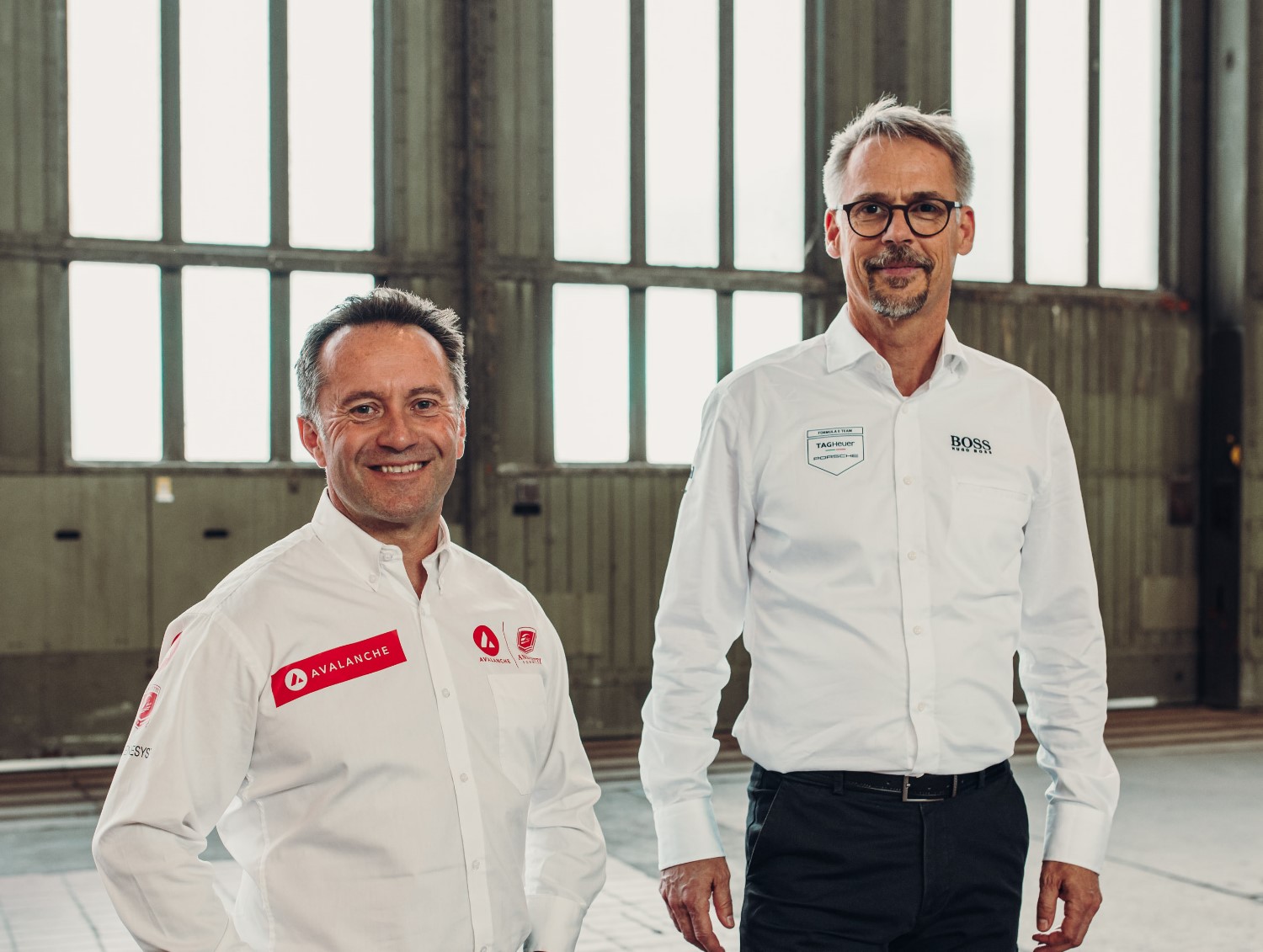 Porsche expands its Formula E commitment by supporting the Avalanche Andretti customer team from season 9 onwards. When the world’s first fully-electric racing series heads into a new era with the Gen3 cars in 2023, four Porsche 99X Electric racers will line up on the grid – two fielded by the TAG Heuer Porsche Formula E Team and two by Avalanche Andretti. The collaboration between Porsche and the team founded by the American racing driver Michael Andretti was announced on Friday on the eve of the ABB FIA Formula E World Championship in Berlin.

“It’s important for us to support a customer team that demonstrates the same passion and professionalism in Formula E as we do,” says Thomas Laudenbach, Vice President Porsche Motorsport. “Avalanche Andretti has raced in Formula E since the inaugural 2014 season. For us, it’s a huge vote of confidence that one of the most experienced teams has chosen to work alongside Porsche from season 9 onwards and wants to field two Porsche 99X Electric racers. Porsche and Andretti are united by a long tradition, and it all started when Mario and Michael made their Le Mans debuts in a Porsche 956 in 1983. We’re delighted that the tradition is continuing in Formula E and we hope our partnership will be just as successful.”

Michael Andretti, CEO and Chairman, Andretti Autosport, said: “Our Formula E journey began with Season 1 and we’re very proud to now be looking ahead to the next generation of the sport. Avalanche Andretti FE has an ambition to win, and with the support of Porsche, we have full confidence in our performance and growth. The agreement is an important step in our future and commitment to our sport, partners, and fans. Our history with Porsche as two historic racing teams means this collaboration was a natural fit, and we look forward to a new chapter starting in 2023.”

Roger Griffiths, Team Principal, Avalanche Andretti Formula E, said: “Season 9 will be an important year for our team and the series. It was vital that we made a strong choice in our powertrain provider in preparation for this new chapter and exciting generation of car – and we have that in Porsche. We are looking forward to starting Gen3 as a formidable competitor. We remain focused on the rest of this season.”

Customer racing enjoys a long tradition at Porsche
Porsche Motorsport has a long tradition of supporting customer teams. In many racing series, the outfit from Weissach has shown that it can help customer teams advance. The trust that Avalanche Andretti brings to the new partnership confirms this philosophy for Porsche Motorsport. A successful collaboration with a customer team always comes with additional efforts such as the delivery of components and technical support. At the same time, Porsche Motorsport expects to gain from this, for example through additional test days and a greater amount of vehicle data.

The goal of the new Gen3 regulations in Formula E is to lighten the load on customer teams by minimizing their own contributions to developments. There are clear-cut guidelines for the way Porsche Motorsport provides support to Avalanche Andretti. The customer team receives two ready-to-race Porsche 99X Electric racers and technical support as specified in the rules to campaign the vehicles. Software development remains with Porsche Motorsport with any updates shared with Avalanche Andretti.

“We look forward to sharing the insights we’ve gained in the field of electrified high-performance power units since joining Formula E with Avalanche Andretti,” says Florian Modlinger, Director Factory Motorsport Formula E. “We’ll do our utmost to ensure that our new partner can benefit from our technology as quickly as possible and that we’ll witness four Porsche 99X Electric race cars fighting for victory from season 9.”

Shared victories at Le Mans
Porsche and Andretti – these great names in the world of motorsport represent shared victories, above all at the 24 Hours of Le Mans. In 1983, Mario Andretti, the 1969 winner of the Indy 500 and 1978 Formula One World Champion, contested the world’s most famous endurance race sharing Kremer Racing’s Porsche 956 with his son Michael. This was the first race for the father-son duo, with the pair clinching third place with Philippe Alliot. For his first Le Mans outing in 1988 in a factory-run Porsche, Mario enlisted further support from his family: joining up with his son Michael and nephew John in a Porsche 962C, he finished sixth. Porsche and Andretti’s paths crossed two more times at Le Mans: in 1995, Mario competed for the customer squad Courage Competition, for whom Porsche supplied the engine, and finished second. In 1997, he and his son Michael again tackled the legendary endurance classic in the Courage C34. Porsche and Mario Andretti never lost track of each other: At the Indianapolis round of the Porsche Mobil 1 Supercup in 2000, he drove the VIP car.