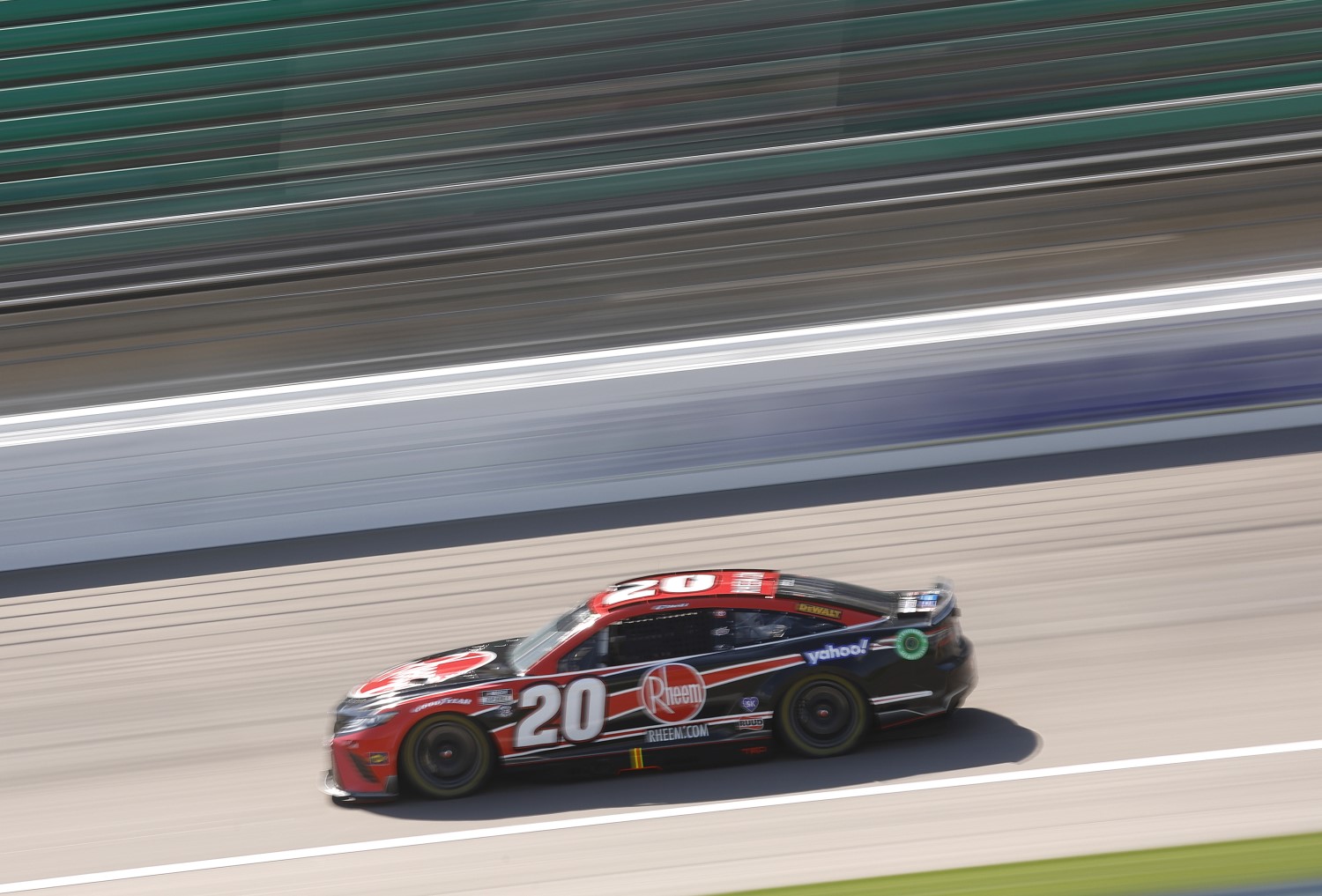 NASCAR hits the halfway point of the Cup Series regular season this weekend with the AdventHealth 400 at Kansas Speedway.

Qualifying for the race took place Saturday with the usual two rounds of single-lap runs. Four Toyotas, three Chevrolets and three Fords made it to the second and final round.

Christopher Bell secured the top spot on the starting grid with a qualifying lap of 179.575 mph. The Joe Gibbs Racing driver now has three pole wins on the season, but so far no race wins. He comes into Sunday’s race 10th in the driver point standings.

“We have everything we need to win the races, that is for sure,” Bell said, per NASCAR.com. “Our cars are super-fast. I feel like I’ve been driving pretty well, especially the last couple of weeks specifically. We just have to maintain our track position.”

Richard Childress Racing’s Tyler Reddick will be on the front row with Bell after turning a lap of 178.855 mph.

Only the 36 Cup Series charter teams entered the race, meaning another field that is less than full.