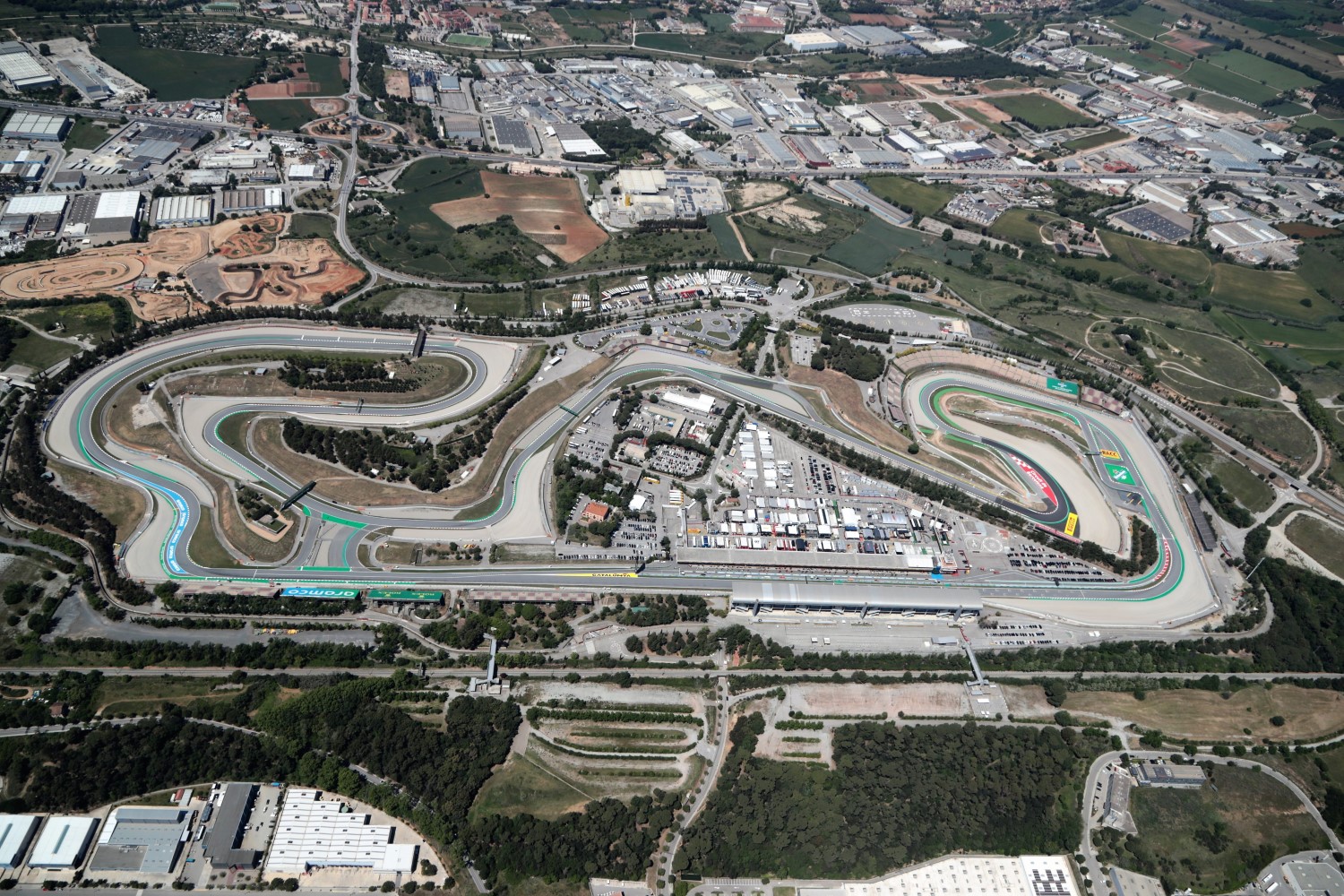 Round 6 of the 2022 FIA Formula 1 World Championship will take the F1 teams to the Circuit de Barcelona-Catalunya for the Spanish Grand Prix.

The Circuit de Barcelona-Catalunya was inaugurated in 1991, ahead of Barcelona hosting the 1992 Summer Olympics, and it has been a mainstay of Formula 1’s calendar ever since. In addition to its 31 years as Spanish Grand Prix host circuit it has also been a regular venue for Formula 1 test days, including earlier in 2022, when it held the opening three- day pre-season shakedown gathering.

The contrast between the new circuit in Miami and the familiarity of the Circuit de Barcelona-Catalunya couldn’t be starker. The drivers and engineers know the quirks and subtleties of this track very well and, while the car balance and tire behavior will be different to February, the teams have a good idea of what to expect and the areas that they will need to work on.

The cars have changed quite a lot since the February pre-season testing at this circuit,  and the much hotter track conditions will present very different problems.

The circuit itself features a mix of fast and slow corners, with turn three in particular being a right-hand turn which seems to last forever, which greatly tests the cars’ balance and agility.

The wind direction at the Circuit de Barcelona-Catalunya can change at any-time during the day and can upset the balance of the car due to the major importance of aerodynamics that modern Formula One cars have. It is then a challenge to find a well-balanced setup since cars can suffer massive drag and understeer on one part of the track in the morning session but suffer oversteer at the same section in the afternoon. An allocated tire compound can work well during testing, but not as well a few months later as changeable conditions can provide unexpected performances from some teams during the Grand Prix.

This year, turn ten has been remodeled with the corner being made less tight. The change was made to improve safety for the drivers.

Max Verstappen holds the fastest lap record at the track with a 1:18.149 set in his Red Bull Racing Honda-powered RB16B at last year’s event.

Seven-time World Champion’s Michael Schumacher and Lewis Hamilton hold the most victories at the circuit with six each to their respective names.

Scuderia Ferrari is the most successful constructor winning the Spanish Grand Prix 12 times with eight coming from the Circuit de Barcelona-Catalunya.

We’re looking on course for a dry, bright and warm weekend in Barcelona with sunny skies, dry weather and temps 78 to 80 degrees F.

Pirelli brings the hardest tires in the 2022 range to the race where it is title sponsor in Spain, with the C1 as the P Zero White hard, C2 as the P Zero Yellow medium, and C3 as the P Zero Red soft. It’s a pretty straightforward choice – which is the same as last year, albeit using a brand-new family of tires – with the demands of the Barcelona circuit being extremely well-known from testing and previous races. These famously include the long Turn 3 as well as Turn 9: all corners that put a lot of energy through the tires.

The teams were at Barcelona as recently as February, three months ago, for pre-season testing. However, there are three big differences to consider: firstly, the teams concentrated on testing compounds in the middle of the range back then rather than the hard; secondly, weather conditions were much cooler; and thirdly, the new cars were in their most basic launch specification. The cars have moved on considerably since then, and it’s going to be interesting to see how much that improvement actually is with the latest upgrades.

With Barcelona being a very well-used circuit, there’s not going to be a huge amount of track evolution expected over the course of the weekend, thanks to a busy schedule of support races too. Temperatures should be dry and warm, adding to the heavy demands placed on the tires. The track itself is unchanged compared to last year, when Turn 10 was modified, slightly increasing the overall length of the circuit.

Last year’s winning strategy was a two-stopper, the traditional approach to Barcelona, with Mercedes driver Lewis Hamilton triumphing from pole using a soft-medium-medium strategy. Soft-medium-soft was used by all the finishers from P2 to P8.

Mario Isola: “It’s hard to say much about Barcelona that hasn’t been said already, as it’s possibly the best-known circuit on the calendar for the drivers, with its wide-ranging layout making it a perfect testing venue. It has a bit of everything, with the very technical final sector being particularly important when it comes to looking after the tires. As a result, the teams will have a good opportunity to assess the progress they have made with their cars since the start of the season, although the weather conditions will be much warmer and there will probably be a lot more running on the hard tire than there was in testing, which will perhaps be the key to the race. In the past, Barcelona has traditionally been a two-stopper, so it will be interesting to see if the new generation of tires this year leads anyone to target a one-stopper.” 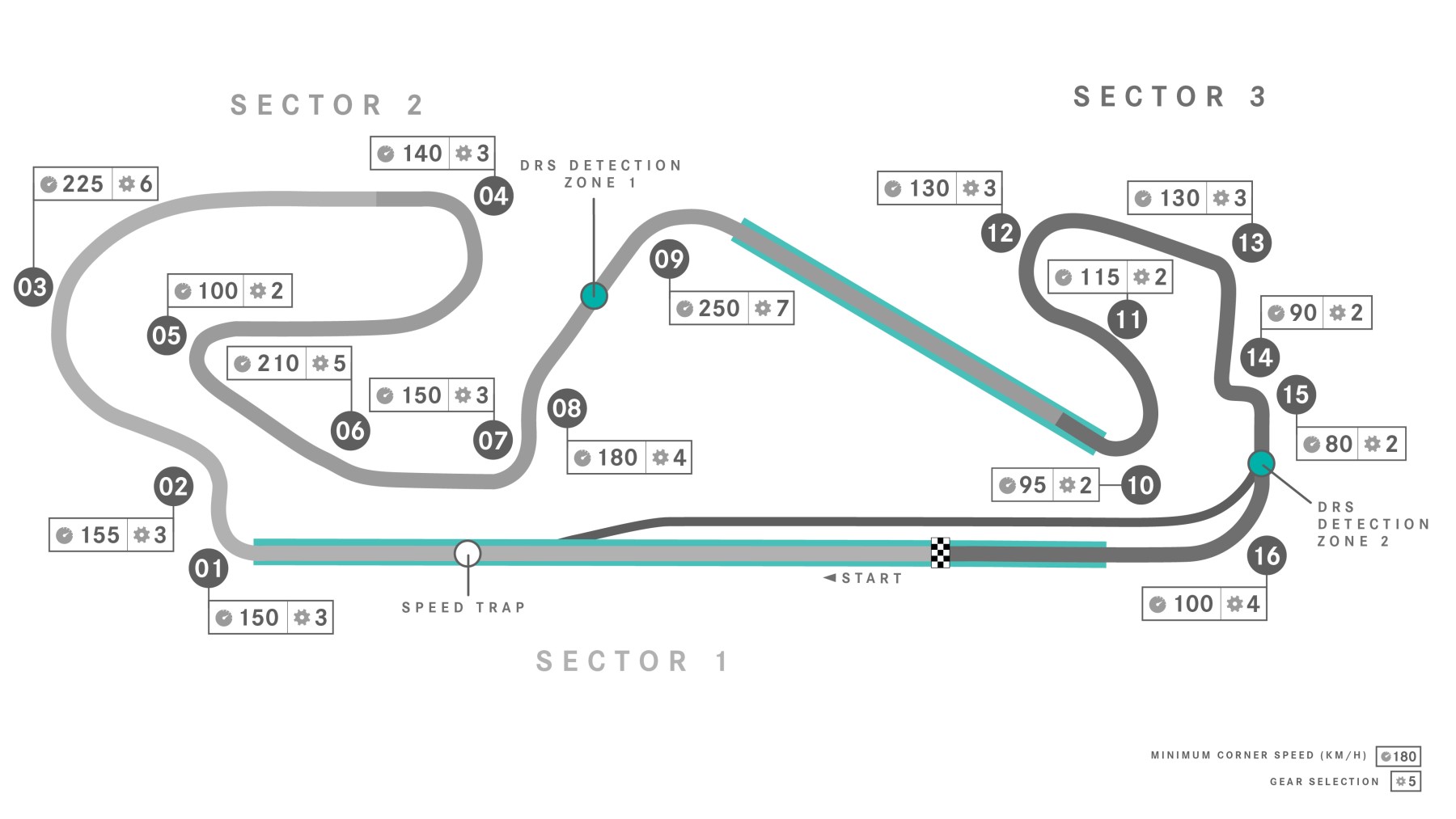