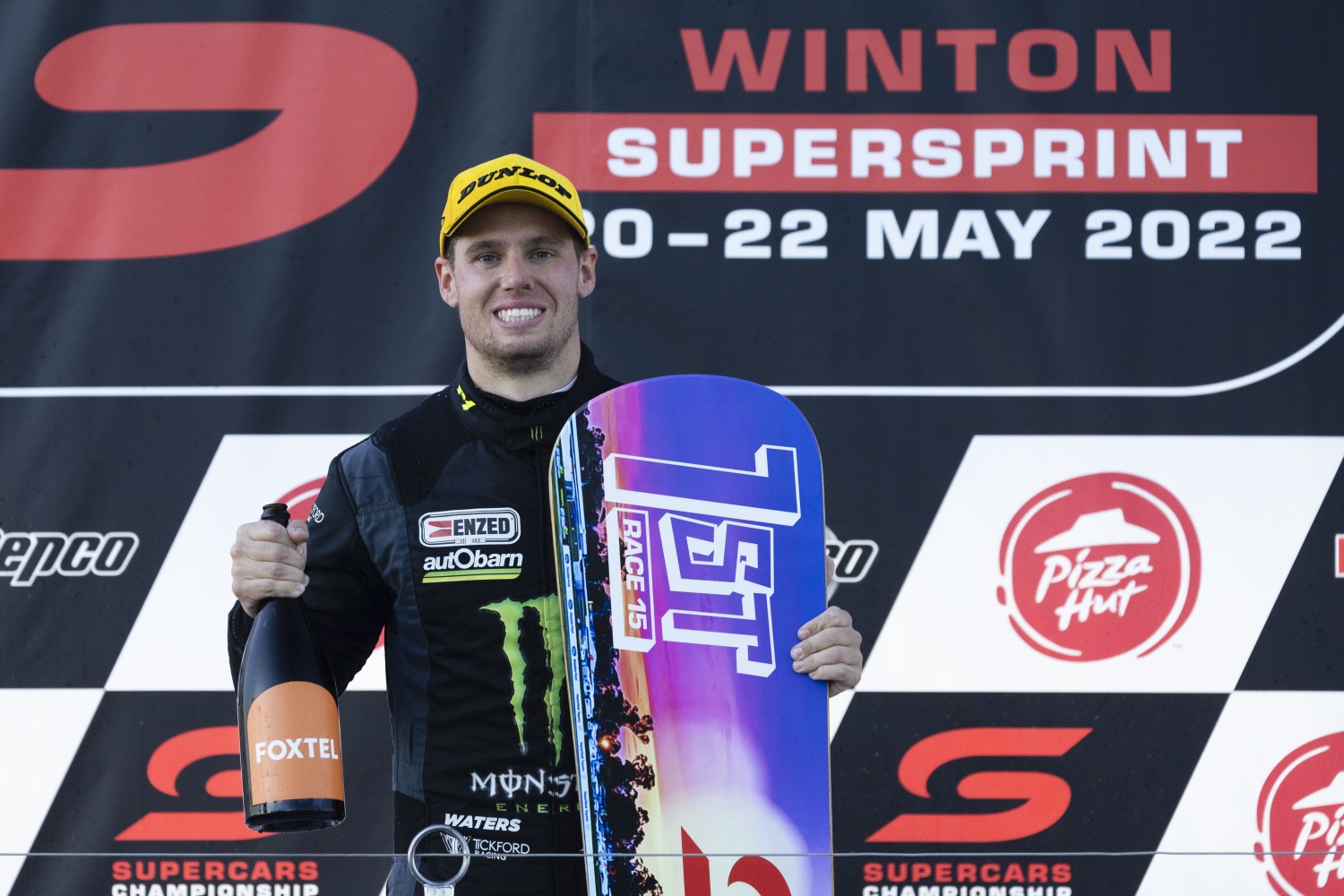 Waters won his second race in as many days at the Victorian high country circuit, holding off the series leader by 0.4 of a second in an intense finish.

Andre Heimgartner finished third, his second podium result for 2022 since switching to Albury’s Brad Jones Racing in the off season.

As it was on Saturday, Waters had van Gisbergen for company on the final lap.

This time, they avoided contact, but the margin was 0.4s all the same.

It marked the second time in Waters’ career, after Townsville 2021, that he won two races on the same weekend.

“So pumped to get it done, two wins this weekend,” Waters said.

“It means so bloody much, they [Tickford] work so bloody hard.

“I can’t thank them enough for all their effort.

“We still have a lot to catch this guy on race pace, but we’ll keep pushing.”

Waters had just enough margin to hang onto victory in the closing stages of the third race of the meet, which was the seventh of his career.

Heimgartner scored a podium for the second round in a row, with David Reynolds and Will Brown rounding out the top five.

Van Gisbergen will carry an extended 281-point lead over Shell Ford’ s Anton De Pasquale to the next round in Darwin from 17-19 June.

Waters has moved into third overall, with Will Davison finishing 10thand dropping  down the standings.

Cam Waters led the way as Shane van Gisbergen sat patiently just under a second behind.

By stopping first for new tires, Van Gisbergen was able to use his warm tyres to his advantage, using an impressively late dive to slide under Waters into Turn 3.

Once in front there was no stopping the series leader, van Gisbergen managing the gap to Waters across the final stint.

The final winning margin was 5.2s.

“It was a great race,” said van Gisbergen. “Cam was quick again but our boys did an awesome job in the pitstop and that put pressure on him.

“[We] won the race in the pits and then I put a nice move on Cam. The car was awesome. I just kept pushing.

“He got us yesterday, but I got him back today.”