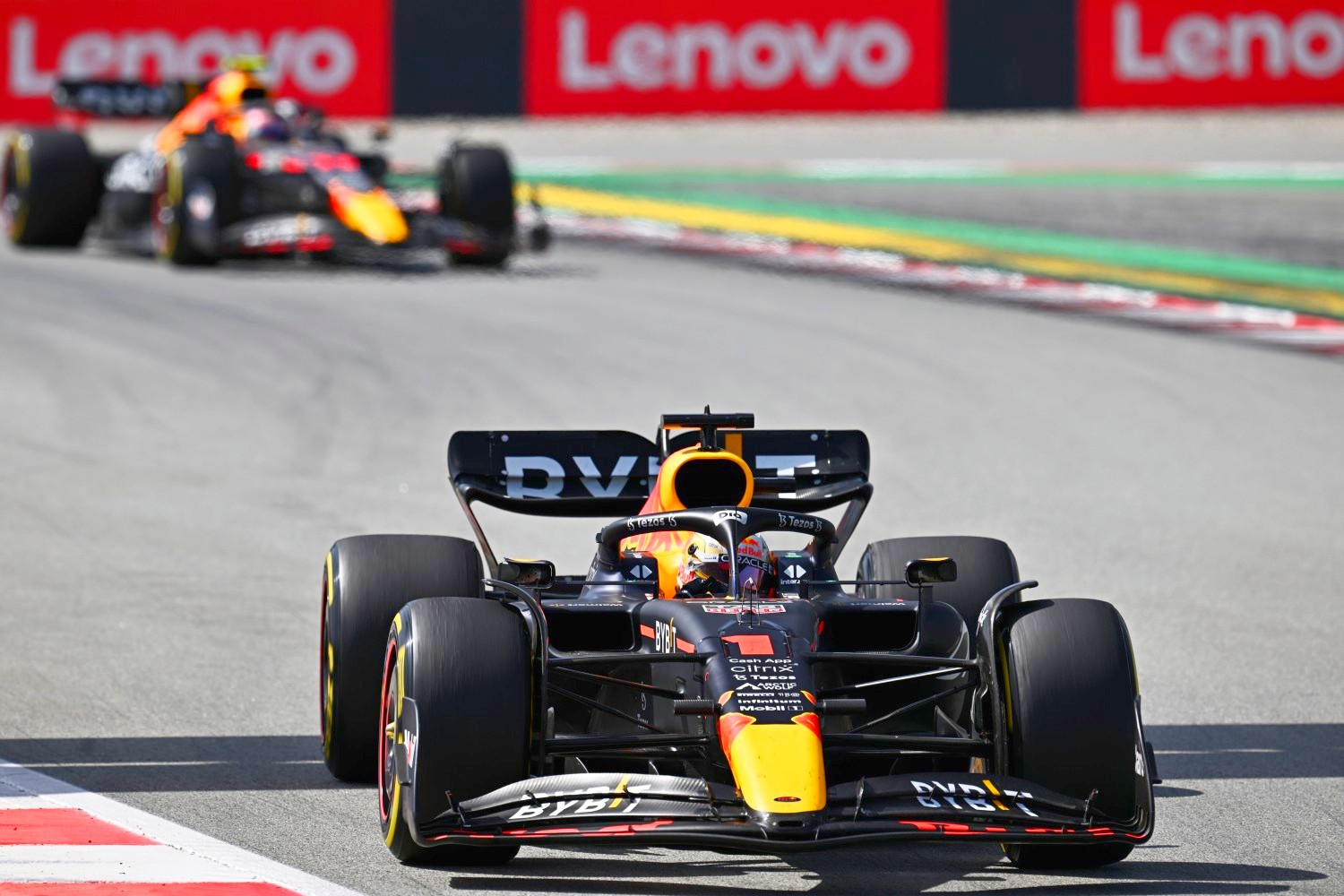 Polesitter Charles Leclerc appeared to be cruising to an easy win in the Spanish GP when his Ferrari power unit broke, handing the lead of the race to George Russell, but the Red Bulls of Max Verstappen and Sergio Perez were too much for the Mercedes and they cruised to a 1-2 finish in the Spanish GP.

Verstappen won his 24th F1 race by 13 seconds despite an intermittent DRS issue and an early spin in Turn 4 when a gust of wind caught him out.  Every race Verstappen has finished this season, he has won, and he now leads the points championship by 6 over Leclerc and Red Bull leads the Constructors race by 26 points.

Sergio Perez won the single point for fastest lap before a sun-drenched crowd of 126,000 people.

George Russell drove his Mercedes to the final podium position, Mercedes lost Hamilton to a first lap racing-style incident with Magnussen, which thanks to a puncture sent him to the back of the field, but he drove great to finish 5th.

He was a well-deserved driver of the day.

The Mercedes team are indeed back.

Carlos Sainz Jr. was 4th for Ferrari after an early spin in Turn 4, the same place Verstappen spun. To the cheers of the crowd, Sainz made a late pass on Hamilton to take 4th after Hamilton had passed him earlier.

“Of course I went off, I just lost the rear,” said a happy Verstappen.  “And I was in the train and trying to pass but my DRS was not always working which made it tough. We had the strategy to get ahead again and do our own race. Difficult beginning but a good end! I tried to stay focussed, which is not always easy.

“Very good job by the team, and thank you to Checo, he’s a great teammate.”

“I’ve been feeling a lot of support here, so I’m very happy to finish on the podium. At the end it is a great team result, but I am happy for that,” said 2nd place Perez.

“It was a race of two halves, nothing was working for us, the issue with DRS, that moment at Turn 4,” said Horner. “At that point we decided to convert him to a three-stop and as it panned out, that was the preferred strategy.”

“Today was very tough, I gave it everything I could, just so proud to be standing here [on the podium] as the guys have worked so hard,” said Russell. “Pleased to be able to bring it home in P3, lots of points on the board for us. Very difficult last few laps, it was a survival race.”

Up next is the tight streets of Monaco, and a home race for Leclerc. He does not – to put it mildly – have a good record on home soil, but can he turn things around and finally beat  Red Bull and Verstappen?