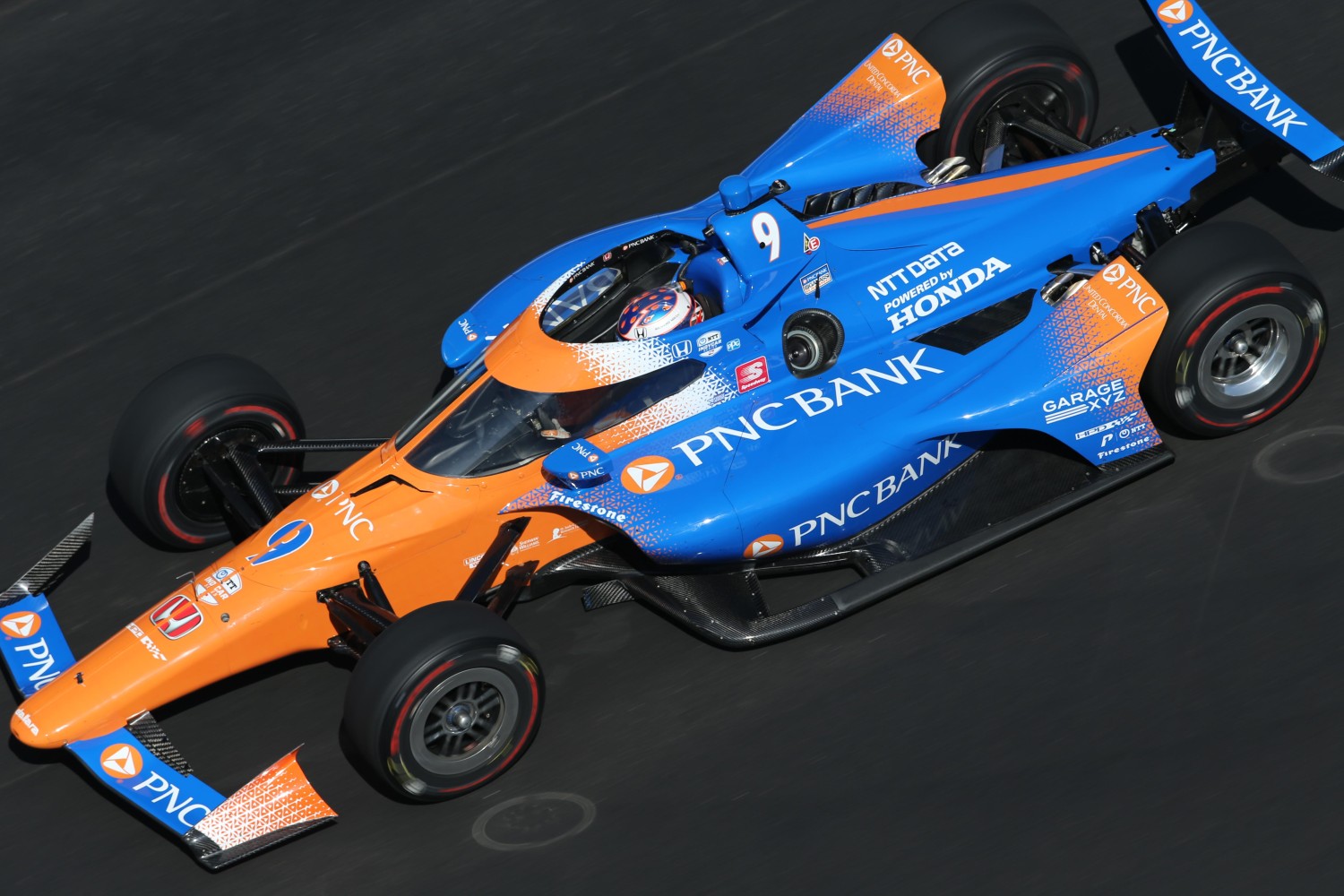 In an exciting qualifying shootout, Scott Dixon won his fifth career Indianapolis 500 presented by Gainbridge pole — just one behind the event record of six set by Rick Mears — after beating 11 challengers this afternoon at Indianapolis Motor Speedway.

This is Chip Ganassi Racing’s first 1-2 start in the Indy 500 since 2008 when Dixon and Dan Wheldon were the top two qualifiers.   Dixon went on the win the race that year, his only 500 win so far in his career.

Ed Carpenter Racing’s Rinus Veekay will start outside the front row with a 4-lap average of 233.385mph.

Row 2 will be Ed Carpenter, Marcus Ericsson, and Tony Kanaan, the last three drivers that made it to the final Fast Six round

Dixon, from Auckland, New Zealand, earned a $100,000 for the NTT P1 Award and is just one shy of four-time Indy winner Rick Mears for the most poles in “500” history.

Dixon’s run broke the all-time pole record speed of 233.718 set in 1996 by Scott Brayton. Arie Luyendyk set the all-time four-lap qualifying average speed record of 236.986 in 1996, but his run came on the second day of qualifications and wasn’t eligible for the pole.

Up next is a two-hour practice session for all 33 starters from 1-3 p.m. (ET) Monday, with live coverage on Peacock Premium and the INDYCAR Radio Network. Then it’s on to the final practice before the race, from 11 a.m.-1 p.m. Friday, May 27 on Miller Lite Carb Day.

The 106th Indianapolis 500 presented by Gainbridge is scheduled for Sunday, May 29, with live coverage starting at 11 a.m. on NBC, Telemundo Deportes on Universo and the INDYCAR Radio Network.