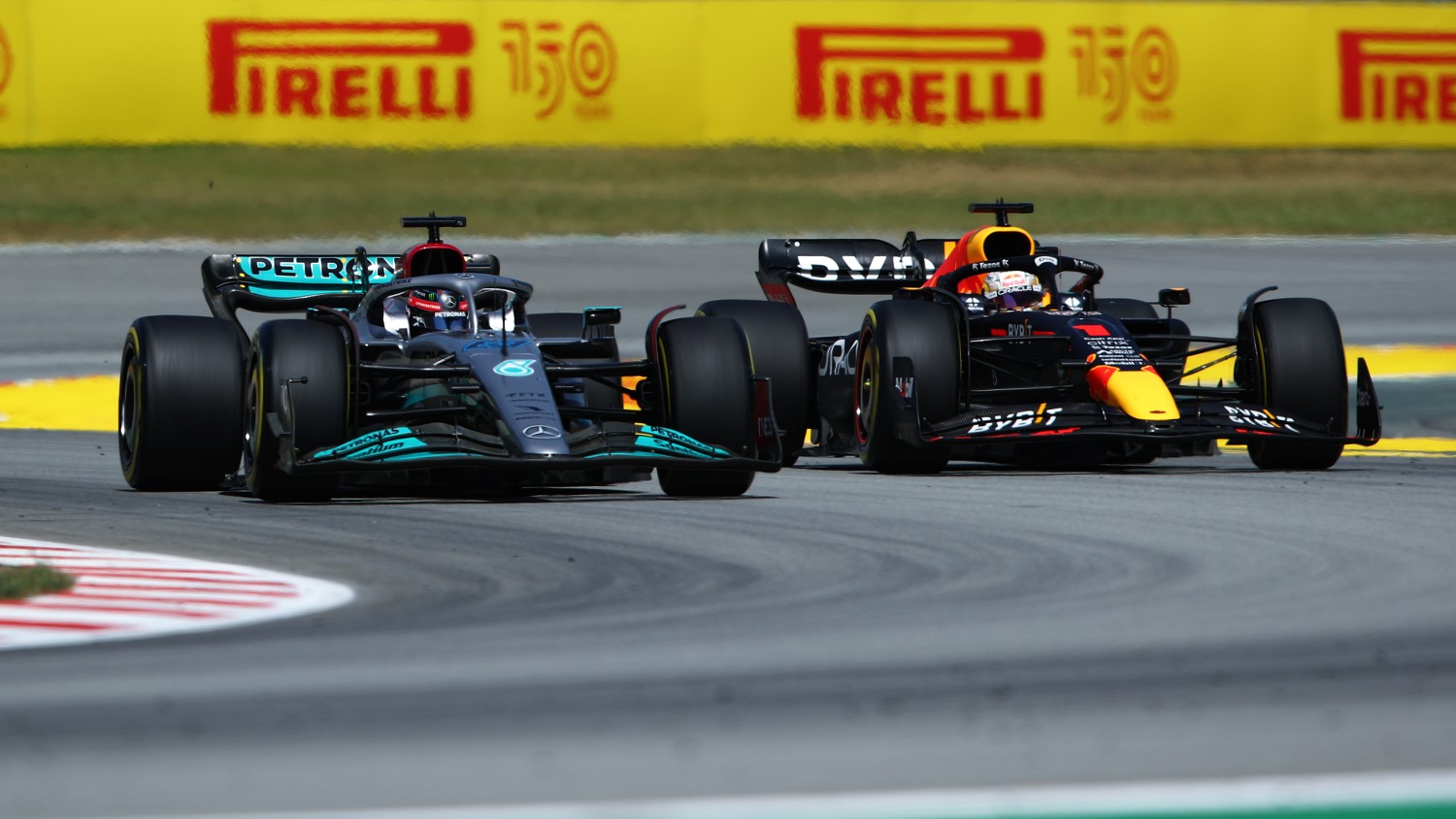 Max Verstappen lost a lot of track time stuck behind a slower George Russell because his DRS would not open and because Russell had a perfect defensive strategy. But he put himself in that position by going off track in Turn 4.

Red Bull’s reigning champion admitted he was “frustrated” by a race-long DRS issue that had perhaps stopped him passing even sooner.

Verstappen qualified second but fell down the order after an early off-track excursion at Turn 4. He then found himself battling with George Russell for P2 and the lead when Charles Leclerc retired. The battle was hard, fair, but not easy, as the championship leader recounted.

“A bit of a race with two halves,” said Verstappen, “because the first 30 laps were very frustrating for me after I went off in Turn 4, first of all, which really caught me by surprise because I didn’t feel like I was actually braking later or throwing more speed into the corner. But it was very gusty out there today… that caught me out by surprise, that was not ideal of course.

“I look back at it and I’ll smile now; at the time of course I was a little bit frustrated. But it was a really good and tough battle, I think.”

As for the DRS issue, Verstappen explained that it wasn’t easy to drive while trying to diagnose the malfunctioning system.

“I mean, I could have shouted [something] back on the radio, but there is nothing you can do because I mean, I’m not stupid; once you get the light and the activation beep then you press the… paddle and if it doesn’t open, there’s clearly an issue.

“I spammed it like 50 times at one point on the straight and it’s just not opening, so there was clearly an issue. I tried all different kinds of things: stay off the kerb, on the kerb, open it a tiny bit later. It was just broken or malfunctioning so yes, we clearly have an issue there on this wing.”