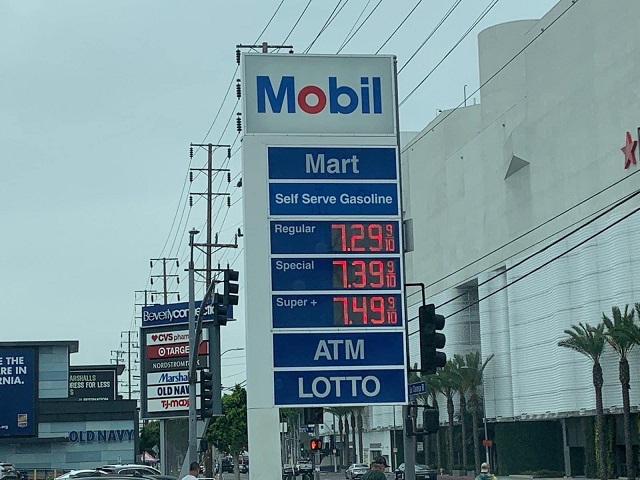 Aggravated by the Russian Oil ban, but primarily caused by the USA government’s war on oil, gas prices are hitting record highs around the country.

But none higher than in Los Angeles, where prices hit $7.29 per gallon.

Any gains Americans made as a result of the higher minimum wage, has been more than offset by higher inflation, and in particular, the higher cost of gasoline to drive to work.

This is supposed to be Building Back Better?  Can’t we just put it back the way it was before January 2021 when this administration began to dismantle what was built?