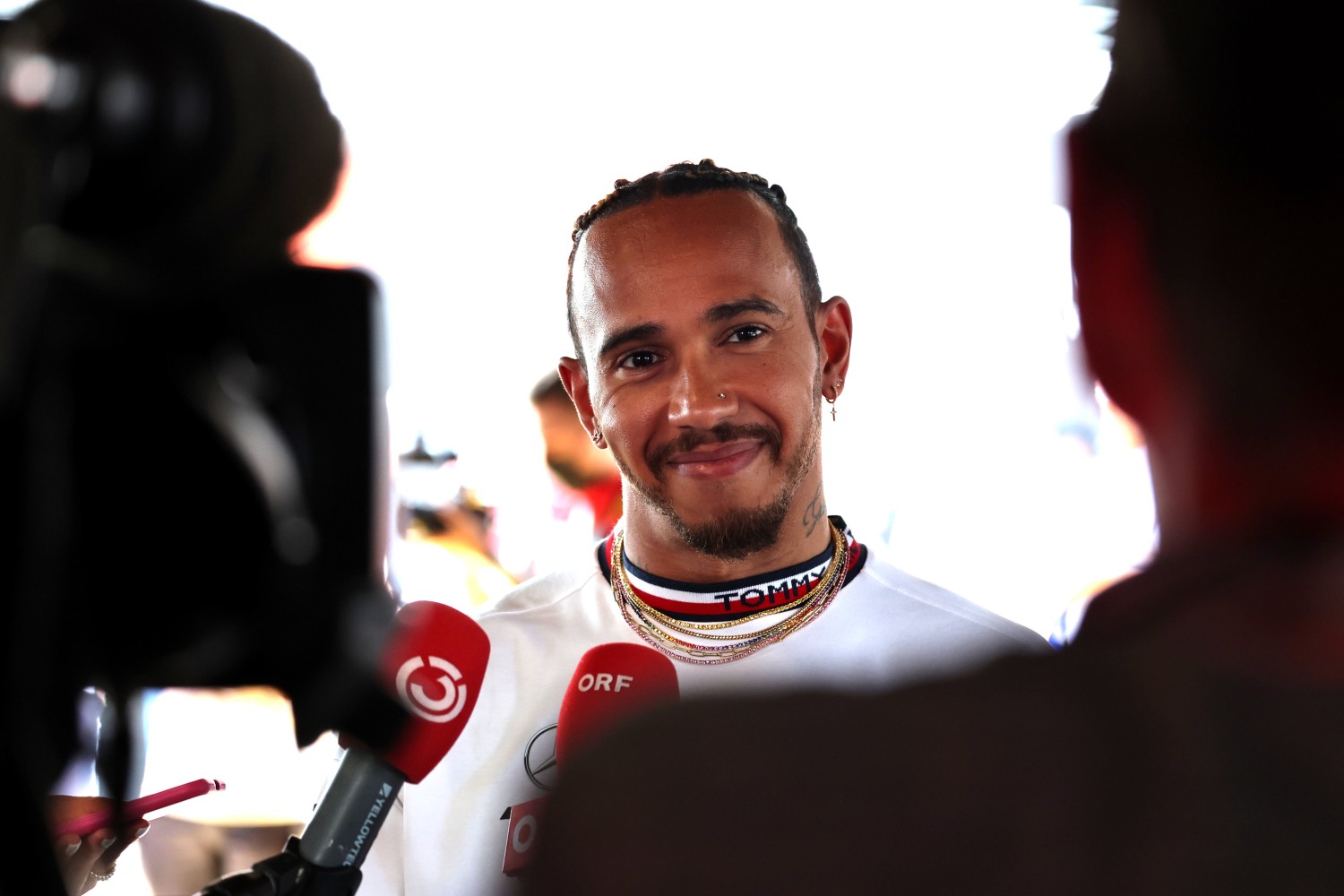 Photos circulated online purporting to show the seven time world champion running has hand along the wing of the drivers’ and constructors’ championship-leading design whilst it sat in parc ferme.

Video footage of the same incident, however, revealed that the 37-year-old British driver may simply have been brushing past the car as he negotiated a small gap between the rear wing and a fence.

De Telegraaf newspaper in the Netherlands claims Red Bull asked the FIA to clarify the incident.

Red Bull declined to comment, but the newspaper said “various sources” believe the energy drink owned company has been in contact with the governing body.

Mercedes argues that the still images of the Barcelona incident are deceptive.

“Lewis walked back to the paddock after his anti-doping test and did not touch any cars,” a spokesman for the German team insisted.

Last year at Interlagos Max Verstappen was fined $60,000 for touching the rear wing of the Mercedes F1 car in Parc Ferme.  The rules state that no driver shall touch a car in Parc Ferme after a GP.

However, Verstappen is not F1’s ‘golden boy’, but Lewis Hamilton is.

The leaked photo below appears to show Lewis Hamilton putting his hand on the rear wing of Sergio Perez in Parc Ferme after the Spanish GP Sunday.  However, we cannot be 100% certain.

That’s my video/photo, it’s still not clear weather he touched it or not pic.twitter.com/TcAToSIxzO