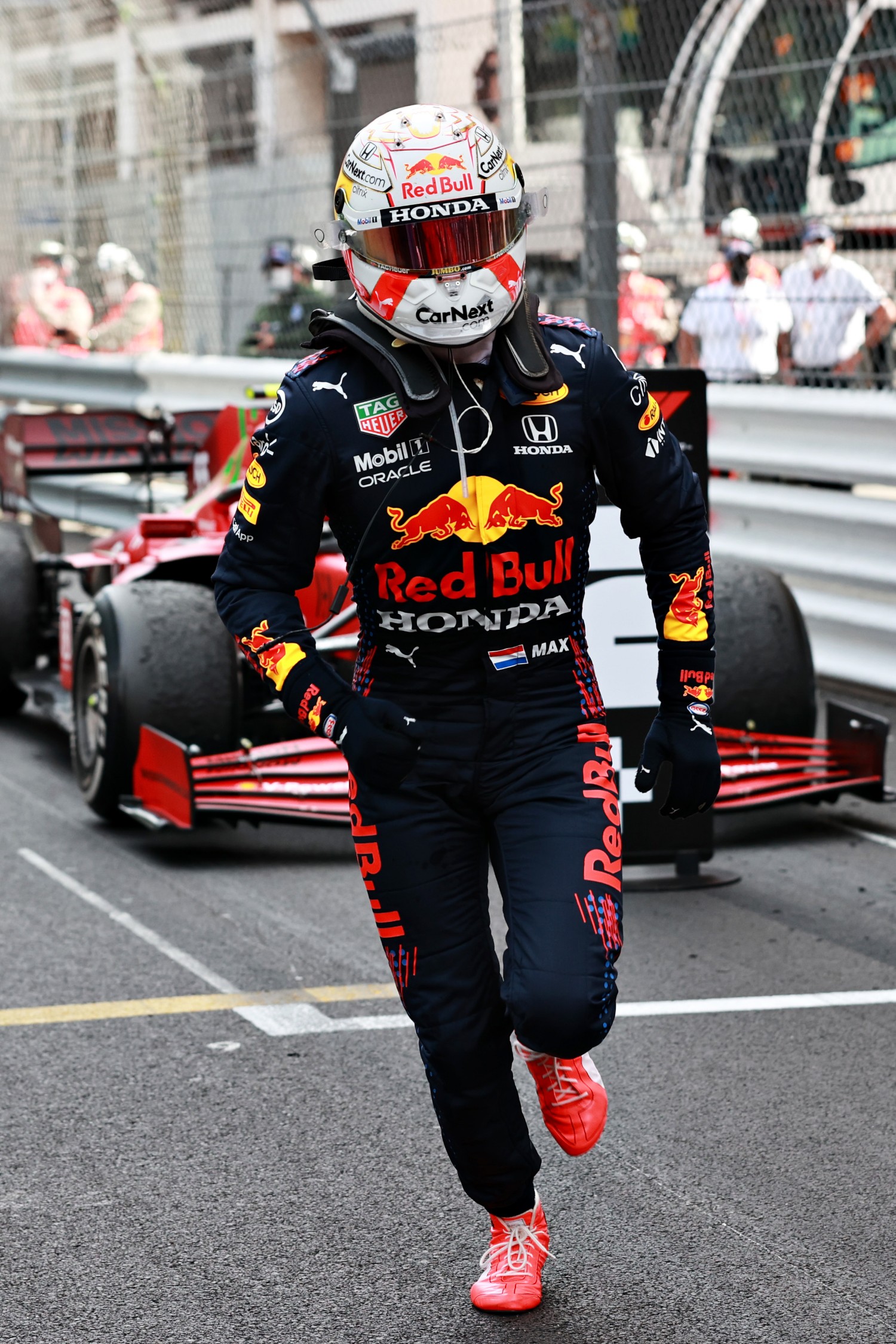 The Monaco Grand Prix is one of motorsport’s oldest events, having first run in 1929, and in 1950 it was part of Formula 1’s inaugural World Championship season. It has been absent from the schedule on only four occasions during Formula 1’s 72-year history.

Monaco’s prestige is heightened by its demanding layout and desirable location, with the circuit winding itself around the narrow streets of Monaco’s Principality, perched along the jaw-dropping French Riviera. The Circuit de Monaco remains largely recognizable to the layout first run 93 years ago, with the 3.3km track passing by landmarks such as the Hotel de Paris, Casino de Monte-Carlo and iconic Port Hercule, in which float gargantuan nautical creations.

There are few places that evoke what a race weekend in Monaco does. The yachts gently bobbing onto the water in the marina, the sun glistening as the sounds of engines rips through the air and echoes in the tunnel: the imagery of this race is familiar to all. It’s a race a lot of drivers call home, of course; it’s a race to which VIPs flock, a race to see and be seen.

Monaco is a special race for drivers and teams as well: a challenge from the sporting perspective, of course, with the unforgiving walls ready to punish the tiniest mistake and the stopwatch rewarding the bravest. But also a challenge from a logistical point of view, with multi-storys garages, a split paddock, spares and trucks stored remotely. It’s not an easy weekend, but it’s an experience that needs to be done at least once.

It is a circuit where track position and strategy are both vitally important, given that passing is extremely tough, while the barriers can quickly bite for any driver who oversteps the limit. While the Circuit de Monaco is the shortest, and slowest, on the current calendar it is among the most frenetic and awe-inspiring for those tasked with navigating Formula 1 machinery around its streets.

In a change from the long-held tradition, when practice took place on Thursday ahead of a rest day on Friday, the Monaco Grand Prix this year falls in line with other events for the first time. Track activity will now commence on Friday, with qualifying Saturday and the 78-lap race Sunday.

Nowhere does it quite like Monaco 🤩🇲🇨 #F1 pic.twitter.com/WSS66MGEPx

Crucial in Monaco because slower cars can easily keep faster machines behind. Teams will be looking to secure a strong qualifying result, with further gains likely to be made via the undercut. With an average of two overtakes per race since 2018, on-track passing is rarely the way forward.

The softest Pirelli range (C3, C4 and C5) will be used in Monaco and there’s only a 20-second time loss in the pits – but don’t expect multiple stops. Drivers will likely pit early to make up track position and then manage the compounds until the end.

F1 rarely worries about the two-hour time limit, but it can be a factor in Monaco. Race distance is a mere 260km, but recoveries under Safety Cars are often lengthy and challenging. Historically, 80% of Monaco GPs have featured a Safety Car, with 20% of dry races featuring the Virtual Safety Car since it was first introduced.

Picking a highlight around a lap of the Monaco Grand Prix is no easy feat, but few corners require more of a specialist approach than the Fairmont hairpin.

This is the slowest corner on the F1 calendar, taken at speeds as slow as 48km/h (30mph) at a hairpin so tight that teams and drivers run a modified steering rack to cope with what often feels like a traffic jam on the opening laps.

Another unique challenge is the run from Turns Nine to 11, which encompasses drivers blasting out of the tunnel section into the blinding sunlight, requiring drivers to trust in their car and muscle memory.

Once drivers readjust, the Nouvelle Chicane looms. This tricky left-to-right complex has become a possible overtaking point, but the barriers have claimed many drivers’ races in recent years.

Max Verstappen took the lead at the start of last year’s Monaco Grand Prix. From there the 23-year-old Dutchman cruised to his twelfth career Formula One victory. Ferrari’s Carlos Sainz matched his career best finish coming home second, 8.968s behind Verstappen, who moved into the World Championship lead, four points ahead of Lewis Hamilton who finished seventh.

“Monaco is always a hectic but special weekend. Qualifying is critical, the track is very old school and narrow, your heart rate goes so high, it’s insane! We have to constantly be on the edge, it’s a pretty crazy track with Formula One cars. My Monaco race history was not so good, but I finally won there last year and there was a massive relief once I crossed the line, I was very happy to win that race. Checo and I are working really well as a team and it is of course great that we are leading the Constructors’ and Drivers’ Championships, but there is still a very long way to go and a lot can change, as we’ve seen so far this season.”

“Monaco is one of the most special weekends of the season, especially that Q3 on Saturday. Qualifying can become very intense there because you know 99 percent of your result is done on Saturday. I love the track there, it’s just great, you cannot make a mistake in Monaco because if you do, it is normally very costly. I had a great shunt on my first attempt at Q3 in Monaco, when I lost the car coming out of the tunnel, it was probably my worst in Formula One, yet still I love that place and driving that track. Last time out in Monaco is always irrelevant because every weekend in Monaco is very unique, I think the atmosphere and the history there just adds to that too. We have incredible momentum as a Team right now, and we just keep pushing. I am excited to see how the car performs around the Monaco track, I will give it my all.”

“Monaco is both historic and iconic in Formula 1. The whole world knows the Monaco Grand Prix, and photos from the early days of this race show how little this circuit has changed. It is famous for its setting and for the difficulties it presents the drivers. Maybe sometimes the race itself is not the most exciting of the year, but in terms of the degree of difficulty for the driver it is one of the most, if not the most, difficult race of the year. Driving right on the limit at this circuit requires maximum concentration and it’s a real challenge, one that I very much appreciate. I like the super-complicated track, which evolves a lot from one session to the next. You are on the limit, just a few millimeters from the barriers, and it gives you a real adrenaline rush. This year, with these cars that are now very wide, it might be nearly impossible to pass. But, from a driving point of view, it is one of my favorites, definitely in my top three best tracks. The French Grand Prix is my real home race, but naturally there is a lot of support from the fans in Monaco and there is a magic feeling around this race and the whole event.”

Monaco is always a challenging circuit that requires a specific approach to setup and car management. With the new 2022 cars, this is going to be an even greater challenge, as it will be necessary to move the car away from the aerodynamic optimum in order to be able to deal with the bumps and curbs of the Monte Carlo streets. Apart from some additional brake cooling and steering options, we have no test items or upgrades for this event, and so we will be free to spend the practice sessions exploring the car setup and helping the drivers to get maximum confidence in the car.

The tires are the softest of the Pirelli range, including the C5 compound, which we last used in Melbourne. This very soft compound worked well at Albert Park and so it may require a different approach to get it into the best window in Monaco.

Although normally warm and dry, there is always a risk that the cloud cover on the mountains can quickly move over the circuit, completely changing the character of the track. We will need to be mindful of this and look to capitalize on it if it happens. 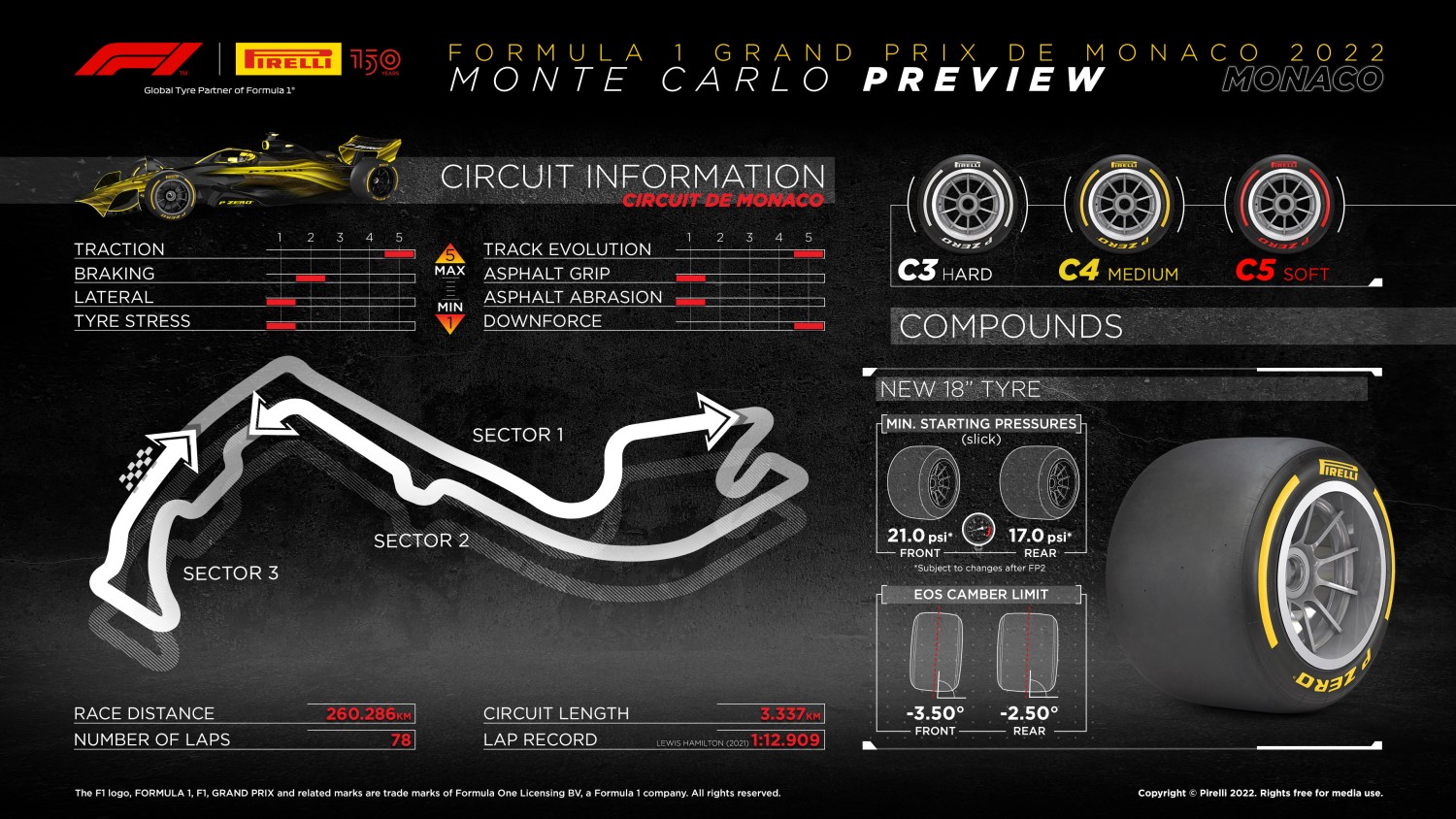 “Monaco is often described as one of the most unpredictable races of the year, but the truth is that qualifying takes on a particular significance as track position is key here. As a result of that, understanding how to maximize the softest C5 compound – which has only raced at one event so far this year, in Australia – will be a vital part of free practice. With the previous rule requiring drivers to start the race on their fastest Q2 tire now abolished, we might see some different strategies this year, with some drivers picking harder compounds to begin the race to target running a long first stint, given the difficultly of overtaking. Others may choose a more traditional approach by starting on the softest compound, at a race where strategy can make a real difference.”