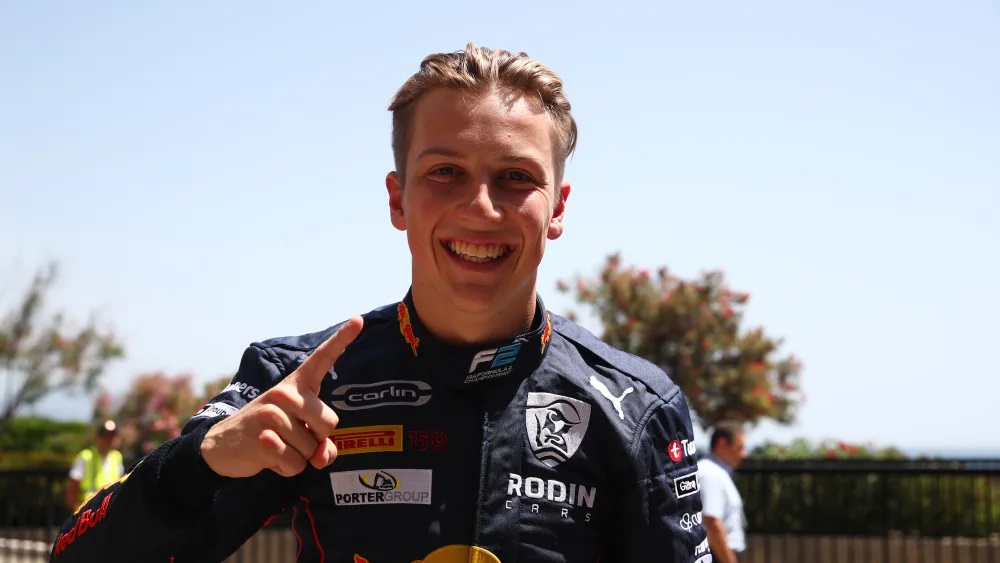 Liam Lawson set the fastest time in qualifying around the streets of Monte Carlo, narrowly beating out Ayumu Iwasa by just 0.059s. Championship leader Felipe Drugovich hit the wall on his final effort, but remained third-quickest in Group A. Meanwhile, ART Grand Prix’s Théo Pourchaire topped Group B with a 1:21.535 and will start from second.

Drugovich had been fighting with Lawson as both traded fastest sector times throughout the first segment. The Brazilian was quickest until Group A’s final efforts, when a slide out of the final corner on what could have been his fastest lap resulted in contact with the wall. Lawson improved and finished his lap to go fastest in the first group.

A slow burn in Group B followed, but a red flag in the final minute prevented any last-gasp improvements. A crash for Van Amersfoort Racing’s Jake Hughes at the Swimming Pool chicane ended the session prematurely. It meant that Pourchaire’s penultimate attempt was good enough for the top spot in the second group.

Lawson led the first group out onto the track with conditions looking perfect for Qualifying. All 11 drivers ventured out on scrubbed tires before boxing after a few exploratory laps for fresh supersofts.

Drugovich set the first representative lap with a 1:21.795s for the rest to beat. Ralph Boschung got closest, just 0.064s down. The former was conservative on his first effort but found improvements across all sectors on his subsequent lap, lowering his session-topping time to a 1:21.348s. Boschung, on the other hand, radioed into his team that he had tagged the wall on his next lap, bending the steering and leaving him sixth with the final laps to go.

The Championship leader pushed for his third and final lap, setting a session-best middle sector but just a few hundred meters from the line, tagged the wall in the final corner, forcing him to pull over. Lawson kept it out of the barriers, finished his lap and improved to go fastest with a 1:21.229s. Iwasa also improved his time to go second in his group.

Logan Sargeant was the first out in Group B for the installation laps. The first of the proper efforts began to filter in with seven minutes remaining. Sargeant’s 1:22.230s was the time to beat heading into the last part of the session.

Roy Nissany edged ahead on his first flying lap, a 1:22.178s put him first with five minutes remaining. Hughes was the next to go fastest, even if he scraped along the barriers at the final corner on the way to the line. Moments later Jehan Daruvala put his PREMA Racing car on top with a 1:21.928s.

Enzo Fittipaldi improved with three minutes left to go as the track continued to rubber in and drivers began to take more risks. Jüri Vips was then quickest but only for a matter of seconds as Théo Pourchaire pipped him by 0.083s ahead of the final minute.

The final set of laps wouldn’t arrive though as Hughes suffered a crash through the Swimming Pool chicane, bringing out the red flags and with so little time left on the clock, the session wasn’t resumed. Clipping the wall on corner entry, the front wing bounced him into the wall and out of the session.

With the aggregated results taken from the sessions, Lawson will line up on pole ahead of Pourchaire with Iwasa alongside Vips on the second row. Drugovich will be fifth followed by Fittipaldi. Doohan is seventh, ahead of Daruvala. Marcus Armstrong and Hughes round out the top 10.