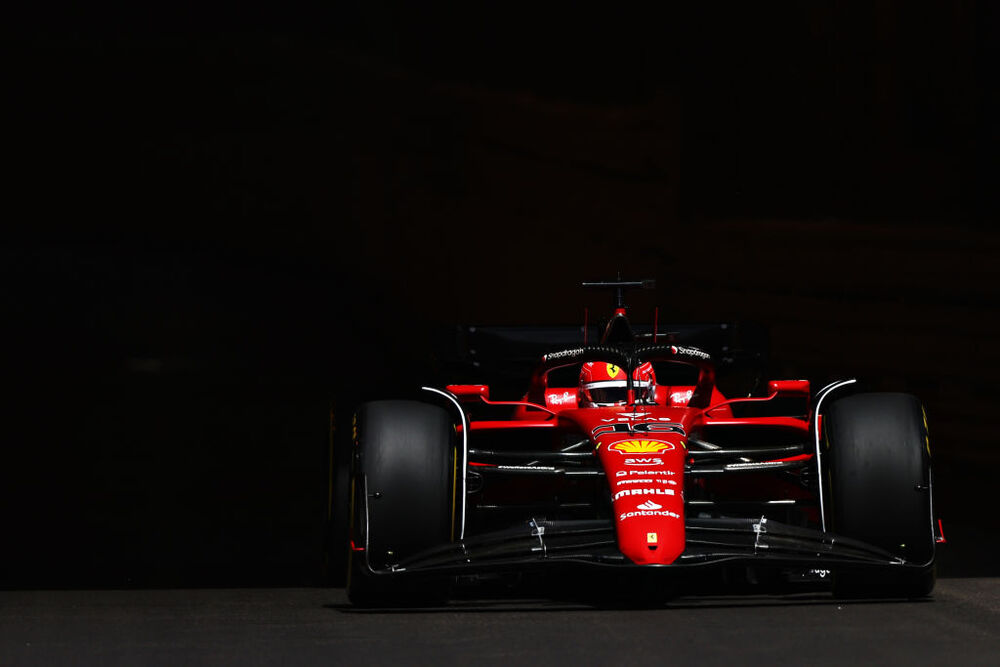 As they have been at just about every race this year, Ferrari has shown the pace over all challengers again this weekend in Monaco.

Charles Leclerc led Practice 1 for Ferrari, and he did the same in Practice 2 for the Monaco GP with a lap time of 1m12.666s to lead his Ferrari teammate Carlos Sainz jr. by just 0.044s

The Red Bulls of Sergio Perez and Max Verstappen were 0.379s and 0.447s behind Leclerc. Perez actually got the best of his teammate in both sessions today. While FP1 could be explained by Verstappen’s lock up and flat spotted tires, this session the Mexican just seemed to have much better pace.

Lando Norris rounded out the top-5 in his McLaren.

George Russell was 6th for Mercedes 0.750s behind, and again he easily beat his slower  teammate Lewis Hamilton who was 1.6s behind Leclerc.

Even Sebastian Vettel (9th) in the horribly slow Aston Martin was faster than Hamilton.

Pierre Gasly took seventh for AlphaTauri as the last driver within a second of P1.

Fernando Alonso was over three-tenths off the AlphaTauri in eighth, his team mate Esteban Ocon only managing a lap good enough for P18 in the other Alpine.

Clearly, based on today’s practice session, the Ferraris are favored to lock up the all-important front row on Saturday, especially important given passing here at Monaco is all but impossible.

“We’re focused into our long runs now, this is the only chance we have to get that data. In this session [Ferrari] have shown a lot of speed, they are looking pretty racy,” said Red Bull boss Christian Horner.

Friday practice has delivered some interesting storylines then, with the main one being Leclerc’s form. He is showing no signs of any extra pressure racing at home, and is simply going about his business. He seems to be comfortably ahead of his teammate too – something Sainz might want to spend the evening looking into.

Daniel Riccardo continued to give his McLaren team reason to terminate his contract early. The Australian crashed his McLaren in the first few minutes on Practice 2 in the Swimming Pool area.

Replays show that he picked up a touch of understeer into Tabac, and the car just wouldn’t let him correct. With grip at a premium he slid into the barriers, knocking off his front wing and then slid on into the next set of barriers.

He set no time in Practice 2.