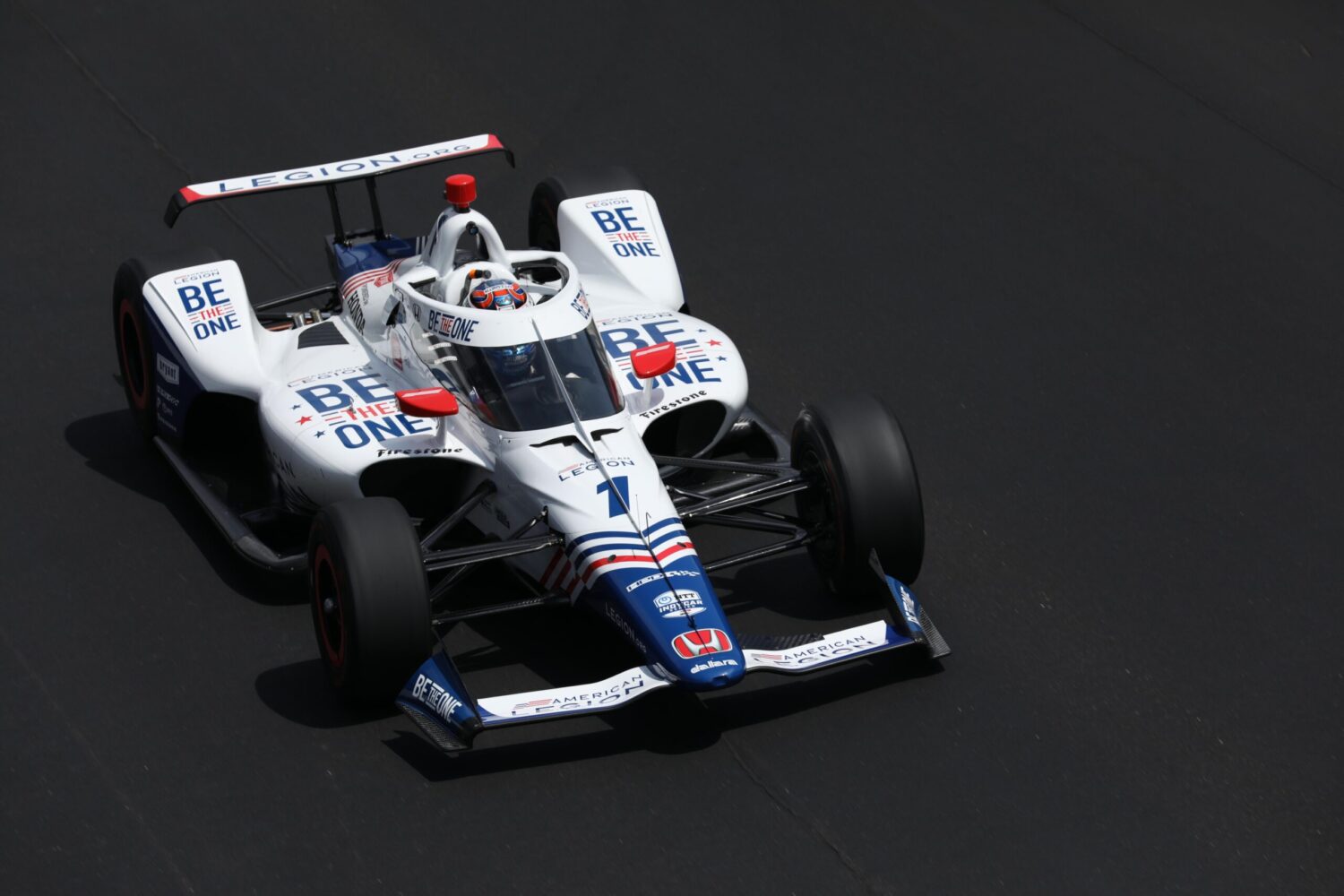 Tony Kanaan, the driver of the no 1 American Legion Chip Ganassi Racing entry, set the fastest lap for the Miller Lite Carb Day practice session which was delayed half an hour by wet conditions this morning.

Another Ganassi teammate, Marcus Ericsson, driver of the no 8 Huski Chocolate car, had the second-fastest lap.  The Swede had the fastest no-tow speed of 221.806mph, which will be important for the race on Sunday

Takuma Sato, driver of the no 51 Nurtec ODT Dale Coyne Racing with RWR, was third.

Polesitter Scott Dixon, another Ganassi driver of the no 9 PNC Bank entry,  was fourth fastest.

Sage Karem, driver of no 24 AES Indiana DRR entry, was fifth fastest.  The 27-year-old did 61 laps today in the 90 minute practice.

Kanaan was quite entertaining in the press conference after the practice with his good friend, Juan Pablo Montoya.  They bantered back and forth about their setups and not knowing whose car is who due to them only driving this race this season.

Kanaan did comment on today’s practice.  “Today is not important at all. We had a good car all month. We didn’t go out and let’s be fastest on Carb Day. It doesn’t count, doesn’t mean anything. It’s a consequence of a good car that we had all month. You look at teammates, they’re all there.”

“Glad it’s been working out for us. After this interview, it doesn’t matter anymore. We’re all going for the race on Sunday.  Anything can happen. Doesn’t matter how good of a car
you have if you’re not in the right place at the right time.”
The track goes quiet now as teams make final preparations for the big race on Sunday starting at 11:00am on NBC.