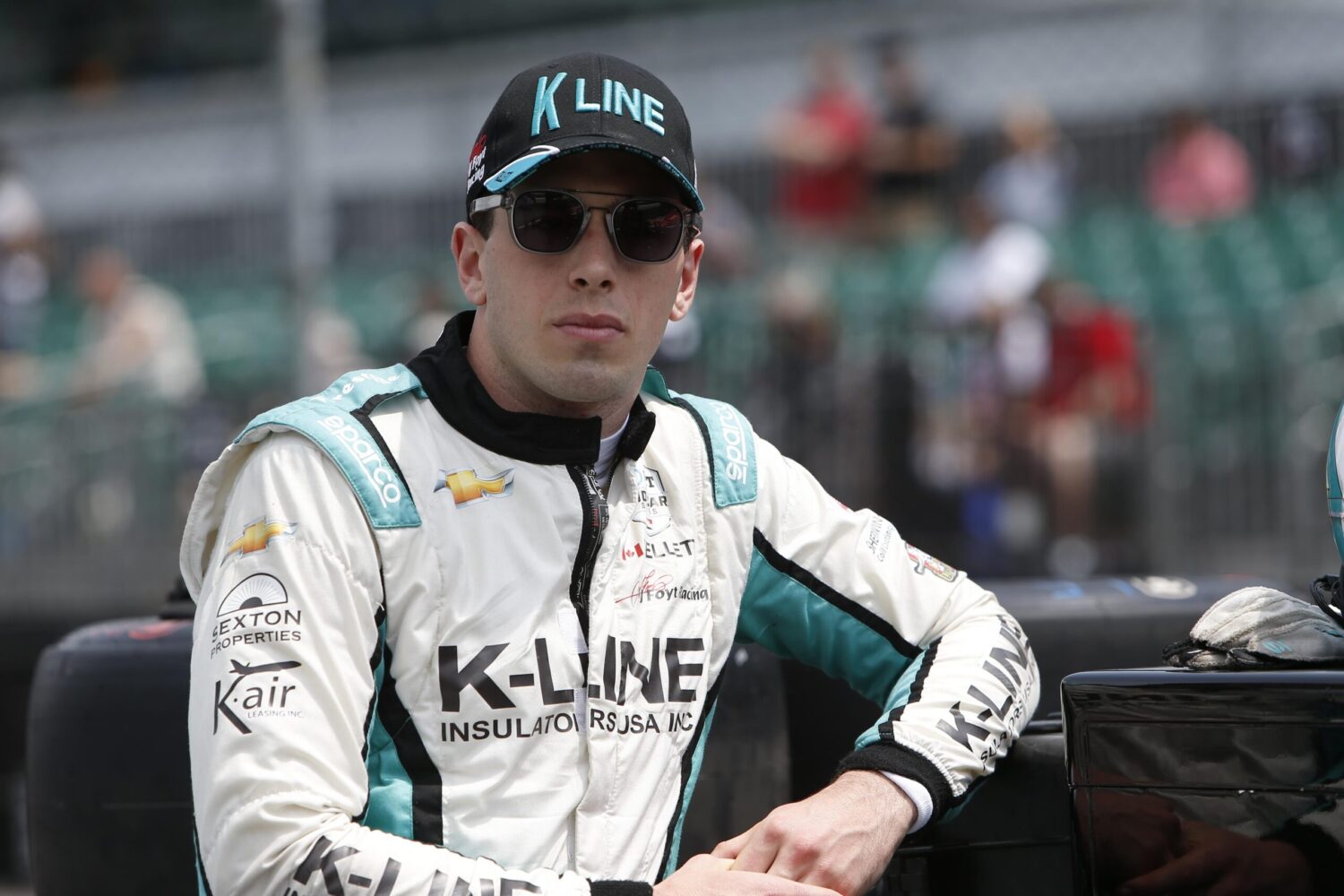 The NTT INDYCAR Series is made up of drivers from all over the world.  It is interesting to hear their reactions when asked about the tragic school shooting that happened in Uvalde, Texas on May 24, 2022.  Most of the drivers from other countries remarked that this is not an issue in their country.

Dalton Kellett, the Canadian driving the no 4 K-Line AJ Foyt Racing entry, had posted his opinion on gun control on Twitter and met with many opposing opinions.  But the 28-year-old wanted to do something positive to help the victims’ families.

AR1 spoke with Kellett regarding his good gesture.  “It is an idea that just came together after that terrible tragedy in that Texas school. I gave some advice on my website and they thanked me for speaking out about the incident.”

“I gave them the idea of using my merchandise platform sales to drive up some support for this cause.  Between what we sold and matching donations from K-Line and AJ Foyt Racing, we were able to donate $11,400.”

“The big thing for me is that there you can pretty much guarantee that not everyone that contributed and donated necessarily agrees with what I said about on control and gun laws.  But we came together as a community to help these families during this tragedy.”

“Every time something like this happens, it is so sad and heartbreaking.  I see, coming from a Canadian perspective,  it seems that there is a lack of action.  And a big part of that is gun law and major discourse in America.  The main thing is that it keeps happening.”

“As a Canadian and someone who grew up with guns, I have hunted in Canada and I respect firearms.  I tried to contribute to a rational discussion about it and I wanted to help out.”

Such a kind act for a man who does not even have children yet.  I am sure his donation was appreciated by the grieving families.