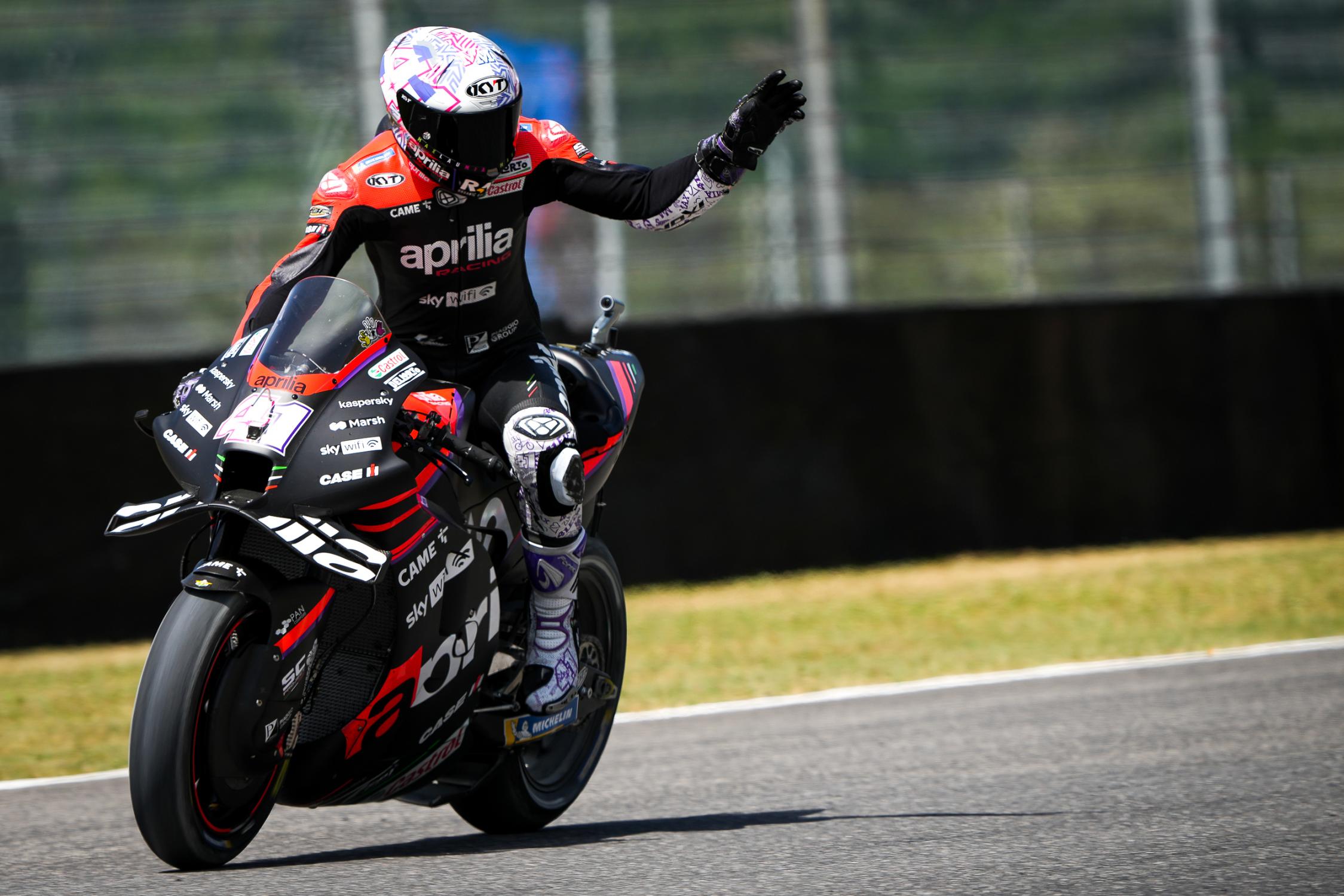 It was Espargaro’s second pole of the season, and fourth of his MotoGP career. He is a favorite for Catalan GP victory having produced stunning race pace in practice.

“What qualifiers! It’s nice to be ahead of the rest here in Barcelona, but it was anything but easy. The bike moved around a lot, the conditions were critical, and I really had to give one hundred percent. I also have to thank Maverick because thanks to his slipstream on the straight, I gained a few key meters. Overall, we worked well, both on the flying lap and in terms of preparing for the race. Now all that’s left is to start well, stay focused, and see who has conserved their tires the best in the finale.”