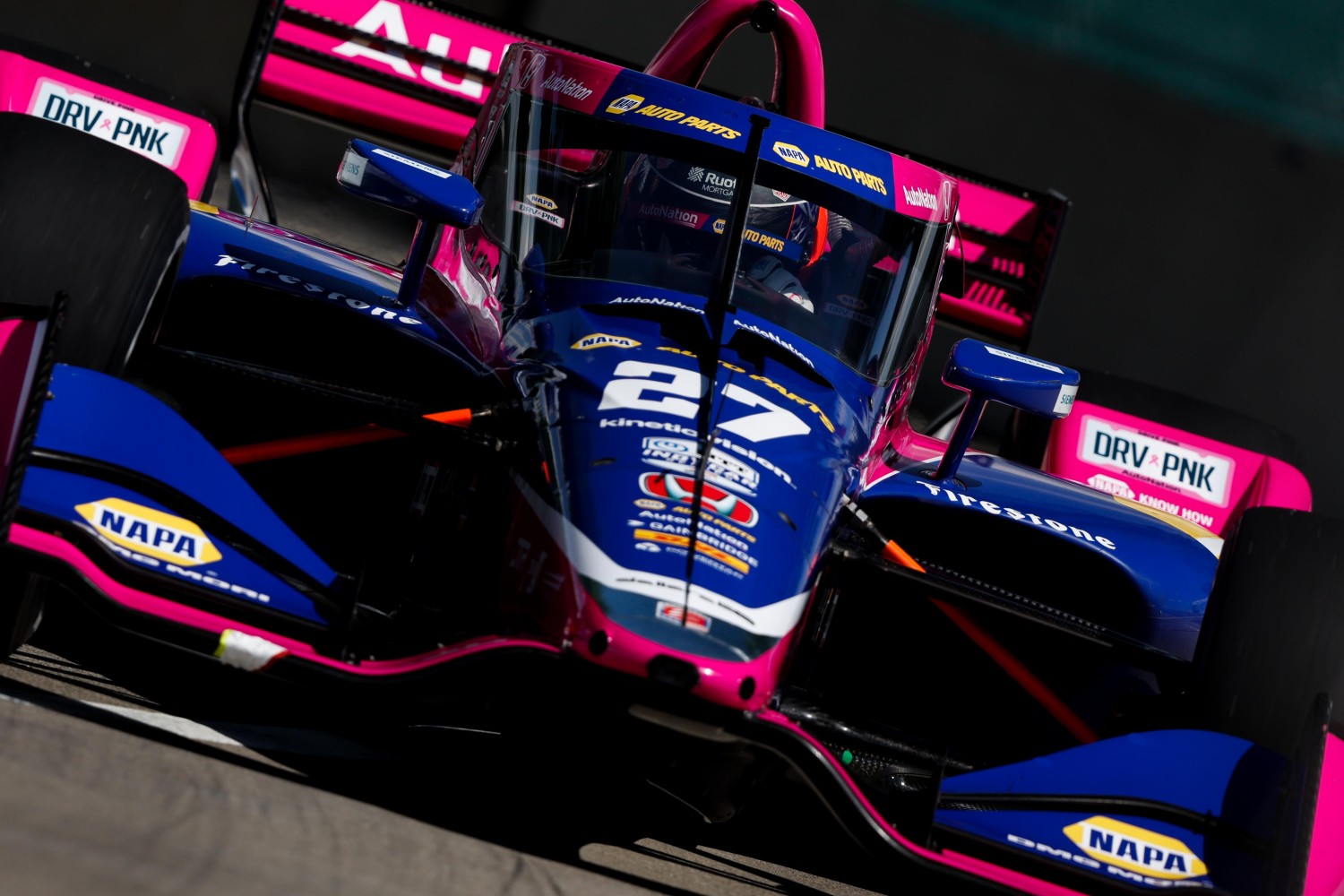 Andretti Autosport’s Alexander Rossi, a new contract in hand with Arrow McLaren next year, turned the fastest lap of 1m15.8101s in his #27 Honda in a red-flagged interrupted practice 2 for the Detroit GP.

Simon Pagenaud was 0.07s behind in his Meyer Shank Racing Honda

Josef Newgarden was the fastest Chevy in third, 0.1s back

Helio Castroneves and rookie David Malukas rounded out the top-5.

The red flag flew 5 times as driver after driver ran out of talent and either crashed or spun.