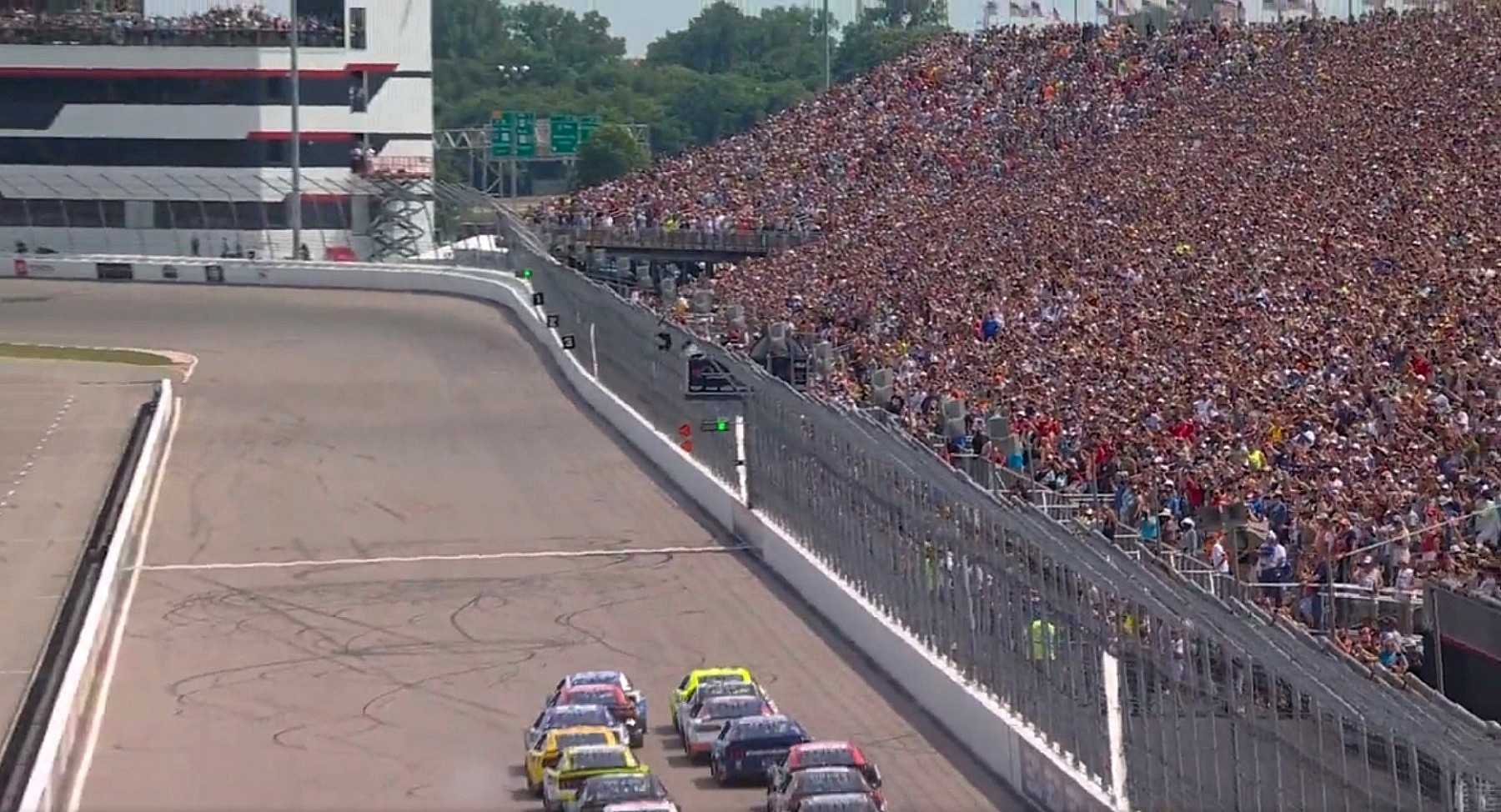 “The weekend has gone unbelievably well,” said raceway owner Curtis Francois. “It was an event that will go down in history as the biggest and best racing event ever in the St. Louis region.”

“We’re going to be racing for a long time to come here. This is the success we thought was going to happen,” he said. “I’ve been around for a long time in racing and I knew there was a special part to the racetrack here shown only when the best of the best showed up. It was certainly on display today.”

An economic impact study from Maryville University estimated the three-day event would draw 83,000 people and could bring as much as $60 million to the region.

“We had all the components to be able to host a NASCAR event but it’s the person who leads the track and knows their industry well that really put us over the top,” said Kitty Ratcliffe, president of Explore St. Louis. “This is a must-do for someone who is a NASCAR fan.”

“We’re already making plans for next year and making our crew bigger that’s going to come down to the race,” said Kim Baumgartner, who flew in from Minneapolis. “As many that will chip in on a large motor home so we’re camping in the infield next year.”

The crowd for the inaugural NASCAR Cup race at WWT Raceway (formerly Gateway) was massive, with every seat and suite sold out.

Although the IndyCar attendance is slowly dwindling at Gateway, NASCAR appears to be the paying public’s preferred race to watch.

With the demand so large for NASCAR Cup racing, the track may have to consider building more grandstands to accommodate the demand.

This is going to make it hard for IndyCar to continue at the track long-term, as the market will only support so many race tickets being sold each year.

Let’s hope history is wrong this time, but with a little over 2 months to go, there are still a massive number of unsold IndyCar race tickets available.