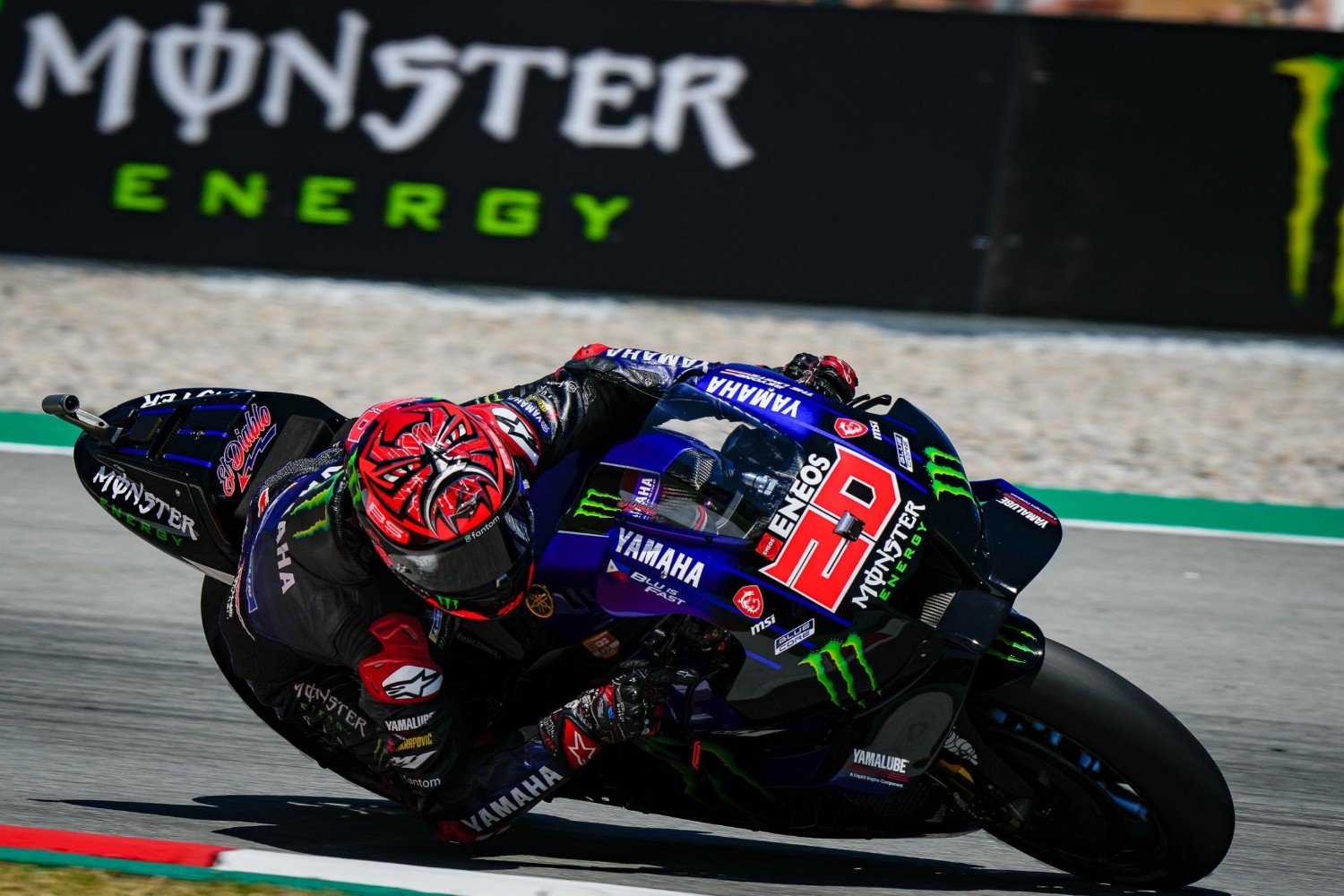 Fabio Quartararo flexed his muscles yet again around the Circuit de Barcelona – Catalunya by setting the fastest lap of the Official Catalunya Test just one day on from his victory in the Monster Energy Catalan Grand Prix.

The Frenchman’s 1:39.447 in the opening part of the eight-hour Official Test was enough for him to cling on to top spot by the narrowest of margins, with Ducati Lenovo Team’s Francesco Bagnaia only 0.004 seconds adrift in second.

Completing the top three was Prima Pramac Racing’s Johann Zarco, who, despite claiming the final podium place on Sunday, completed a tiring 93 laps during the day.