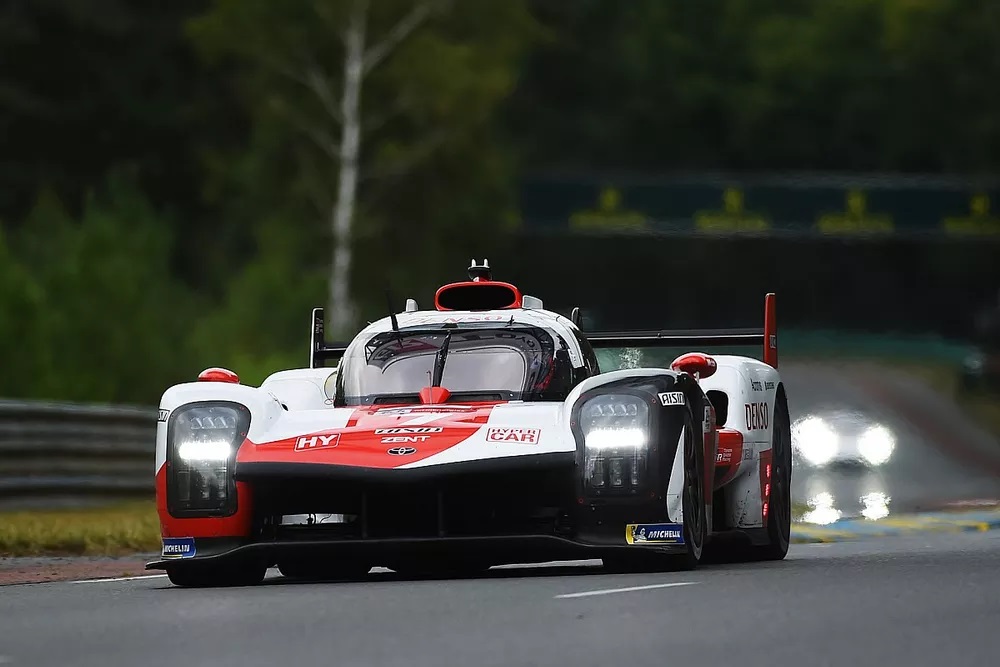 Most of the starting positions for the 90th 24 Hours of Le Mans will be decided in Wednesday’s qualifiers (19:00 to 20:00). However, the fastest 23 of the 62 teams entered will have a run-off in the Hyperpole session.

Introduced in 2020 to give teams a chance to demonstrate pure speed, the Hyperpole session is for the first six qualifiers in each class only. The outcome determines the top six places in each class on the starting grid. However, as there are five Hypercar entries, 23 cars will compete in Hyperpole, not 24.

Fast and furious
The Le Mans 24 Hours circuit may be 8.47-miles long, but with 62 cars on the track in the qualifying sessions, achieving the perfect lap is far from easy. Yellow flags, slow zones and traffic can all hamper the quest for pole position. This is precisely what prompted the Automobile Club de l’Ouest to create Hyperpole.

By selecting only the six fastest cars in each class at the end of the qualifiers, the ACO gives drivers the opportunity to focus purely on speed without having to worry about traffic management or any of the other factors mentioned above. In Hyperpole, drivers only have to focus on one thing: achieving their best possible lap. “

What I can tell you about Hyperpole is that it sparks jealousy. All the drivers want to be in on it,” laughs Kamui Kobayashi, driver of the #7 Toyota GR010 Hybrid fielded by Toyota Gazoo Racing.

For Porsche GT team driver Kevin Estre, “It’s always nice to be at Le Mans and to get to drive with new tires, little fuel in the car and no traffic. Battling for pole position in Hyperpole is also good for the ego and for prestige. Hyperpole adds a sprint aspect to the 24 Hours of Le Mans. We know that the starting position doesn’t dictate the race, but it’s important to try to be in front.”

What are the rules for Hyperpole?
Just like a standard practice session, the fastest time of each team determines the ranking. Competitors are not allowed to return to the pits or to refuel. However, they are free to choose their tires, within the limit of the eight for the session.

If a car qualified for Hyperpole does not complete any timed laps during the Hyperpole session – except in special cases at the discretion of the stewards – it will be lined up on the grid behind the other Hyperpole cars in the same class.

Does Hyperpole give teams a lucky start?
Winning Hyperpole is no guarantee of victory at the 24 Hours of Le Mans. In 2021, the LMP2, LMGTE Pro and LMGTE Am Hyperpolesitters (JOTA, Hub Auto Racing and Dempsey-Proton Racing) did not go on to win the race. Nor did the 2020 Hyperpole winners for the LMP1, LMGTE Pro and LMGTE Am classes (Toyota Gazoo Racing’s #7 car, Porsche GT Team and Luzich Racing).

Last year, the Toyota Gazoo Racing #7 Toyota GR010 Hybrid driven by Kamui Kobayashi, won the first Hyperpole of the Hypercar era with a time of 3:23.900.