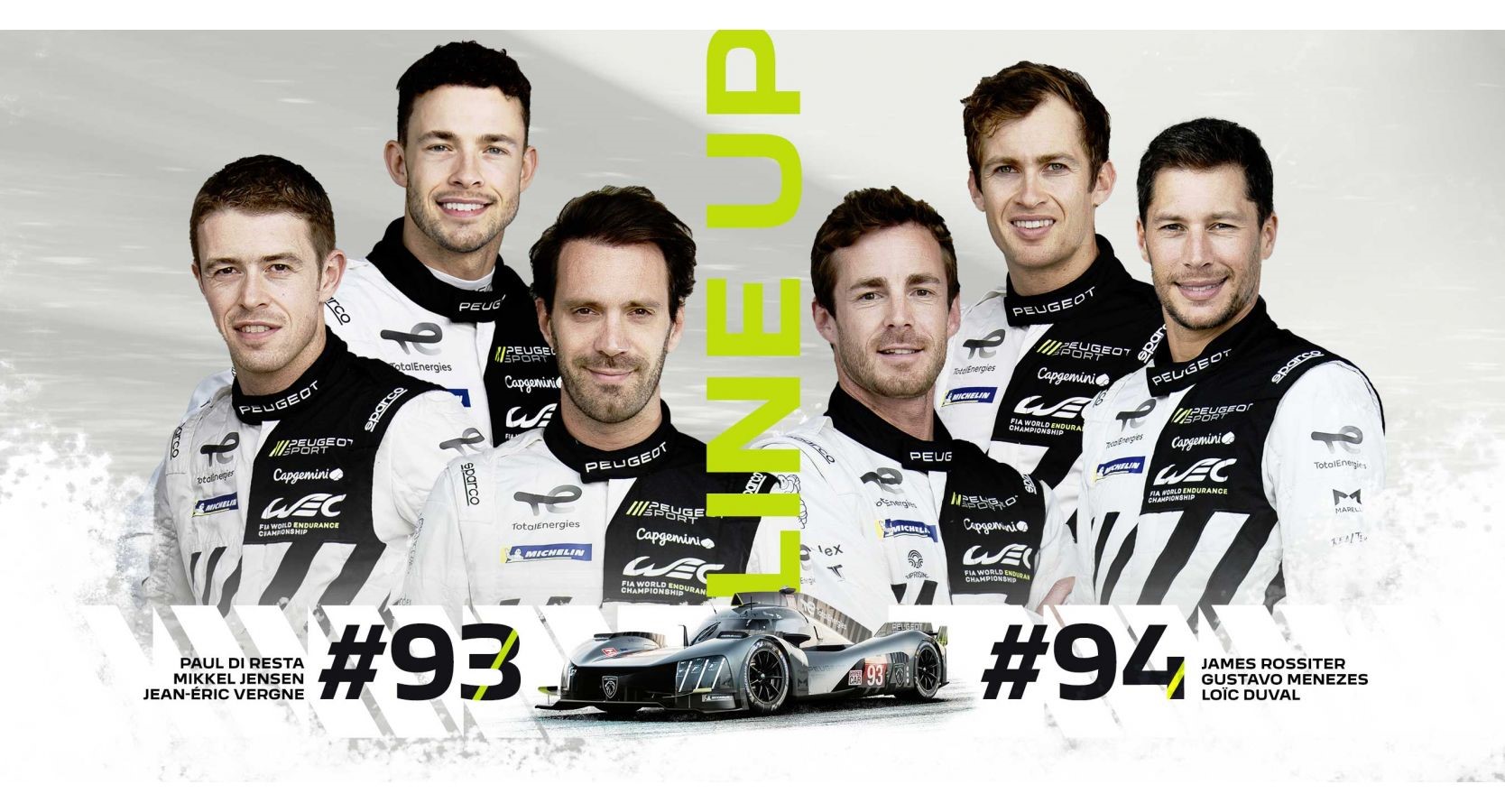 From today, the new PEUGEOT 9X8 Hypercar will be on show to motorsport fans at the Le Mans 24 Hours for the duration of race week. In addition, Team Peugeot TotalEnergies has confirmed which drivers will share which car when the prototype makes its competitive debut at Monza on July 10.

The two PEUGEOT 9X8s will join the FIA World Endurance Championship for the first time at Round 4 of the 2022 series – the 6 Hours of Monza (July 10). Two hybrid-electric 9X8 Hypercars will take part in the Italian race, each crewed by three drivers, as follows:

“We have finalized our two crews for the 9X8’s debut race at Monza following multiple test sessions and painstaking analysis of data, driving styles and individual relationships. Over the course of the car’s design and development, the experience, technical input and team spirit brought to the table by all our drivers have been absolutely essential.”