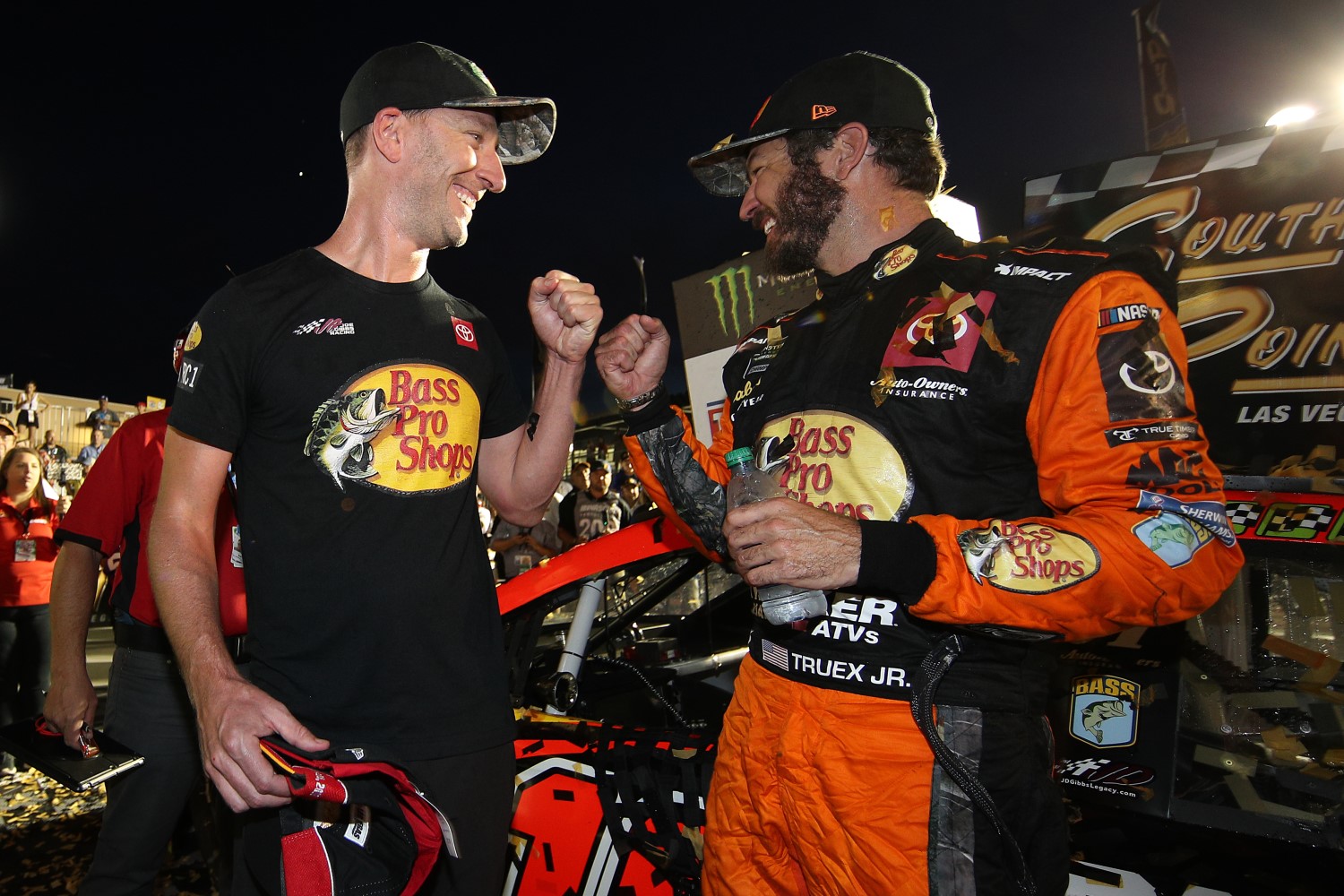 Break out the old No. 19 gear. Cole Pearn is back on Joe Gibbs Racing’s roster.

The championship-winning crew chief has been added as an engineer to Martin Truex Jr.’s road team for Sunday’s NASCAR Cup Series race at Sonoma Raceway (4 p.m. ET on FS1, PRN and SiriusXM NASCAR Radio). The pairing is a familiar one, as Pearn and Truex spent five full-time seasons together from 2015-19. Their joint tenure was highlighted by the 2017 title after an eight-win year.

James Small, who took over atop the box in 2020, is still listed as Truex’s crew chief. Small and Truex have won five races since then.

A Joe Gibbs Racing spokesperson said Pearn’s return would be a one-week arrangement. Nick Burton, the No. 19 team’s regular engineer, will miss this Sunday’s race to attend a wedding. That prompted Small to ask Pearn to fill in.

This won’t be the first time Pearn and Truex have been reunited since the former retired after the 2019 season. Pearn came back in 2021 as a spotter on the No. 19 team for the Round of 12 elimination race at Charlotte Motor Speedway, which used the Roval layout. Like the Roval, where he finished 19th, Sonoma is also a road course.

Pearn and Truex earned 24 wins in total — three of which came on road courses. They won at Watkins Glen International in 2017 and at Sonoma in 2018 and 2019.