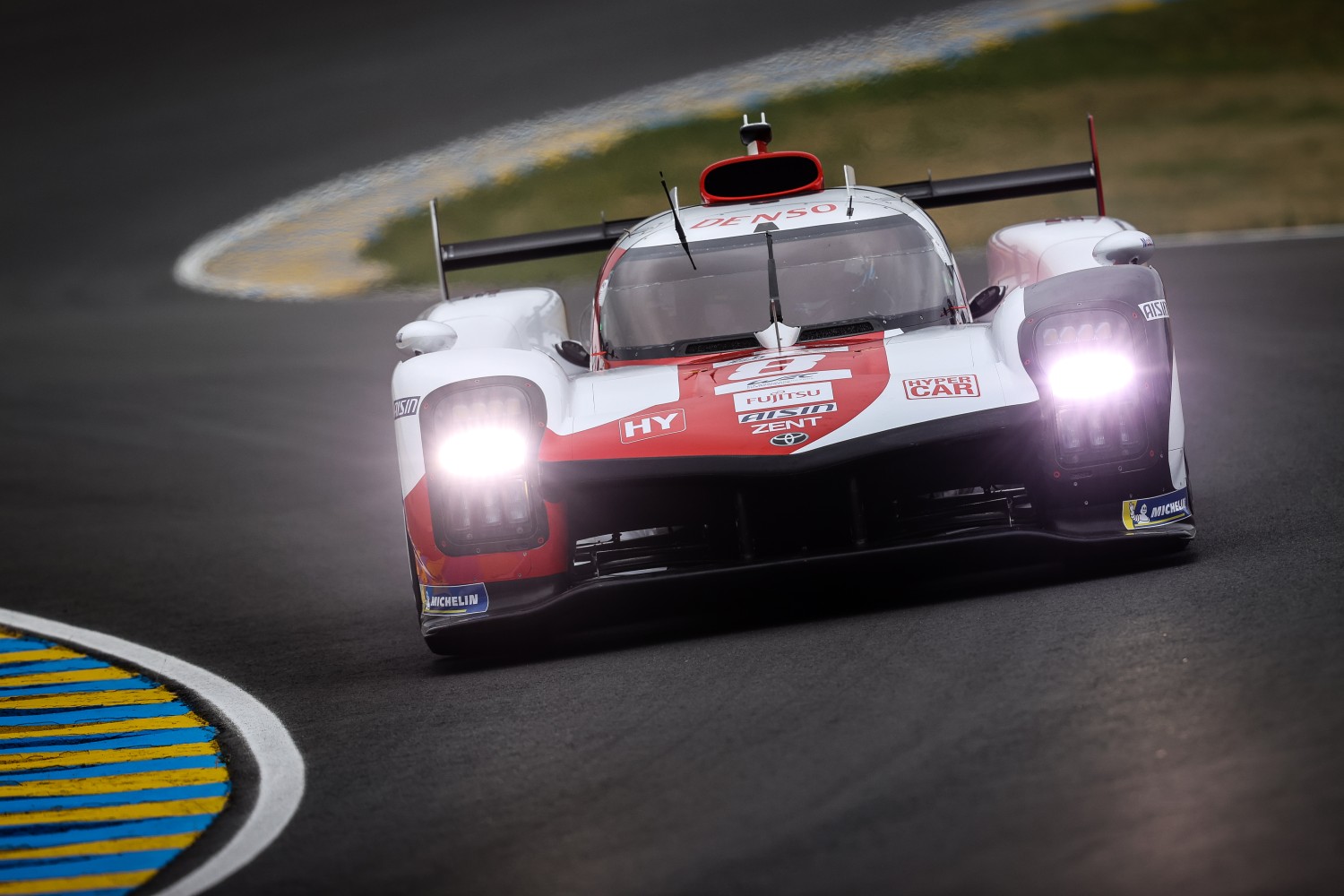 Brendon Hartley is the king of Le Mans qualifying with a brilliant 3m24.408s lap in a thrilling finale to clinch the Hyperpole.

Toyota is 1-2 after the final shootout sees the New Zealander beat teammate Kamui Kobayashi in No.7 Toyota by just 0.177s

Alpine ELF Team ends up third after 3m24.850s lap by Nicolas Lapierre is lauded by a large fanbase for the “Les Bleues” squad. But the French ace loses his fastest tour for track limits.

Glickenhaus is fourth and fifth as all Hypercars are covered by just 1.9s. Four of the five Hypercars tops times during the 30-minute session.

That also was the last time Corvette Racing started Le Mans with two cars on the front row. Antonio Garcia sealed the effort in the No. 63 Mobil 1/SiriusXM Corvette C8.R with a time of 3:50.177 (132.414 mph). It continued a solid pre-race program for the mid-engine Corvettes, which are at Le Mans for the second time.

The two Corvettes have shown impressive form since Sunday’s Test Day with the full benefit of running the WEC with the N. 64 Corvette being realized. The next goal is add another 1-2 finish… this time Sunday afternoon for the team’s ninth class win and first since 2015.

Porsche GT Team start from the second row of the grid as No.91 leads No.92 Porsche 911 RSR-19 as Frederic Makowiecki and Laurens Vanthoor set times.

In LMP2 the No.31 Le Mans LMP2 title defending car driven by Robin Frijns holds off challengers after a scintillating 3m28.394s lap.

This beats the No.41 Realteam by WRT car driven by Norman Nato by a huge 1.3s, while the No.22 United Autosports Oreca-Gibson is third with Filipe Albuquerque at the wheel.

No.38 JOTA entry places fourth ahead of Prema Orlen Team of Louis Deletraz and No.23 United Autosports car of Alex Lynn.

In the LMGTE Am class, the No.61 AF Corse Ferrari driven by Vincent Abril shades the Kessel Racing car of Mikkel Jensen to make it a Prancing Horse front-row lock-out.

No.54 AF Corse places fifth with Nick Cassidy at wheel, while Iron Dames take sixth thanks to Rahel Frey.