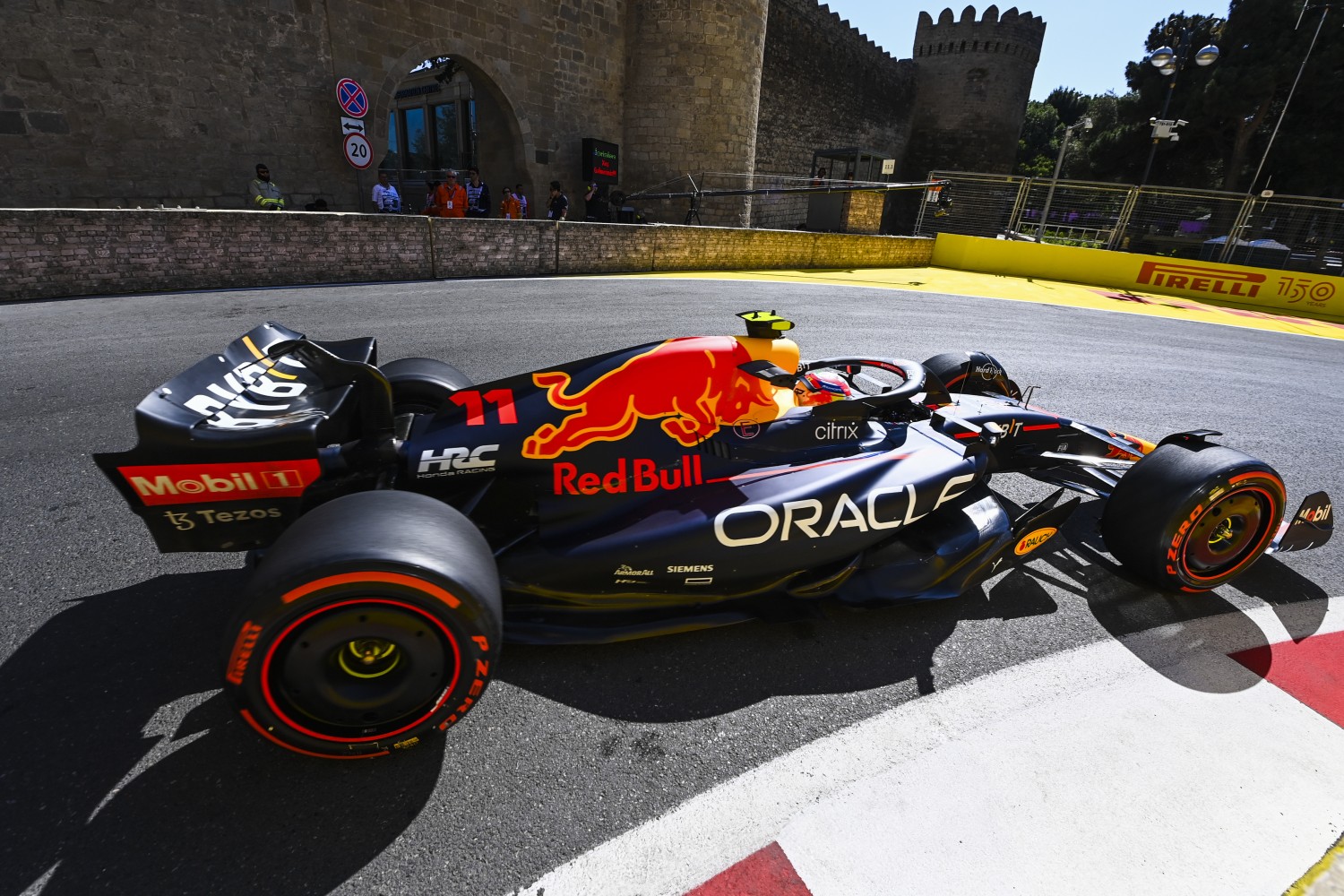 Max Verstappen was balked by Esteban Ocon on his fast lap, which resulted in his Red Bull teammate Sergio Perez keeping the fastest lap for the final practice in Baku for the Azerbaijan GP. If not, it is likely it would have been a Red Bull 1-2

George Russell again beat his slower Mercedes teammate Lewis Hamilton, Russell 1.4 back in 8th and Hamilton 1.675s back in 12th.

So advantage back towards Red Bull then?  Conditions will be much cooler later on and that may well switch around the order, with tire warm up set to be quite different.
Add in the tow, and there are plenty of variables heading into qualifying.