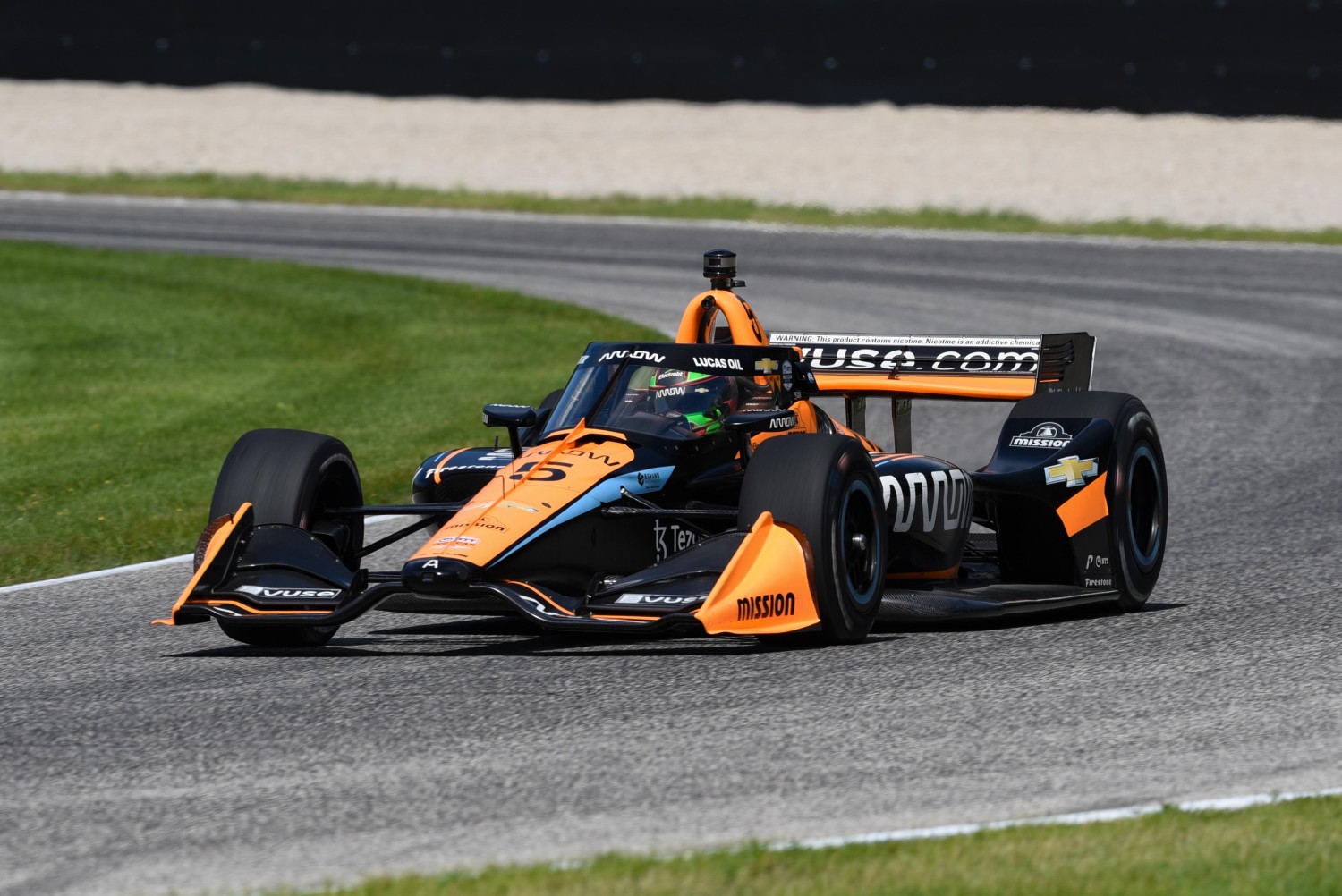 Pato O’Ward was the quickest driver during practice Saturday morning for the Sonsio Grand Prix at Road America presented by AMR, turning a top lap of 1 minute, 45.2681 seconds in the No. 5 Arrow McLaren SP Chevrolet.

“We did a lot of really good work overnight,” O’Ward said. “We got her in the window. It feels a lot better than it did yesterday. Yesterday was really messy.

“It’s such a long track where if you’re really struggling with a balance issue, you’re going to lose so much. But if you have something you’re comfortable with and you can hustle, it’s obviously rewarding. We’re looking forward to qualifying. Who knows what reds (Firestone alternate tires) are going to do?”

Will Power was second quickest at 1:45.3849 in the No. 12 Verizon Team Penske Chevrolet, followed by reigning series champion Alex Palou at 1:45.4062 in the No. 10 The American Legion Honda.

Alexander Rossi, quickest Friday at 1:45.6027, was fourth this morning at 1:45.5576 in the No. 27 NAPA AUTO PARTS/AutoNation Honda. He spent a considerable amount of time in the pits during the 45-minute session with a clutch problem.

Two-time series champion Josef Newgarden was fifth at 1:45.5744 in the No. 2 PPG Team Penske Chevrolet.