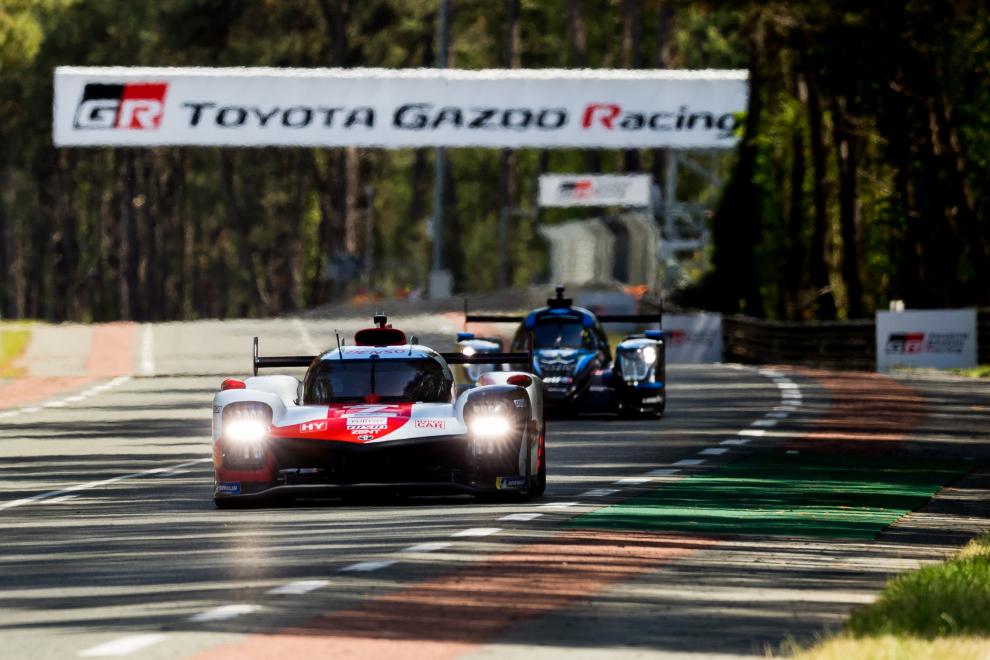 Toyota has stretched its advantage at the head of the Le Mans 24 Hours as the race hits half-distance. The #8 GR010 of Brendon Hartley, Ryo Hirakawa and Sébastien Buemi has maintained its 20 second lead over the sister car, of Kamui Kobayashi, Mike Conway, and José Maria López. At the halfway point, the Glickenhaus Racing #709 SCG007 sits over two laps behind, with Ryan Briscoe, Richard Westbrook and Frank Mailleux the only other Hypercar machine that has run without issue.

The #708 Glickenhaus SCG007 has recovered to sixth position overall after their hit on the wall earlier, while the #36 Alpine Elf Team A480-Gibson has run into further issues, and sits in 22nd place, in the middle of the LMP2 pack.

In LMP2, it has been the #38 JOTA Oreca 07 that has lead the field through the night – first with Will Stevens, then with António Félix Da Costa taking the reigns overnight in the car they share with Roberto González. They have stretched their advantage to over a lap to the competition, with the rest of the top ten a mix of skirmishes and squabbles through the night.

Currently, the #9 Prema Orlen Team sits second, with Louis Delétraz at the wheel, followed by Sean Gelael in the #31 Team WRT Oreca. The #28 JOTA Oreca with Oliver Rasmussen sits fourth, but is due a pit stop, with Team Penske and Felipe Nasr in the #5 completing the top five. Prema and Penske have exclusively run their professional drivers overnight, which has seen them make gains through the field. Deletraz squeezed past Sean Gelael in the #31 WRT Oreca on the main straight, being forced all the way to the wall in order to make the move, while Nasr in the #5 Team Penske car was the one making moves, passing Julien Canal in the #65 Panis Racing Oreca.

The #92 Porsche 911 RSR of Michael Christensen, Kevin Estre, and Laurens Vanthoor have held control of the GTE Pro class through the night, stretching a 100.4 second lead over the #64 Chevrolet Corvette of Nick Tandy, Alexander Sims, and Tommy Milner. The #51 AF Corse Ferrari completes the top three, with James Calado currently at the wheel.

The two Porsches are pitting off sequence by approximately half a stint to the rest of the competition, which moves the #91 Porsche of Frédéric Makowiecki, Richard Leitz, and Gianmaria Bruni into second place through each pit sequence. Currently, the #91 sits about 50 seconds behind the second placed Corvette, but time will tell which will be better placed for the final part of the race.

The #52 AF Corse Ferrari completes the top 5 a lap down on the leaders, with the #74 Riley Motorsports Ferrari running trouble free but a further lap down. The #63 Chevrolet Corvette has continued to suffer problems overnight, but is still out on track, currently the next to last car still running.

GTE-Am has been largely lead by the #79 Weathertech Racing Porsche, with significant drive time being completed by both Thomas Merrill and Cooper MacNeil overnight. However, at the half way point, the TF Sport #33 Aston Martin of Henrique Chaves was in the lead for the first time, taking position while the #79 took a pit stop. 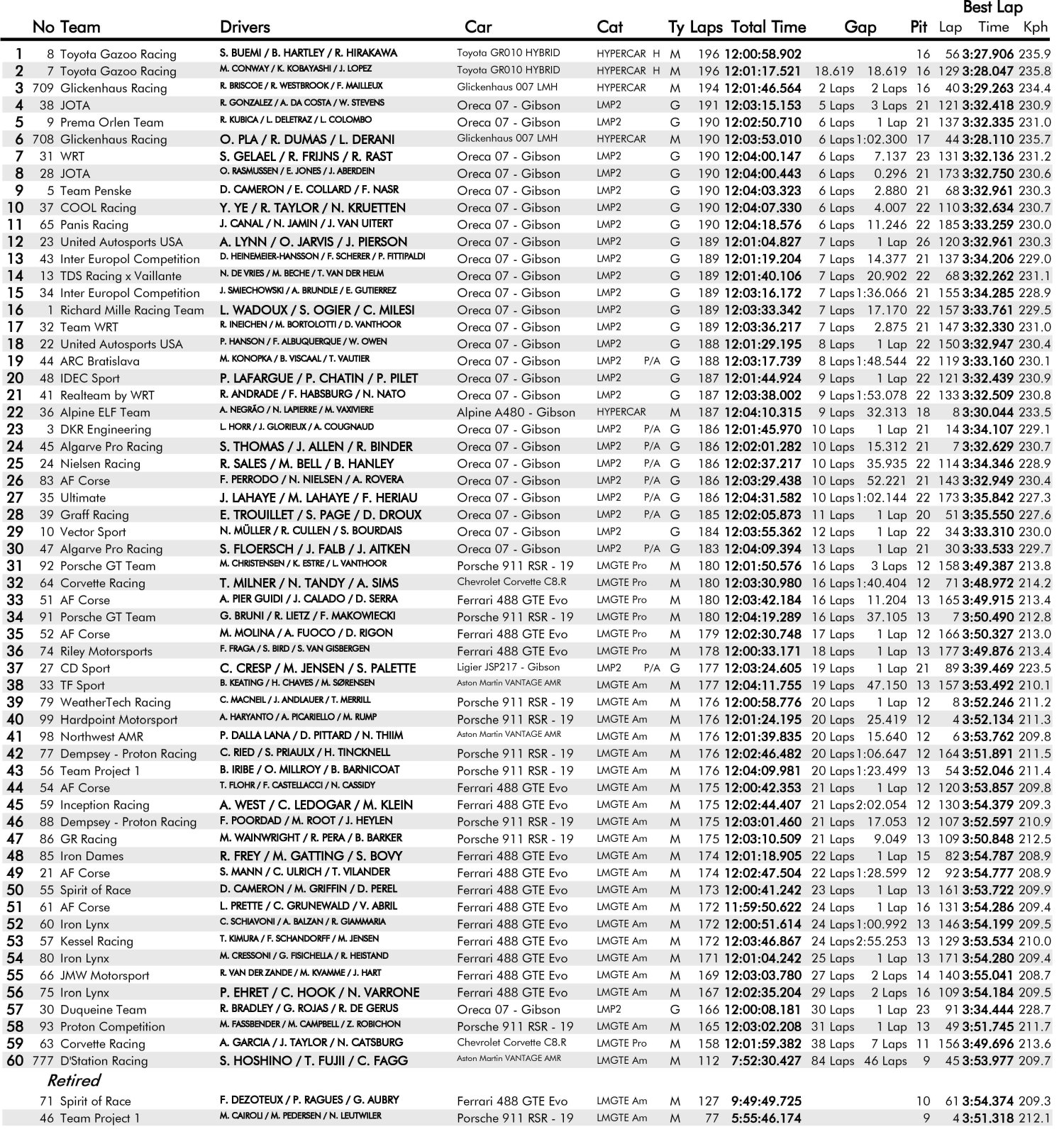