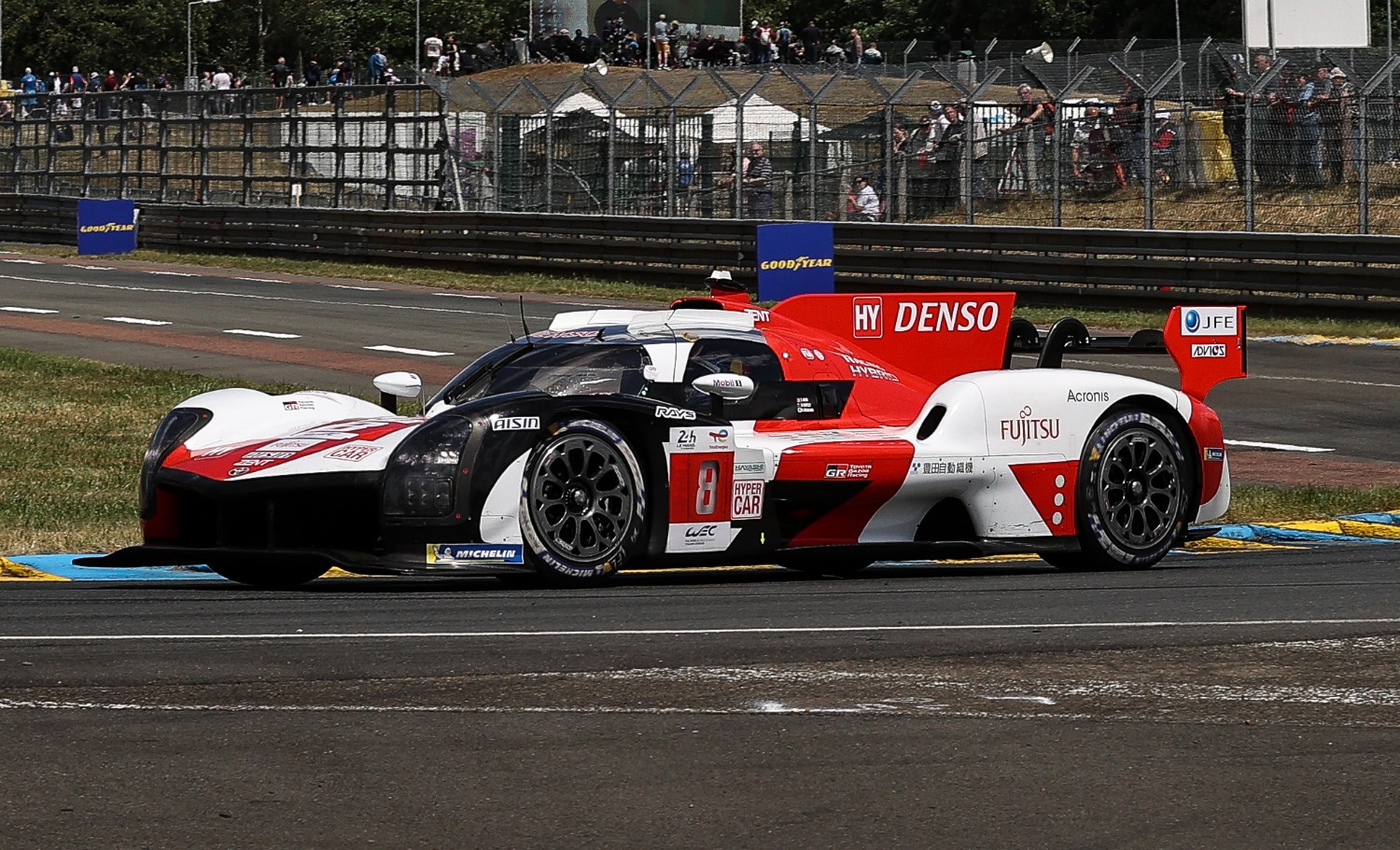 It’s daybreak in Le Mans now and at the 2/3rds mark the Toyota Gazoo Racing continues its stranglehold at the 24 Hours of Le Mans, now with the #8 GR010 leading from the sister car. The Hirakawa, Hartley, and Buemi now lead after the #7, which had taken the lead just after the 13 hour mark, but the #8 is back in front by almost a lap now, after the #7 was delayed with a minor issue.

Don’t count the #7 out yet, they are charging.

Lopez was holding a comfortable lead of 15 seconds when his #7 Toyota GR010 crawled to a halt at Arnage, with Hartley passing him for the lead by the time the Argentine was able to perform a reset and get going again.

The #7 Toyota lost further time when Lopez brought the car into the pits at the end of the lap, leaving him more than a lap behind the sister car with eight hours remaining in the race.

The #7 sits comfortably in second, with Jose Maria Lopez enjoying a 3 lap gap to the third placed #709 Glickenhaus Racing SCG007, with Richard Westbrook behind the wheel. The 708 Glickenhaus is currently in 8th place overall.

LMP2 is still being lead by the #38 JOTA Oreca 07, now with Will Stevens behind the wheel.

There has been a change in GTE Pro, with the #92 Porsche of Michael Christensen, Kevin Estre, and Laurens Vanthoor now a couple laps behind the #64 Chevrolet Corvette and the #51 AF Corse Ferrari. The #91 has now taken up the charge for Porsche in 3rd but almost a lap back.