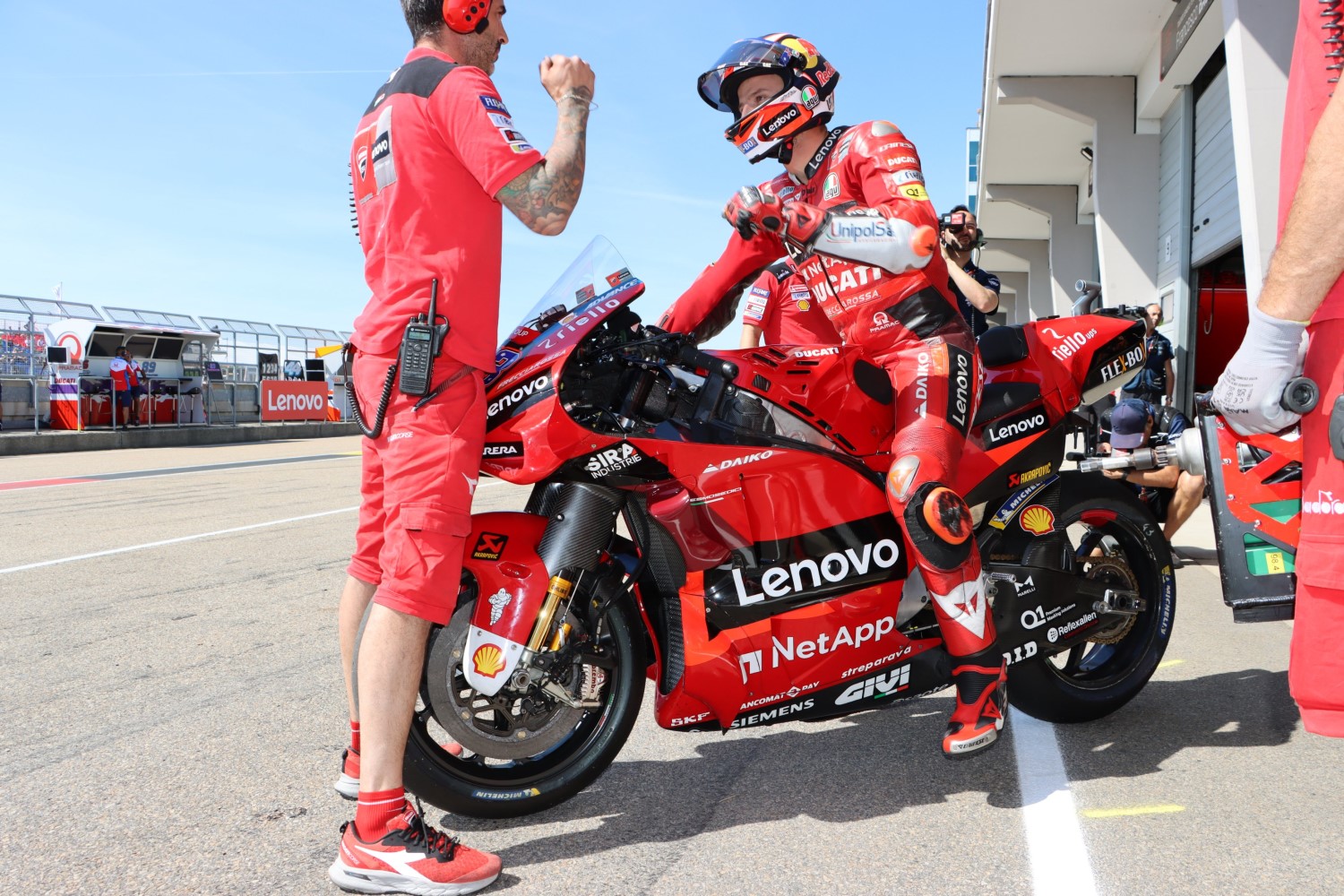 Ducati kicked off the MotoGP German Grand Prix weekend with a 1-2 in FP1 as the Jack Miller led Francesco Bagnaia.

Since the most recent round of the season, Miller has been confirmed as being on his way to Red Bull KTM Factory Racing in 2023, but there are 11 races left in 2022 and the Australian is clearly going to make the most of them.

He set a 1m21.479s just past the 15-minute mark in the opening session this weekend at the Sachsenring, and no one would beat that.