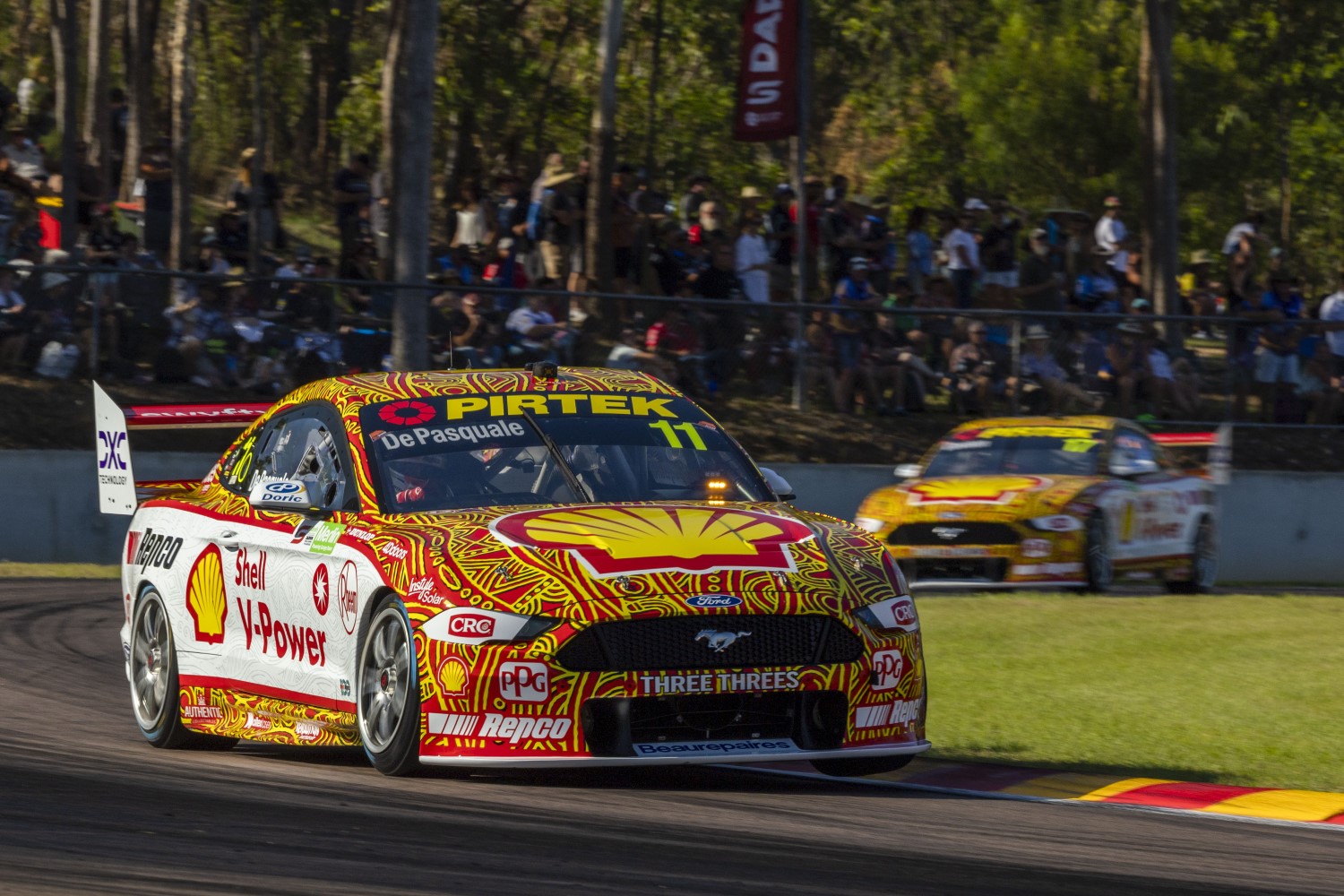 De Pasquale spoiled the party for teammate Will Davison, who started from pole position in his 500th career race.

The Shell V-Power duo made sure they were racing for keeps after starting side-by-side on the front row of the grid, and collided into each other on Turn 5, almost ending both of their races.

As it was both escaped largely unscathed, with De Pasquale driving away and holding on for a famous victory in front of his veteran teammate who clocked up podium finish number 71 for his career.

Van Gisbergen took on three tires at his stop, which was a sluggish 11 seconds. The championship leader mowed down the top five runners and was within reach of the leading teammates.

However, a defiant Davison denied van Gisbergen a chance at his teammate, who claimed his maiden victory of 2022.

“It’s awesome, always good to get a one-two,” said De Pasquale, who last won in Sydney in November 2021.

“If you’re not careful, it turns to marshmallows pretty quick.

“Shane was coming quick on three tires, he made us work for it.

“We know we’re got the team and the package to do it.”

The slow stop ensured van Gisbergen emerged from his only pit stop of the race behind both Shell V-Power cars, Chaz Mostert, Andre Heimgartner, Broc Feeney and Scott Pye.

The defending Supercars Champion mowed down all in front of him from there, but could not get past Davison who held off the #97 Red Bull and ensured De Pasquale claimed the win.